How embracing 'Ottomania' may backfire on Turkey's ruling party

As the April referendum approaches, the pro-Erdogan camp’s calculation to benefit from the Ottoman dream is shattered with a member of the dynasty demanding reparations and the throne. 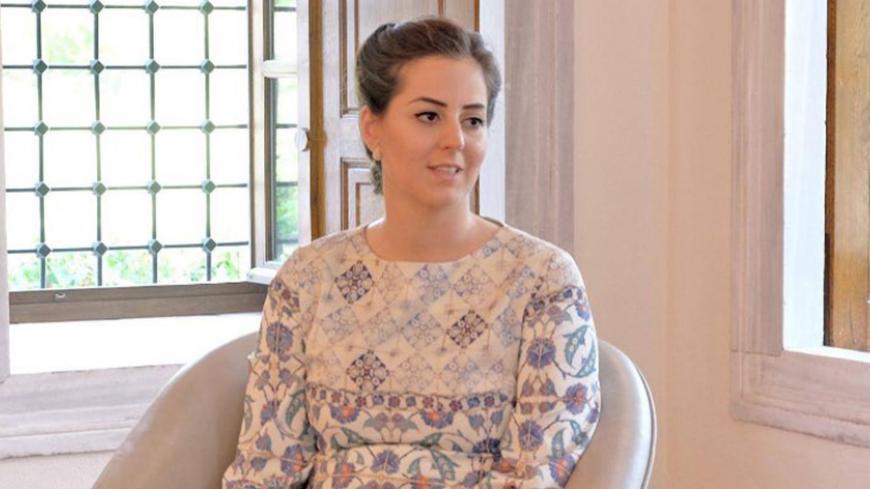 Nilhan Osmanoglu, who claims to be a direct descendant of Ottoman Sultan Abdulhamid II and has pledged to vote "yes" in an upcoming Turkish referendum on adopting a presidential system of governance, is shown in an undated photo.

President Recep Tayyip Erdogan's neo-Ottoman dreams have crumbled in the Middle East, so to conceal this Islamists have turned neo-Ottomanism into a lucrative social business in Turkey.

If you scanned last week’s news from Turkish newspapers or social media, you might doubt that the Ottoman Empire had in fact collapsed in 1922 and that the descendants of the dynasty had been sent into exile in 1924. Turkey has gone neo-Ottoman on steroids.

Although in 1974 members of families of Ottoman rulers were allowed back into Turkey, most of them kept low profiles and lived modestly. As Ryan Gingeras, associate professor at the naval postgraduate school in Monterey, California, explains in his book "The Fall of the Sultanate," Ottoman family members were always respectful and considerate about the new republic’s laws.

The last registered member of the Ottoman royal family died in 2012, while Turkey’s neo-Ottoman foreign policy was making headlines with aggressive yet inconclusive struggles. Much to Erdogan’s chagrin, neo-Ottoman aspirations in the Middle East have collapsed, yet neo-Ottomanism took off in the domestic cultural sphere through soap operas detailing the mysterious life of the palace and the royal family. Ottomania immediately caught on in the commercial sphere. Everyone could fantasize about being a sultan or sultana for a day or a couple of hours with fancy costumes, scents, hamams, jewelry and home decorations. It was only a few years ago that Istiklal Avenue was bursting with tourists and street vendors were advertising women’s lingerie as “Hurrem Sultan’s nightgown, this will surely take you to the Sultan’s bed at night.”

In the first couple of years of Ottoman palace dreams, all sections of society enjoyed neo-Ottoman fantasies: Secular Turks had cocktails named after various sultans and sultanas, while Islamist sections of Turkish society struggled to emphasize that their love and attraction for the Ottoman dynasty was to reinstate the caliphate. Eventually, particularly over the last couple of years, Ottoman memorabilia has become a symbol of the conservative stand in society.

And on Jan. 26, one of the dozens of descendants of the Ottoman House of Osman dynasty, Nilhan Osmanoglu, tweeted a video of herself declaring her support for the constitutional amendments that Erdogan wants to vastly increase the power of his office. Her endorsement of the imperial presidency was cherished by pro-Justice and Development Party (AKP) accounts, and her tweet became an instant trending topic. While attending a formal gathering Jan. 31, Osmanoglu targeted Kemal Kilicdaroglu, the leader of the main opposition party, the Republican People's Party (CHP). Kilicdaroglu, who is against the amendments, had asked voters to consider why they were not happy with a parliamentary system. Osmanoglu responded by saying Turks have had enough of the parliamentary system; in a well-crafted speech, she touched all the nerves of Turkish conservatives by blaming the traumatic events Turkey has been suffering on the parliamentary system.

Her words generated reaction from the opposition, and she became a celebrity overnight in Turkey. In fact, she has been in the news for the last couple of years, seeking public attention for her commercial interests. For example, she was proud that her webpage, which sells Ottoman-themed products, is not accessible during Friday prayers. A sign appears that reads, “We are closed due to Friday prayers. Please visit us another time.”

However, Osmanoglu did not stop there. Next, she went on a talk show and confessed she considers herself blue-blooded royalty and hence would love to see the monarchy reinstated. She also went to court demanding lands and property she claims belong to her royal ancestors. She had stated on various TV shows that while Ottomans are en vogue in Turkey, she could not remain as a ghost. She declared that if the courts in Turkey fail to return the lands and property back to her family, she would take the inheritance case to the European Court of Human Rights.

In interviews, she lamented that that she has no heirloom jewelry from her family. She said that when she goes to Saudi Arabia, she is hosted as a princess, but in Turkey she is not accorded the proper protocol.

Osmanoglu’s limited education has not helped her cause. She was ridiculed by all corners of society when she claimed Napoleon (who died decades before Osmanoglu’s favorite sultan, Abdulhamid, was born) had said that “Abdulhamid is the second-richest man on earth after me.”

Yet it was her request for land deeds and titles that ticked off all Turks. Newspapers critical of her request made it clear that it could entail hundreds of pieces of land within and outside the borders of Turkey. Also, the idea of bringing back the sultanate did not sit well with the majority of Turks. Hundreds of comments poured in on social media, asking Osmanoglu first to assume the debt that the Ottoman dynasty left behind in the 1920s. While conservative sections of the society kept quiet, knowing Erdogan has no royal Ottoman blood, the opposition enjoyed ridiculing her demands. One tweet, which was retweeted more than 10,000 times, read, “Do not pay attention to those who introduce themselves as descendants of the Ottoman dynasty and then demand island, peninsula, palace or pre-paid cellphone credits.”

There was another hashtag arguing that Osmanoglu is not just a member of the Ottoman dynasty, but a great granddaughter of a caliph — hence, she should observe Islamic dress code. Immediately, #nildanosmanoglukapansin (Nildan Osmanoglu should cover up) became a trending hashtag. Osmanoglu had a confusing answer, first claiming Islamic dress code was not a religious requirement, then arguing that she was not ready to cover her head but that she was raised as an observant Muslim. In the meantime, photos allegedly showing her in a bikini spread on social media. Osmanoglu was ridiculed even on the rather conservative Uludag Sozluk, a collaborative online website.

Hundreds of entries on the liberal webpage Eksisozluk harshly criticized Osmanoglu for her greed and her lack of respect for her own ancestry. For example, several commentators asked why she had not spent a few hundred dollars to have a proper gravestone for her great uncle if she valued her ancestors so much.

What started as a win-win situation for Osmanoglu and the AKP — with the newly launched Osmanoglu product line's gaining name recognition, and her presidential-system endorsement's encouraging neo-Ottoman-admiring Islamist crowds — backfired and damaged the "yes" campaign deeply. Her demands of land, property and the throne angered Islamists and were ridiculed by all opposition groups in Turkey. People were initially furious as to why she was allowed to appear constantly on prime time television. Yet, in a smart move, the opposition decided to utilize her call to reinstate the sultanate as the best tool to persuade undecided voters to say "no" in the approaching referendum.

Al-Monitor contacted several businessmen and Islamists, all of whom were looking for ways to disown Osmanoglu and distance her statements from the Ottoman legacy. One prominent business owner in the Grand Bazaar in Istanbul told Al-Monitor, “This market dates back centuries into Ottoman times. The AKP has given us an alternative reality — an Ottomania where we thought the past could be changed. It was the alluring glory of the fantasy of neo-Ottomanism that held me loyal to the AKP, until the greedy face of this fake sultana filled my living room. The Ottoman dream is no longer comforting, but rather appears brutal.”

Indeed, Osmanoglu’s products and other kitsch images of the Ottoman dream now stand as a sign of the intellectual weakness in the AKP ranks.