Support for the constitutional amendment meant to clear Turkish President Recep Tayyip Erdogan’s path to an executive presidency is weakening in the polls, and the descendant of an Ottoman emperor is helping finesse nostalgia for the empire's glory days. 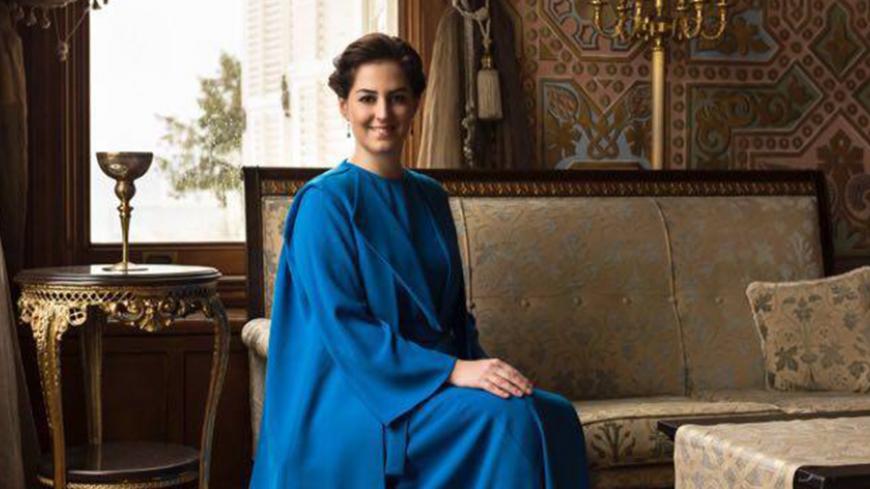 Nilhan Osmanoglu, who claims to be a direct descendant of Ottoman Sultan Abdulhamid II and has pledged to vote yes in an upcoming Turkish referendum on adopting a presidential system of governance, is pictured in an undated photo. - sultandan.com

Turkish President Recep Tayyip Erdogan makes no secret of his yearning for the Ottoman Empire that was abolished by Kemal Ataturk, the founder of the modern republic, with the stroke of a pen. Critics say this nostalgia and Erdogan’s seeming unquenchable thirst for power indicate he wants to become a latter-day sultan with all the position’s glory and accoutrements.

His campaign to endow himself with constitutionally enshrined executive authority — many call it one-man rule — is being cheered on by a real Ottoman princess. But Nilhan Osmanoglu’s blessing has had unintended effects, signaling that it won’t all be smooth sailing for Erdogan.

A referendum on the package containing the constitutional amendment that is meant to clear Erdogan’s path to an executive presidency is due to be held in early April. But some recent opinion polls put the no votes, albeit narrowly, ahead of the yes. This may explain why Erdogan has yet to approve the package, which has been sitting on his desk for several days after being rammed through the parliament. There is speculation that he may tweak it in the hopes of winning more support.

At any rate, he already enjoys that of the princess. Osmanoglu, who claims to be a direct descendent of Ottoman Sultan Abdulhamid II, declared that she would “naturally” vote yes in a planned referendum on Erdogan’s long coveted superpresidency.

In an impassioned speech during a conference devoted to her forebears, Osmanoglu railed against what she called the injustices inflicted by Turkey’s current parliamentary system. It was, she asserted, to blame for the execution of former Prime Minister Adnan Menderes and the ill-treatment of female students who wear the Islamic-style headscarf that was once banned on university campuses. “We’ve had enough of the parliamentary system,” the sultana huffed. Her comments unleashed a furor.

Ozgur Ozel, a member of parliament for the main opposition Republican People’s Party, led the charge, reminding the princess that the empire had lost more territory under Abdulhamid II than under any of his predecessors. “If it weren’t for Ataturk — you would undoubtedly still be alive, but in which room of which palace, in what cage and as which wife of some pasha your grandfather or father deemed you fit for? Just think about it,” Ozel stormed.

Others observed that the 29-year-old has used her imperial credentials to turn a profit with her line of Ottoman-style jewelry, home decor and shawls, all eagerly lapped up by a rising conservative elite enriched under 15 years of Justice and Development Party rule.

Their increasingly ostentatious lifestyle, mirrored by the 1,100-room Ottoman-style presidential complex that Erdogan built for himself in Ankara, has drawn sharp criticism amid allegations of massive government corruption that erupted in 2013 and were hastily quashed. Osmanoglu’s endorsement helped to revive the debate allowing the opposition to cast the referendum as a fight between secular constitutionalists and reactionary monarchists.

Much like Erdogan, Abdulhamid II, who reigned from 1876 until 1908, when he was deposed by the Young Turk revolutionaries, is a divisive figure, both great and harmful. As Ottoman historian Caroline Finkel notes in her compelling “Osman’s Dream,” there are two competing views of Abdulhamid’s reign. His “Kemalist denigrators” see the last years of the empire “as an obscurantist and somewhat shameful past from which their country was delivered by the leadership and vision of Ataturk.” To his far-right and Islamist fans, however, Abdulhamid “is a hero … re-emphasizing the Islamic character of the Ottoman state and championing Muslims against other peoples of the empire.”

But as Finkel points out, neither version is completely accurate. The sultan, like Erdogan, used Islam to unite his crumbling empire. Unlike Erdogan, he appreciated European music and “enjoyed nothing more than having the detective adventures of Sherlock Holmes read to him before going to bed.”

Osmanoglu may have inherited some of his paranoia. In a Feb. 5 statement, she declared that she was perfectly aware of “the ugly plan” and the “systematic attack to discredit me.”

The commotion may have cost Erdogan more votes, but it will have surely attracted more attention to the princess’ products.