Who are real losers of US veto at UN against former Palestine PM?

The United States' blocking of Salam Fayyad as an envoy to the UN secretary-general has reminded the world of the former Palestinian prime minister's applauded reputation. 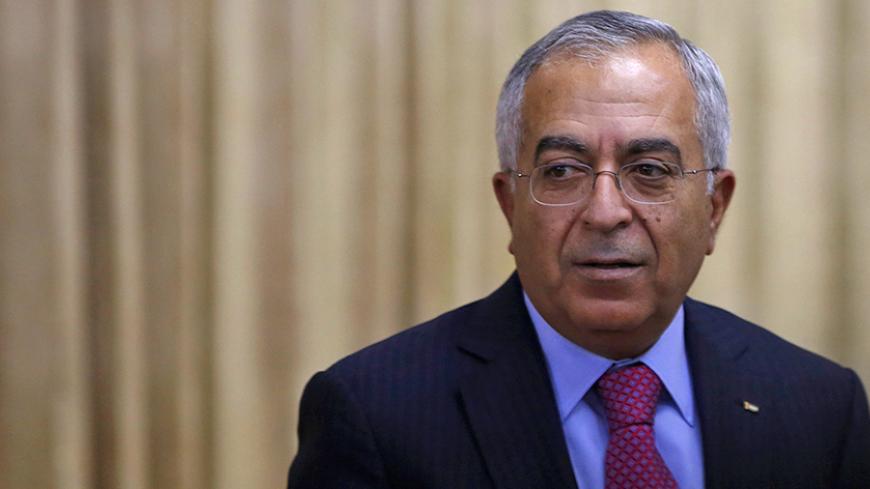 When US President-elect Donald Trump tweeted that things would be different for Israel at the United Nations after his inauguration Jan. 20, no one expected that it would include vetoing a personnel decision by UN Secretary-General Antonio Guterres, but that is exactly what happened with the appointment of former Palestinian Prime Minister Salam Fayyad as Guterres' personal envoy to Libya.

Fayyad had undergone a rigorous selection process at the end of which all parties appeared to be onboard. The secretary-general’s office even sent a draft press release on the appointment for Fayyad to review, Al-Monitor has learned. Then came the shocker: Nikki Haley, the US ambassador to the United Nations, announced Feb. 10 that the United States opposed Fayyad's appointment, calling it “biased and detrimental to our allies in Israel.”

Former US peace envoy and ambassador to Israel Martin Indyk suggested that Haley's statement rejecting the appointment might have been triggered the night before during a private dinner in New York that included the president and his biggest donor, Sheldon Adelson. Adelson is a strong supporter of Israeli Prime Minister Benjamin Netanyahu, who had made it clear that his government was unhappy about Israel's treatment at the United Nations and had opposed Fayyad’s appointment. The reaction to the US veto was swift and crossed partisan lines.

Former US ambassador to Israel Dan Shapiro slammed the move as “stunningly dumb” and a “farce.” The Times of Israel quoted Shapiro as saying, “If you know Fayyad — decent, smart, honest, ethical, hardworking — it’s much more outrageous.” Even the right-wing Jerusalem Post rejected the Trump administration’s position on Fayyad’s appointment. In a Feb. 12 editorial, “Support Fayyad,” the daily criticized Israeli officials for endorsing the US position, calling Fayyad “an exceptional” Palestinian leader.

Fayyad, who resigned in April 2013 and had not talked to Palestinian President Mahmoud Abbas for more than two years, was invited by Abbas to the Muqata, the presidential headquarters in Ramallah, for a private meeting Feb. 13. The official Palestinian news agency, WAFA, issued a brief on the meeting that was also published on Abbas’ Facebook page, noting that the two men had discussed the “destructive Israeli moves against qualified Palestinian talents.”

Hanan Ashrawi, a member of the PLO’s Executive Committee and a political ally of Fayyad during the 2006 Palestinian legislative elections, described the US decision as “unconscionable” and “racist.” She was quoted in various press reports from Feb. 11 as saying, “Blocking the appointment of Fayyad is a case of blatant discrimination on the basis of national identity.”

Guterres himself, of course, had something to say about the US move. Speaking at the World Government Summit in Dubai on Feb. 13, Guterres stood by Fayyad, calling him the right person for the right job at the right moment. “He has qualities that are recognized everywhere,” the secretary-general said. “He has a competence that nobody denies. And it is very important to underline that nobody in the UN represents a government or a country. People in the UN have just one area of loyalty they need to respect — it’s the UN Charter.”

Riyad Mansour, the Palestinian ambassador to the United Nations, told Al-Monitor that the US move is unacceptable and said, “I have repeatedly stated that there is no reason to object to Fayyad’s nomination from the secretary-general to be his representative in Libya.” Mansour said he was angry about the criteria for rejecting Fayyad. “Objecting to a qualified person just because of his nationality is unacceptable,” he said.

Previous US administrations had vetoed Security Council decisions, but as Mansour noted, “None have done so for a qualified appointment that went thorough consultation, and everyone was aware of it.”

Al-Monitor contacted Fayyad, who was restrained in his responses, saying only that he was gratified by the reaction from around the world and from bipartisan officials, and that he had been looking forward to doing something useful. “I am not used to sitting idly around doing very little with my time,” Fayyad said.

The strong reaction to blocking the secretary-general from appointing a qualified Palestinian has left a mark on the Trump administration and has inadvertently resurrected the profile of a Palestinian leader the world had forgotten. It even brought about agreement within Palestinian society and its leadership. Fayyad and Palestinians are not the real losers in this case. Rather, that distinction belongs, unfortunately, to the people of Libya, who have been denied a competent, Arabic-speaking world class talent to help bring their splintered society together.