The newly appointed UN envoy to Libya, Ghassan Salame, must review all previous steps and policies his predecessors made to avoid repeating their mistakes as the war and chaos continue to weigh heavily on Libya. 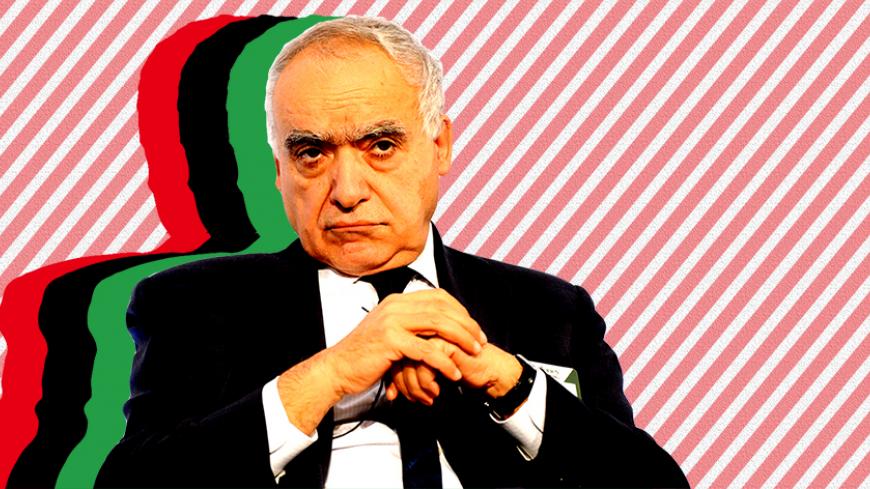 United Nations Secretary-General Antonio Guterres has appointed Ghassan Salame as his new special envoy to Libya and as the head of the UN mission in the country known as the UN Support Mission in Libya. His appointment came after months of searching for the right candidate.

In February, Guterres attempted to appoint Salam Fayyad, the former Palestinian prime minister. But the United States, a veto-holding UN Security Council member, objected to the appointment, accusing the international body of being “unfairly biased in favor of the Palestinian Authority to the detriment of our allies in Israel,” as the US ambassador to the UN, Nikki Haley, saw the matter then.

Salame’s task is not easy, and four of his predecessors have so far failed to deliver peace and reconciliation to the war-ravaged country.

Right after his first meeting with a group of Libyan politicians, before his appointment, Salame tweeted May 19, “Three days of meetings with Libyan leaders has been exhausting but I hope it will help the national reconciliation process” — indicating that he knows the difficulties facing him.

Salame is the second Lebanese to take the post after Tarek Mitri who tried his luck with the Libyans in 2012-14, before he was replaced by Bernardino Leon.

Salame’s predecessor, Martin Kobler, had failed to make the warring Libyan factions accept the UN-brokered peace agreement signed in Skhirat, Morocco, in December 2015. It was during Leon’s tenure that the breakthrough took place and the Libyan Political Agreement (LPA) was signed. That agreement gave birth to the Government of National Accord (GNA), headed by Fayez al-Sarraj. Since then and despite the shuttle diplomacy, nothing has been achieved and much remains to be done.

Since the toppling of its longtime leader, Moammar Gadhafi, on Oct. 20, 2011, Libya has been divided between two quarreling governments and dominated by dozens of armed militias. The country has seen little progress in terms of peace, national reconciliation and economic stability.

What Salame brings to the post is probably his experience being a former Lebanese minister who knows how difficult it is to make quarreling factions agree in the absence of serious national dialogue. In addition, he is a well-known Arab intellectual, academic and author. Before the UN job, he was founding dean of the School of International Affairs, part of the French prestigious Sciences Po think tank and university in Paris.

As the new UN envoy, he should carefully review previous UN efforts in Libya and identify what mistakes were made in tackling the Libyan crisis to avoid repeating them. One major error made by all previous UN diplomats has been the marginalization of two important potential political players: the supporters of the former regime who are a sizeable number in the tribally divided country, and the tribal fabric of the Libyan society, which can’t be sidelined for peace to have a chance.

Supporters of the former regime in exile are now organizing themselves to have Seif al-Islam, Gadhafi’s son, lead them as one group after the young Gadhafi was released from prison June 11. This brings a new dimension to the conflict, since it will be the first time a son of Gadhafi enters the political scene.

As for the tribal fabric of Libya, the majority of Libyan tribes are represented by a broad umbrella group called “The Supreme Council of Libyan Tribes and Cities” that operates from neighboring Egypt. In the past, tribes have been overlooked by all former UN envoys, a mistake Salame should not repeat.

Another major problem Salame must try to tackle is the outside interference in the Libyan affairs, particularly by regional countries. Such meddling in the internal affairs only contributed to heightened tensions, making the local small sporadic wars more of a proxy war between the United Arab Emirates and Egypt supporting the Tobruk-based government — while Turkey, Sudan and Qatar support other factions in western Libya. With Qatar on retreat, the new envoy might have more room to maneuver.

Salame should not attempt to open up the LPA for renegotiations as many parties call for the UN deal to be rewritten. In fact, what could be renegotiated is only a couple of articles related to the role of the military and downsizing the number of the Presidential Council from its current nine members to maybe three representing each of the country’s three regions: Tripolitania in the west, Cyrenaica in the east and Fezzan in the south.

Salame has good ties with France, which played a leading military role in bringing down Gadhafi’s regime in 2011 and has ever since been puzzled by the complicated mess Libya is in. He is well-known to French politicians and well-connected to decision-makers, which will help him align whatever plans he has hatched to the larger European Union ideas when it comes to tackling the Libya crisis.

He must make good use of the French veto power in the UN Security Council by making sure that those who disrupt the political process can and will be held accountable before the International Criminal Court (ICC) in The Hague. A kind of carrot-and-stick tactic will certainly deter many negative moves.

UN Resolution 1973 of March 2011 still applies to Libya calling for the ICC to investigate suspected human rights violations and possible crimes against humanity. However, since 2011, no one has been investigated despite all the small wars and violence Libya has been through.

by Murielle KASPRZAK and Joseph SCHMID | AFP | May 26, 2022
END_OF_DOCUMENT_TOKEN_TO_BE_REPLACED