Ever since Israeli Prime Minister Benjamin Netanyahu had his meeting in Washington, Israeli efforts have intensified to develop alternatives to the single-state or two-state solutions. 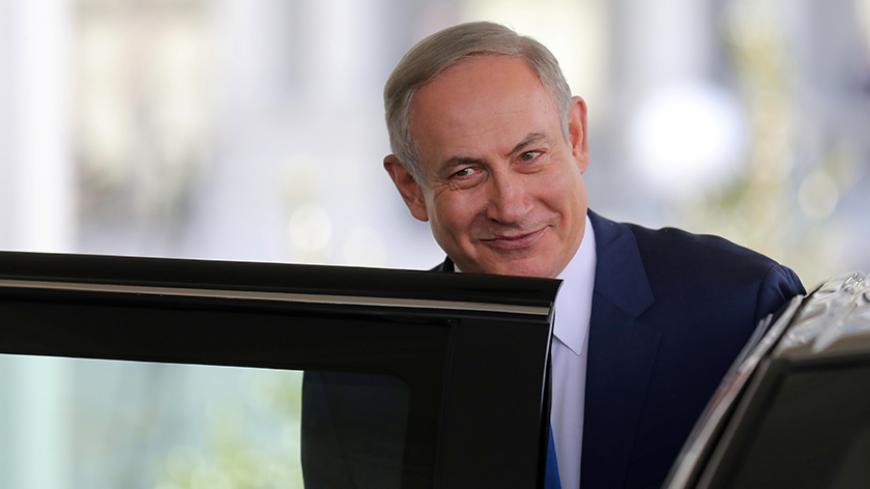 “I'm looking at two states and one state, and I like the one both parties like. I can live with either one.” US President Donald Trump’s statement at a joint press conference with Israeli Prime Minister Benjamin Netanyahu Feb. 15 in the White House is still making waves in the Middle East and Israel.

True, two high-level American officials (UN Ambassador Nikki Haley and David Friedman, the designated ambassador to Israel) have made it clear that the United States continues to support the two-state solution. However, what was said cannot be taken back and the Israeli political system is in an uproar. Very few on the Israeli right support one state in which all citizens, Israeli and Palestinian (both from Gaza and the West Bank), can vote and have equal rights. Among them, only President Reuven Rivlin believes that all Palestinians should get equality and full voting rights. Others feel that the Palestinians should instead have the right to vote in elections to the Jordanian parliament. One way or another, most of the Israeli population does not support the one-state idea.

Is there any other option aside from two states or one? Israel has been wrestling with this issue ferociously this past week. Everyone is talking about new, “out of the box” ideas. There are currently three main ways to square the circle and bypass the quagmire of negotiations between Israel and the Palestinians.

Many swear by the so-called regional process, the term used by those who are afraid of negotiations with the Palestinians. Defense Minister Avigdor Liberman has been preaching about it for years, Yesh Atid Chair Yair Lapid supports it, Netanyahu talks about it and Zionist Camp leader Isaac Herzog dreamed about it in the period when he was negotiating with Netanyahu over joining the government.

To illustrate how fallacious this idea is under the current circumstances, I present the following vignette that — according to a high-ranking Israeli politician speaking on condition of anonymity — was told by former Prime Minister Ehud Olmert: “In the middle of May 2008 I hammered out the basic principles on which I was prepared to conduct negotiations with the Palestinians. These were a Palestinian state on the basis of the 1967 lines with land swaps, two capitals in Jerusalem including international trusteeship over the Holy Basin and Israeli sovereignty over the Western Wall, the refugee problem would be resolved in the framework of the 2002 Arab Peace Initiative recommendation and the Palestinian state would be fully demilitarized. Then-British Prime Minister Gordon Brown heard about this plan and was enthusiastic. He told me that he talked about it with Saudi Arabia's king, and the king told him that if Olmert would publicly make a statement about this plan, he would pressure the Palestinians into saying yes. I told Brown that I was definitely taking him up on the offer and I delivered a speech with the basic principles of my plan. But then it turned out that the Saudi king got cold feet. Suddenly, after I’d carried out my part of the deal, he backed out.”

The lesson from this story is clear: There is no way to bypass negotiations with the Palestinians, whether the talks with them are direct or indirect. And not the Arab League nor any other Arab forum would agree to sit with Israel in the same room before this issue is resolved or a formula is found that would placate the Palestinians and include the 1967 lines.

And now, the Israeli right is disputing this principle, pinning its hope on the terror that Iran is sowing in the Sunni Arab countries. Those close to Netanyahu, Liberman and other right-wingers say that if Trump meets the Saudis and Persian Gulf states halfway on the Iranian issue, those countries will do their part on the regional issue. But this hope took a battering when Michael Flynn was removed from the position of national security adviser. The chances of Trump successfully reopening the nuclear agreement with Iran are slim, and the chances of carrying out the grandiose regional peace plan without the Palestinians are even slimmer.

The confederation idea was first raised by President Shimon Peres in the London Agreement he made with King Hussein in 1987. According to this plan, Hussein agreed to take responsibility over the territories and associated population and sign a peace agreement with Israel. But the prime minister at the time, Yitzhak Shamir, torpedoed the agreement. Now there are those in Israel who would like to convince Jordan’s King Abdullah II to create a type of confederation with the West Bank: Israel would continue to have security control over the territory while Abdullah would receive full civil control over Area A (now under full Palestinian control) and parts of Area B (under Israeli security control and Palestinian civil control), while the Palestinian residents would vote in Jordan's parliamentary elections. The odds of this happening are similar to the odds of Trump agreeing to help Europe by absorbing all the refugees from Syria and from the Middle East.

We are left with the land exchange plan, a term that usually refers to Liberman’s famous political program. However, there are a number of alternate plans, some of which are fascinating and even rational (which, sadly, ensures that they will never come to fruition in the Middle East). The most well-defined and cohesive is the one developed by well-known Israeli geographer Yehoshua Ben-Arieh. His plan became a pet project of Maj. Gen. (Res.) Giora Eiland, who had served as head of the National Security Council.

Under this plan, Israel would move the border between it and Egypt by a few hundred meters northward, along a strip of land of hundreds of kilometers long. In exchange, Egypt would give the Palestinians a long strip of land as an extension of Gaza, greatly enlarging the living space of the densely crowded Strip. In exchange for this territory, the Palestinians would allow Israel to annex the Jewish settlement blocs in the West Bank. Jordan could also be included in the deal: Israel would contribute some land in the northern border triangle to Jordan, and Jordan would transfer land directly to the Palestinians. Then the Palestinians would waive additional settlement bloc territories to Israel.

At the time that this plan was presented to Egyptian President Hosni Mubarak, he almost threw the Israeli representatives out of his office. Egypt will not forfeit one grain of sand from the Sinai Peninsula, he said. However, much has changed since then. Now Sinai is inundated with Islamic State fighters, Mubarak is no longer president and the Middle East is in the midst of an upheaval.

Will it be possible to think outside the box about a territorial exchange plan? First, someone had better explain the principles of this plan to Trump.