In Iran, a call by Reformists for “national reconciliation” receives a stern response from Supreme Leader Ayatollah Ali Khamenei. 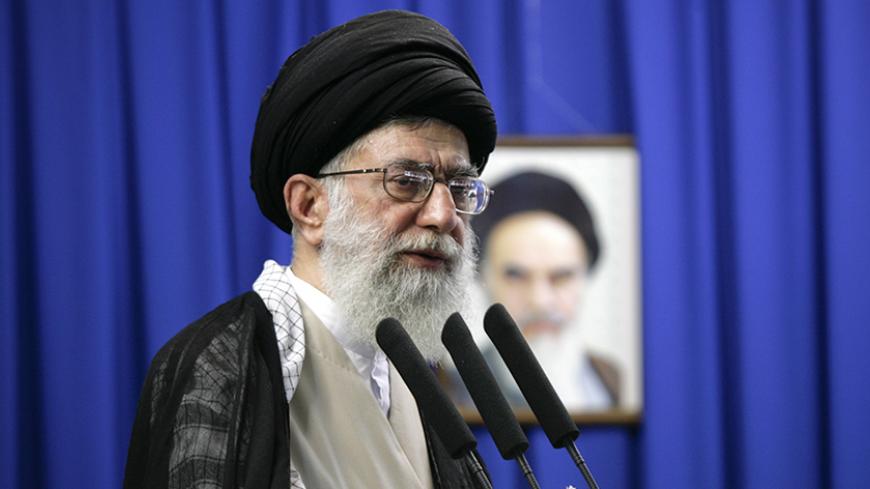 Over the past week or so in Iran, Reformists have been putting forth a plan to fully reintegrate themselves within the political establishment, calling it a "national reconciliation." Former Reformist President Mohammad Khatami (1997-2005) first brought up the plan Feb. 7, and it was subsequently pursued by Reformist members of parliament.

The national reconciliation plan entails the freeing of opposition leaders Mir Hossein Mousavi and Mehdi Karroubi from their house arrests so as to forge national unity — particularly in the face of threats by US President Donald Trump. In the disputed 2009 presidential elections, which saw President Mahmoud Ahmadinejad re-elected by a landslide, Mousavi and Karroubi — both of whom ran as candidates — were of the view that the vote was rigged. The elections were followed by an unrest that had not been seen in decades, and Mousavi and Karroubi were eventually, in 2011, placed under house arrest.

Since the announcement of the national reconciliation plan, conservatives have vocally opposed it, opining there is no dispute among the people and, thus, no need for reconciliation.

Addressing a crowd from East Azerbaijan province ahead of the Feb. 18 anniversary of the 1978 popular uprising in Tabriz against the shah, Khamenei said, "Some people talk about national reconciliation, however, that does not make sense to me. The people are already united. So why do you talk about reconciliation? Are the people against each other?”

Khamenei continued, "The people are against those who took to the streets on the day of Ashoura, beating and stripping the young basiji shamelessly and brutally. They are against them, and they will not reconcile with them."

Ashoura is a day in the Islamic calendar in which Shiites mourn the A.D. 680 martyrdom of Prophet Muhammad's grandson Hussein bin Ali, who was killed in battle against forces loyal to the Umayyad caliph Yazid in Karbala. When supporters of Mousavi and Karroubi marched on the occasion of Ashoura in 2009, conservatives say they disrespected Hussein bin Ali by taking to the streets and clashing with deployed members of the paramilitary Basij forces.

Khamenei also addressed Trump’s recent string of remarks on Iran. Noting Trump’s comment that Tehran should not be "playing with fire" after its Jan. 29 test of a ballistic missile, the supreme leader described the US warnings against Iran about the "military option" as a "ploy" used by both former President Barack Obama's administration and Trump's government.

Khamenei further emphasized, "A European official said to one of our officials that 'if it was not for the JCPOA [Joint Comprehensive Plan of Action], a war on Iran would be certain.' This is just a lie! Why are they talking about war? Because they want to engage the minds in war; however, the real war is an economic war, sanctioning and ruining the levels of employment activity and the field of technology within our country. They draw our attention toward a military war so we may forget about these other wars. A real war is the cultural war."

It should be noted that before the nuclear negotiations between Iran and the P5+1 (US, UK, France, Russia, China and Germany), which came to a conclusion on July 14, 2015, the UN Security Council had passed multiple resolutions against Tehran. After the signing of the JCPOA, Western powers became obliged to lift nuclear-related sanctions imposed on Iran, but Tehran believes that the other side, especially the US, is putting obstacles in the way of the deal’s implementation. Dollar-based transactions remain one of the major problems that Iran is protesting.

by Murielle KASPRZAK and Joseph SCHMID | AFP | May 26, 2022
END_OF_DOCUMENT_TOKEN_TO_BE_REPLACED