Lawmakers are considering a plan that would spell out prison sentences and fines for people who try to keep inheritances from being distributed fairly to rightful heirs, a problem that especially affects women. 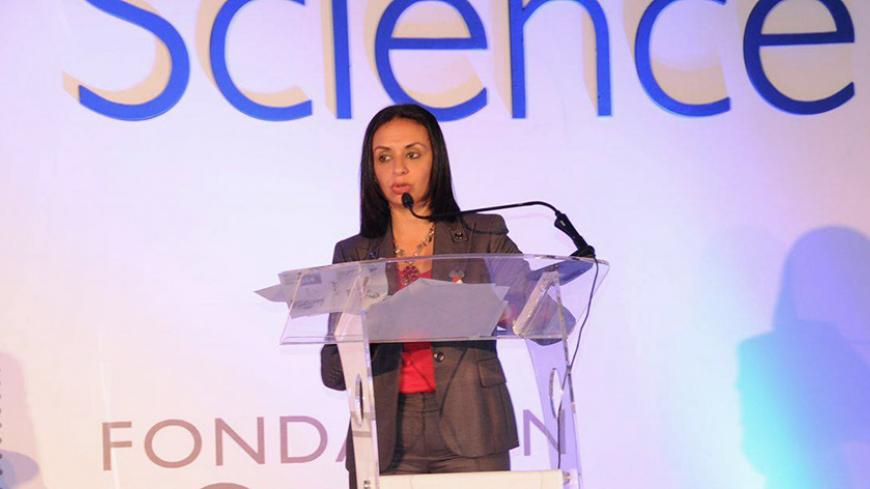 Maya Morsy, the chairwoman of the Egyptian National Council for Women, speaks at the launch of the L'Oreal-UNESCO Women for Science program, Egypt, Feb. 21, 2017. - Facebook/ncwegyptpage

CAIRO — With some help from the government, Egyptian women might finally get their due, at least as far as inheritances are concerned.

Currently, Egypt has no sanctions in place to punish someone who keeps members of a family from receiving their rightful shares of an inheritance. The problem is not uncommon for women, especially in Upper Egypt and some rural areas. Often an inheritance is kept from a woman because the family fears property ownership would transfer to her husband and not be kept in the immediate family.

In March 2016, civil society organizations and the National Council for Women started pressuring parliament to issue a law guaranteeing inheritance rights for Egyptian women. In February, parliament’s Legislative Committee approved an amendment proposed by the government to Inheritance Law No. 77 of 1943. The proposal will be submitted for a series of discussions, after which it will be voted on in a parliamentary plenary session.

Under this amendment, the law would include a chapter on sanctions. For the first time, a number of violations would be considered criminal offenses. Such violations would include intentionally depriving heirs of their rightful inheritance. The amendment proposes punishment of at least six months in prison and a fine of 20,000-100,000 Egyptian pounds ($1,250-$6,250).

Also covered would be withholding documents that could prove a person's legal right to an inheritance. In such cases, the offender would be sentenced to at least three months in prison and a fine of 10,000-50,000 pounds ($625-$3,125). If the violation is repeated, the amendment calls for a sentence of at least one year in prison.

Bahaa Abu Shaqqa, head of the Legislative Committee, said in a Feb. 15 press statement that the amendment meets all constitutional conditions.

In a related development, parliament member Nadia Henry had proposed Jan. 3 that the offense of refusing to hand over inheritances be included in the Egyptian Penal Code. The Legislative Committee delayed discussion of her proposal until they completed examining the government's amendment plan. Henry is expected to raise her proposal again.

Her plan calls for offenders to be imprisoned for one to three years and fined 15,000-50,000 pounds. It has sparked controversy because some parliamentarians, including Osama al-Abd and Mohammad Anwar al-Sadat, don't want to see inheritance deprivation included under Egypt’s penal code.

Abd, who heads parliament's Religious Committee, told Al-Monitor he is well-aware of the grave situation of women who are denied their rightful inheritance. However, he believes that punishments under the penal code do not take into consideration the social aspect of the problem and the possibility that this would lead to fragmented families. Violations of the inheritance law, however, are handled in the family court system, where efforts are made to resolve disputes before they actually reach a courtroom.

Ahmad Abu al-Azem, head of the legislation department at the State Council, also believes one of the advantages of the government's proposal is that it falls under family law, which safeguards Egyptian family ties.

In an exclusive statement to Al-Monitor, Amal Abdel Hadi, a human rights activist in the New Woman Foundation, said the problem is not whether the offenses of inheritance deprivation should be covered under the penal code or the inheritance law, but rather the difficulty of actually implementing such change.

“Egyptian customs and traditions … will prevent women from claiming their rights to inheritance, even under the law. Girls and women who resort to the courts to claim their rights in those areas are criticized and even disavowed by their families.”

She said social awareness campaigns must be organized to familiarize women with their rights and help women stand up for themselves.

A study by Salwa Mohammed Mahdi, a sociology professor at the University of Qena, revealed that many families in Upper Egypt give women or girls money if they waive their share of an inheritance. The study also noted that many women are afraid to claim their rights for fear of being accused of immorality. The study also noted cases where fathers sell their estates to their sons to deprive daughters of inheritances.

Mahdi’s survey showed women rarely resort to the judiciary to resolve inheritance disputes because they are convinced the court proceedings will be lengthy and lead to hostility from family members.

Under Egyptian law, shares in an inheritance are determined based on a person's kinship to the deceased, as identified by Islamic Sharia.