How this Egyptian woman overcame roadblocks to become a mechanic 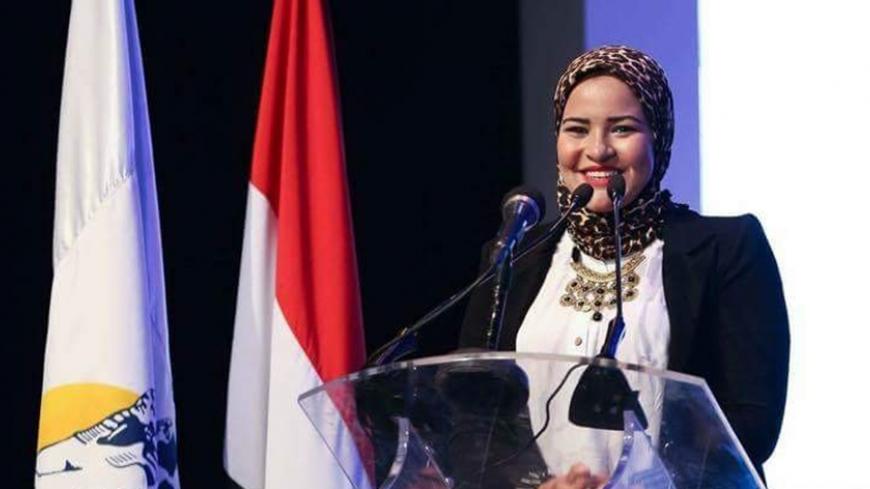 Despite living in the highly conservative society of Upper Egypt, Lekaa El Kholy has managed to shatter social norms, making her way into an unconventional and male-dominated career — car maintenance. Being the first female auto mechanic in Upper Egypt, Kholy has blazed the trail for Egyptian women, smashing the myth of traditional female jobs.

Actually, Egyptian females who have pursued and succeeded in unusual jobs are increasing in number. Nowadays, there are female police officers, bodyguards, pilots, taxi drivers and mechanics — the list goes on. They have managed to enter taboo career fields, proving that both genders are equally suitable to perform any job. Fixing cars in Upper Egypt, for instance, used to be solely a man's job until the Luxor-based Kholy, who is in her early twenties, broke the taboo.

Like many girls who accompany their fathers to the workplace, Kholy used to go with her father to his auto repair shop after school. "The first time I entered an auto workshop was 10 years ago. I was just 11 years old. At first, I merely wanted to see and observe how my father was fixing cars. But, after accompanying him on a daily basis, I have discovered myself, my genuine passion for car maintenance. Since then, I have decided to turn my passion into a career," said Kholy, who has a commercial secondary school certificate.

Luckily, Kholy's family, particularly her father, supported her decision and showed her the ropes of the profession. "I was learning something new every day. My father taught me how to accurately detect and diagnose car faults. I started practically fixing cars four years ago," she said.

In Luxor's closed society, Kholy's decision to become a mechanic has raised many eyebrows and has been showered with sharp criticism. Nevertheless, Kholy insisted on pursuing a career of her own choice, defying the cultural restrictions in Upper Egypt. "You should not work and slide under cars in front of men … this is a manly job. … There are physical threats. These cliches were haunting me every day. But, as my father was by my side, I turned a deaf ear and this criticism did not make sense to me," she said. "Conversely, I took such criticism as an incentive."

Winning customers' trust was the main challenge faced by the female mechanic. At first, the majority of customers underestimated her knowledge of mechanics and asked her not to touch their cars. "Once, I challenged a customer and told him that I can perfectly install tires and properly tighten the lugs. This task requires both accuracy and physical power. Later, he came back and told me he went to a male mechanic who failed to untie them. To scold him, the customer told the mechanic he failed to change tires installed by a girl," she said.

Such unusual careers are stereotypically seen as not feminine. However, Kholy stressed that her job has never harmed her womanhood. "At the auto repair shop, I wear the mechanic overalls that usually get smudged with oil. Outside the workplace, I apply makeup, and the oil's smell is replaced with perfume, just like any girl."

A Luxor journalist who lives near the workshop was impressed by Kholy's involvement in the automotive industry and decided to interview the enterprising young woman. Following this interview, media outlets started to spotlight Kholy's story as a striking example of girls who have a strong desire to defy the odds and tread into professions traditionally allotted to men.

Kholy's photo was even displayed in a rap video that was recently released to support the state-run National Council for Women's campaign, "16 Days of Activism Against Gender-Based Violence." Kholy has also participated in several campaigns related to women empowerment.

President Abdel Fattah al-Sisi also honored the Luxor-based mechanic at a Jan. 27 youth conference in Aswan. During the conference, Sisi said he would help Kholy achieve her dream of establishing a large car maintenance center in Luxor. Kholy said, "This center will offer training courses for both sexes, besides fixing cars. But it will focus on training females in particular to help them try their hand as mechanics. I dream of helping many people through the center."

Kholy added that many girls want to pursue careers as auto mechanics, but their families discourage them. Others have failed to land a job in the field because employers refused to hire female mechanics. "Though there are numerous campaigns to promote women's rights, things are slightly and slowly changing. But we will never lose hope," Kholy said.

To improve upon her skills, Kholy is currently attending training courses organized by the Ministry of Trade and Industry that will keep her updated on the latest developments in her field. She has also received multiple certificates from different auto companies. "During these courses, I have met many graduates of faculties of mechanical engineering," she said. "But due to my previous practical experience, I have never found a gap between me and them, though I have not received higher education. Practical experience is more important than academic [experience]."

Throughout her career journey, Kholy has sought to prove that women can do anything and that certain jobs should no longer be reserved for men. "I just want to tell Egyptian girls that they should work [doing] what they love," she said. "They have to follow their passion. Never give up on your dreams. Your dreams have no boundaries. Do whatever you want."