What's behind calls to close Shiite media outlets in Egypt?

An Egyptian court has delayed ruling on cases related to shutting down TV stations and websites considered to be Shiite and accused of blasphemy or inciting against the Sunni ideology. 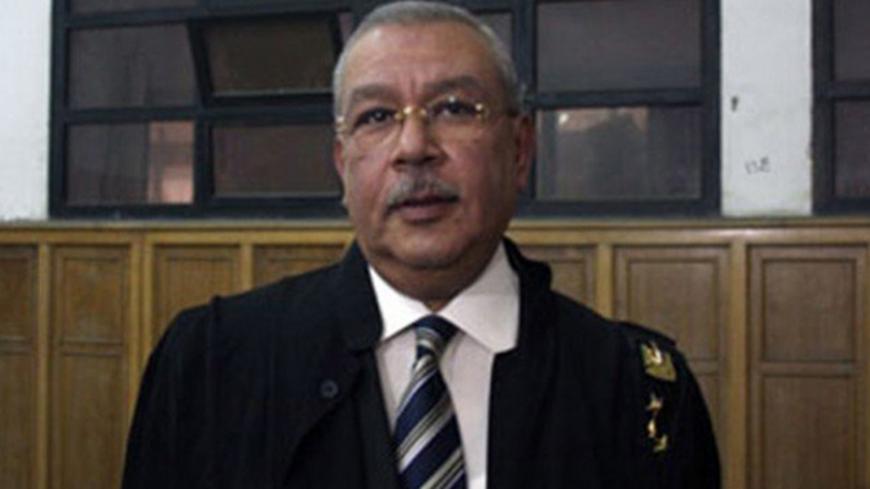 CAIRO — The final court ruling on the case related to the closure of Shiite media outlets and websites has been repeatedly delayed. In October 2016, lawyer Samir Sabri filed a lawsuit before the Second Circuit of the Administrative Judiciary Court, demanding that Shiite media outlets and websites be shut down in Egypt. The court decided Jan. 15 to postpone the examination of the case until Feb. 19, for the completion of procedures.

On Oct. 10, Egyptian newspapers quoted Sabri as saying, “It is unacceptable and unreasonable to have a media platform in Egypt promoting Shiite ideology. Egypt is an Islamic state and the main source of legislation is Sharia under the constitution, which recognizes Christianity and Judaism to be monotheistic. El-Nafis is one of the news websites inciting against Saudi Arabia, Al-Azhar and the Ministry of Awqaf, where Ahmad Rasem al-Nafis attacks in his articles the Sunnis and Saudi Arabia and calls for professing the Shiite faith.”

In a Jan. 12 joint statement, a number of Salafist leaders demanded that Shiite TV stations be removed from the list of satellite channels on Nilesat, for defaming Prophet Muhammad’s companions and promoting Shiite ideology among Muslims in Egypt.

In response to Sabri’s lawsuit and Salafist statement, Ahmad Rasem al-Nafis, a Shiite activist and founder of el-Nafis website, told Al-Monitor, “The Salafist leaders’ Wahhabism was behind the dissemination of extremism in Syria and Yemen. Shiite channels and websites in Egypt do not advocate extremism or renounce any ideology or doctrine. They call for dealing with the Shiites as Muslims at a time when Salafist movements claim that Shiites are non-Muslims.”

Shiite activist and spokesman for the Egyptian Shiite Youth Coalition, Islam al-Radwi, told Al-Monitor, “The demands that Shiite channels be shut down is a sign indicating that Salafists are unable to cope with the Shiite ideology, due to their takfiri ideology that calls for exclusion and bloodshed. This is true particularly since Egyptian citizens have become aware that the Salafist ideology was behind the spread of extremism in Egypt and many Arab countries. The remaining option for the Salafists is to try to muzzle voices they believe to be Shiite.”

He added, “Shiite channels have been operating for years and have not caused strife or crises that Salafist channels ignite. This is because Shiite channels do not incite to violence and bloodshed and do not declare others to be infidels.”

Human rights activist and lawyer at the Association for Freedom of Thought and Expression, Ahmed Ezzat, told Deutsche Welle in 2012 that the law does not criminalize embracing or promoting the Shiite faith. Shutting down any Shiite channel or prosecuting any promoter of the Shiite ideology would be based on a broad application of the law against blasphemy of religions, he said.

According to Ezzat, the law against blasphemy of religions criminalizes acts considered to be blasphemous, starting with the attacks on places of worship to verbal abuses against religions and religious beliefs. He said that legislators did not give a clear explanation for “verbal abuse,” which gives the judges wide discretion in determining whether the channels' discourse is blasphemous against the Sunni sect.

Speaking to Al-Monitor, Mahmoud Kobesh, a former dean at the faculty of law at Cairo University, agreed with Ezzat. He told Al-Monitor, “The Egyptian law and constitution guarantee the freedom of religion and expression of these beliefs. He indicated that the closure of any channel would depend upon its content and the court ruling will not be collective, as some believe.”

He said, “The legal criteria in shutting down any station would be based on its content and on whether or not it is viewed as blasphemy or incitement against any religion or belief." Kobesh stressed that the judiciary stands at equal distance from everyone, and noted that “some Salafist channels, such as al-Hafez and al-Nas, were shut down in 2013.”

He added, “The judiciary may resort to a technical committee consisting of Al-Azhar scholars to determine whether or not the channels characterized as Shiite are inciting against or showing lack of reverence to religions. Yet this will not be binding for the judge.”

Speaking to Al-Monitor, Sami al-Sharif, a former dean of the faculty of mass communications at Cairo University and former head of the Egyptian Radio and Television Union, commented on the controversy over characterizing Shiite or Salafist media outlets as extremist. “What is happening is a part of the chaotic media and religious discourse. There are 121 religious channels broadcasting via Nilesat, including more than 60 Shiite channels, some of which explain Shiite ideas in a moderate way," he said. "Others are extremist and incite against the Sunni sect. Sunni channels respond also to such incitement with counterincitement. Thus, all extremist channels — be they Shiite or Sunni — need to be taken down.”

Of note, Al-Azhar deputy head Abbas Shuman said in a July 2015 statement that Al-Azhar refuses to consider Shiites infidels, as they are Muslims just as the Sunnis are. He noted that Al-Azhar prohibits attacks and killings.

In December 2016, Iraqi Shiite leader Muqtada al-Sadr called on Al-Azhar to convene an open ideological dialogue between Muslim scholars of all sects to unite the Islamic world and reject violence in all sects, including among Sunnis and Shiites, thus reflecting the trust that some Shiites have in Al-Azhar.

The judiciary, and probably Al-Azhar, will decide whether the 60 Shiite channels and websites will continue to broadcast in Egypt, most notably Ahlulbayt TV, al-Manar TV and al-Anwar TV. The Egyptian state has so far not taken any measures against these channels, although Salafist channels were previously shut down. This indicates that many Shiite channels are not at loggerheads with the state institutions, but rather with some Salafist parties.