The House and Senate are ready to take on Russia's support for Damascus but differ on timing. 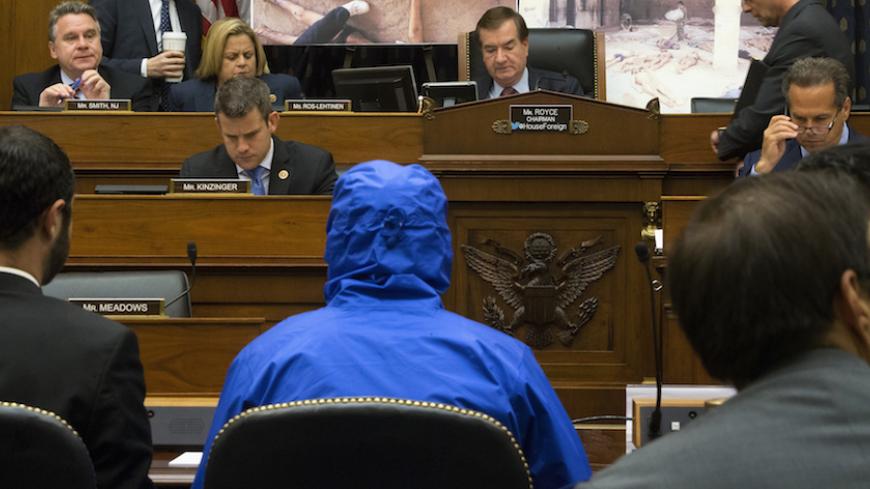 Congressional leaders in both chambers are ready to roll out new sanctions on Syria, Al-Monitor has learned.

Differences in how to counter the Bashar al-Assad regime's Russian patron, however, may cause delays despite widespread bipartisan support for forcing the Trump administration to get tough on Damascus.

The top Democrat on the House Foreign Affairs panel, Rep. Eliot Engel, D-N.Y., said he is getting ready to reintroduce legislation that passed the House by voice vote in November. The bill was named after a dissident Syrian army photographer nicknamed "Caesar"; Senate Foreign Relations Committee Chairman Bob Corker, R-Tenn., told Caesar in a Dec. 1 phone call that he would do his best to get the bill passed, according to a source who was briefed on the call.

The bill would slap financial and travel sanctions on foreign actors found to have supported the Syrian government or its military and intelligence services. Despite the Trump administration's appetite for a negotiated settlement, most lawmakers remain wary of Assad amid recent reports of mass hangings and chemical weapons attacks in Aleppo.

"My legislation to crack down on Assad and his supporters passed the House last year overwhelmingly," Engel told Al-Monitor in an emailed statement. "I'll soon reintroduce the Caesar Syria Accountability Act, and I hope it will again win strong bipartisan support. The crisis in Syria isn't getting any better, so I can't imagine why the House wouldn't act on my bill just as quickly as they did last year."

The bill targets individuals responsible for gross human rights violations, not unlike the 2012 Magnitsky Act, which took aim at senior Russian officials for abuses in their own country. It garnered overwhelming support two years after Caesar first briefed Congress about the tens of thousands of photos of tortured prisoners he said he smuggled out of Assad's jails.

The Obama administration sought to delay action on the bill last year out of concern that it could imperil peace negotiations and the nuclear deal with Iran, an ally of Syria. The chairwoman of the committee's Middle East panel, Rep. Ileana Ros-Lehtinen, R-Fla., said she has seen nothing to suggest that Republican leaders wouldn't quickly bring the bill to a floor vote again now that President Donald Trump is in charge.

"I don't know about Secretary [of State Rex] Tillerson and what he thinks of it, but this is a common sense good thing," she said. "I haven't seen [the House] leadership dragging its heels in passing bills that people were in agreement with before."

The Senate, however, could prove another matter. Amid allegations of Kremlin involvement in the November election and national security adviser Michael Flynn's Feb. 13 firing over his improper conversations with Russian officials, the upper chamber is determined to counter Russia on a wide front, in Syria and elsewhere.

"We're going to look at Russia and its engagement in Syria and other places probably in an even broader way," Corker told Al-Monitor. The Caesar bill, he said, "may well be a part of it."

"We're beginning to develop thoughts as to how we develop a policy toward Russia that's more constructive than where we are, and in some cases more punishing than where we are," he said. "We're definitely looking at how to deal with Russia's destabilizing activities, and to help countries in the region that are encountering that."

Already, a bipartisan group of senators has responded to Trump's overtures toward Russia with bipartisan legislation that would preclude the president from lifting sanctions without congressional approval. Bill co-sponsor Ben Cardin, D-Md., the top Democrat on the Senate Foreign Relations Committee, told Al-Monitor that he and Corker favor a "coordinated approach" against Russia rather than stand-alone efforts.

"I want one clear message to Russia about what Congress is prepared to do," he said. "If [the Caesar bill] is part of the strategy, I can support that, but I need to know what the strategy is first. Syria is just one piece of the problem."