A look at the Middle East issues Congress will be addressing the week of April 27. 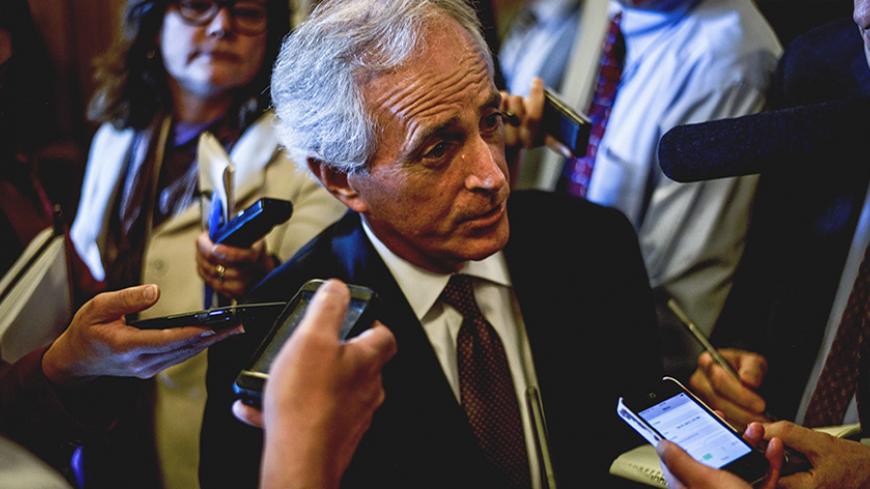 WASHINGTON — The Senate takes up Iran legislation this coming week, offering a crucial test of whether a bipartisan compromise can survive the chamber's toughest Iran hawks.

Legislation empowering Congress to review the bill cleared the Foreign Relations panel unanimously on April 14 after Chairman Bob Corker, R-Tenn., reached a deal with Democrats that the White House said it could live with. Hawkish lawmakers — including freshman Tom Cotton, R-Ark., and presidential candidate Marco Rubio, R-Fla. — have promised to push amendments requiring Iran to recognize Israel's right to exist and to abandon terrorism and its missile-defense program, with the full backing of conservative luminaries such as William Kristol.

While such amendments could put Democrats on the spot, passing them would likely prompt President Barack Obama to veto the bill, claiming that its new iteration threatens nuclear negotiations that are scheduled to end June 30. If enough Democrats peel away, Republicans could fail to get the two-thirds majority needed to override the veto and end up with nothing.

Congress is also likely to take more shots at Iran in its annual defense authorization bill, which the House Armed Services Committee will unveil April 27. Already, a section of the bill calls on the Pentagon to establish a strategy for countering Iran's "growing unconventional warfare capabilities."

The House Foreign Affairs Committee will also be holding several hearings that can be expected to touch on Iran.

And on April 30, the Middle East and North Africa panel led by Rep. Ileana Ros-Lehtinen, R-Fla., holds a hearing on the regional impact of US policy in Iraq and Syria. Witnesses include retired Army Gen. Jack Keane, one of the architects of the 2007 "surge" in Iraq.