A look at the Middle East issues Congress will be addressing the week of Nov. 2. 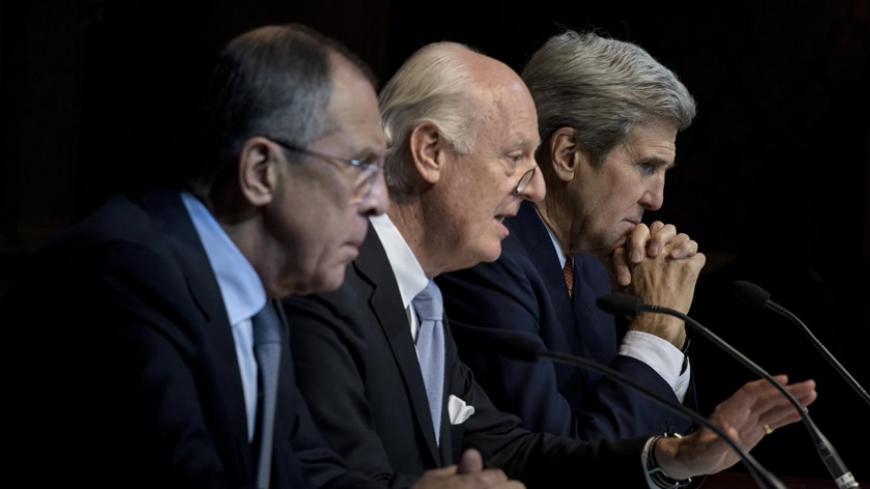 Congress delves into the end-game in Syria this coming week as the deployment of US special forces raises fresh questions about a potential clash with Russia.

The White House announced Oct. 30 that it was deploying several dozen troops to Syria as Secretary of State John Kerry met with Russian and Iranian officials in Vienna. The announcement was met with derision from hawkish Republicans for its relatively small scale while many Democrats warned of mission creep and demanded a vote on the matter.

"A more serious effort against ISIS [Islamic State] in Syria is long overdue. Absent a larger coherent strategy, however, these steps may prove to be too little too late," House Armed Services Chairman Mac Thornberry, R-Texas, said in a statement Oct. 30. "I do not see a strategy for success, rather it seems the Administration is trying to avoid a disaster while the President runs out the clock."

Thornberry has promised hearings on the issue, although none are scheduled for this coming week. The deployment is likely to be a topic of debate however, as the House and Senate rejigger the annual defense authorization bill, which President Barack Obama vetoed this past week.

It is also sure to come up as the House Foreign Affairs Committee probes "U.S. policy after Russia's escalation in Syria" on Nov. 4. The State Department's top officials for Europe and the Middle East — Victoria Nuland and Anne Patterson — have both been invited to testify on the issue.

The committee's panel on Europe meanwhile will hold a hearing that afternoon on the growing refugee crisis and its challenge to Europe. On Nov. 5, the full committee marks up legislation from Rep. Ted Poe, R-Texas, to revamp US foreign aid to require the State Department to better track the impact of its projects around the world.

The Senate Foreign Relations panel meanwhile holds a hearing Nov. 4 on US policy in North Africa. The hearing is part of a series of such hearings by Chairman Bob Corker, R-Tenn., to suss out US strategy in the Middle East.

Elsewhere on Capitol Hill, the bicameral Tom Lantos Human Rights Commission on Nov. 3 will be the first to hear from recently released Egyptian-American prisoner Mohamed Soltan about the internal conditions under Egyptian President Abdel Fattah al-Sisi. Expect fireworks on Nov. 4 as well when presidential contender Ted Cruz, R-Texas, chairs a hearing of the Senate Judiciary Committee's federal courts oversight panel on "Justice Forsaken: How the Federal Government Fails the American Victims of Iranian and Palestinian Terrorism."

The House Homeland Security Committee on Nov. 4 holds a hearing on the US Customs and Border Protection’s Public Private Partnerships, an issue that greatly impacts commerce with the Middle East. That afternoon, the committee marks up legislation from Rep. Bill Keating, D-Mass., to "improve enforcement against trafficking in cultural property and prevent stolen or illicit cultural property from financing terrorist and criminal networks."

Finally, the full House votes Nov. 2 on a resolution denouncing Mahmoud Abbas and his Palestinian Authority for "incitement" against Israel. The resolution from Middle East and North Africa panel chairwoman Ileana Ros-Lehtinen, R-Fla., is expected to easily sail through.