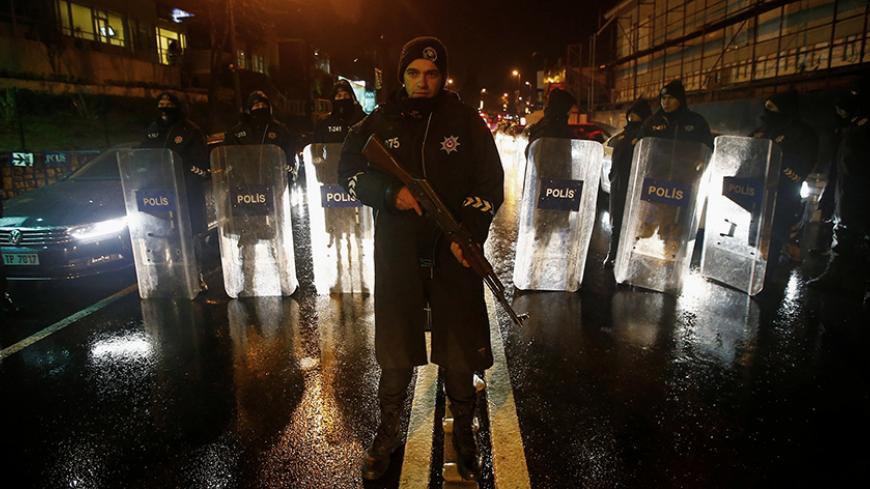 In the first hours of 2017, an Islamic State (IS) militant attacked the Reina nightclub in one of Istanbul's most upscale neighborhoods. One man with an AK-47 and six magazines managed to hit over a hundred people in about seven to eight minutes, according to the initial police reports. Stun grenades were also used in the attack that killed 39 people from 14 different countries and wounded 71.

The terrorist is still on the loose at the time of this writing. The Turkish government has carried out several security operations in Istanbul and other cities in the last four days, and time is not on its side. On Dec. 5, Deputy Prime Minister Veysi Kaynak told the press that he could not rule out the possibility that the suspect may have escaped abroad already. He explained that the security forces have established the perpetrator's connections in Turkey, and that he is an ethnic Uighur.

In the last five days since the attack, a lot of conflicting information has circulated in the media, including multiple images of the suspect. TV channels and newspapers have been circulating a self-made video of the terrorist, while keeping his real name a secret. His alias was published as Abu Mohammed Khorasani, a name as common as John Smith. However, the images prompted angry mobs to attack an illegal immigrant from Turkmenistan who resembles the perpetrator.

Differing accounts of the attack have left observers wondering how well the investigation is going. Multiple eyewitnesses have told the press that they thought there was more than one attacker, and one was even alleged to be female. Turkish authorities told Al-Monitor that all the shell casings were from a single gun, and that the survivors must have been confused by shock and trauma.

Turkey's pro-AKP news channels such as CNNTurk are debating whether the victims of a nightclub attack should be referred as martyrs or simply victims. Rather mind-bogglingly, there has been no reporting on the identities of the seven Saudi victims, one of them a headscarved attorney. The media has repeatedly framed the story as the secular lifestyle as being under attack.

The question that has alarmed everyone is how, despite all the security on New Year’s Eve, did the attacker make it into the club? Security had seemed tight: Reina DJ Abdullah C. Sarac told the press that he had passed through three different police checkpoints to enter the club. The public as well as victims’ families are asking why the police were so late to respond, how the terrorist managed to escape and why the army of private security was so ineffective.

The club is located three minutes away from the district's police headquarters. There was a police presence at the door, and the club had its own 50 security personnel. However, Orhan Ozcan, the CEO of Delta VIP, the security company serving Reina, admitted helplessness against a man with an AK-47. His argument was that because his staff were not allowed to use guns in entertainment places, his crew of 50 could not disarm one man.

While the Turkish authorities are busy chasing the terrorist, IS has for the first time assumed responsibility for an attack in Turkey as a centrally commanded and directed operation, unlike IS-inspired ones such as the Orlando club massacre. Published in Turkish and Arabic, the IS document clearly states, “in response to an order by [the caliph].”

This attack should be considered a major turning point for Turkey and IS for several reasons:

Regardless of its alleged resources in Syria and Iraq, the Turkish intelligence and security forces are now caught between a rock and a hard place. The Justice and Development Party (AKP) has encouraged different religious orders to operate freely. Most of these groups are unarmed and cannot be classified as militant. However, it is rather difficult for them to condemn the idea of the caliphate. Although most of these groups have good relations with AKP elites, the intelligence networks have not been able to map out the high-risk ones well enough to generate early warnings.

It was only in November 2016 that Turkish President Recep Tayyip Erdogan said, “Turkey acts as a barrier between terror groups and NATO allies.” He also said that Turkey will keep its doors open to those running from the bombs because “we are human.” Now, the facts on the ground show that the Turkey is no longer a barrier but an active battleground for these terror organizations, and Turkey has failed to differentiate between those running from the bombs and those making them.