Will Arab Knesset member be impeached?

Prime Minister Benjamin Netanyahu has managed to transform the issue of impeaching Arab Knesset member Basel Ghattas into a question of patriotism, thus forcing opposition members to support such a move. 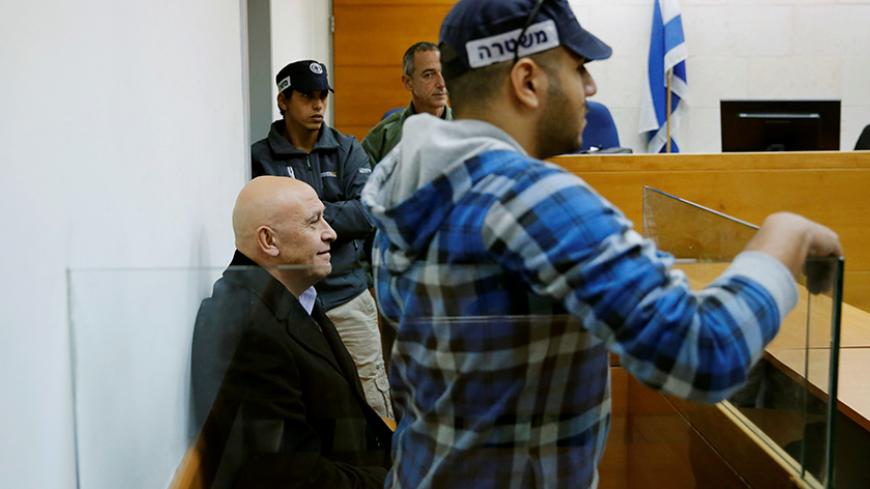 It happened just one day after news broke that Knesset member Basel Ghattas of the Arab Joint List was accused of serious crimes against state security while visiting security prisoners in jail. At a Dec. 19 meeting of the Knesset’s Likud faction, Prime Minister Benjamin Netanyahu announced that he supported implementing the Expulsion Law against the allegedly wayward Knesset member. The law, which he originally initiated together with Knesset member Ze'ev Elkin of the Likud Party, dates to February 2016, when it was revealed that Knesset members from the Joint List, including Ghattas, paid a controversial visit to families of killed terrorists involved in the murders of Israelis.

In July 2016, a heated, late-night debate took place in the Knesset, set against the rancor that Israelis felt toward these Arab Knesset members. Sixty-two members of the coalition voted that night to approve the law, which enables them to remove a Knesset member for various reasons — including incitement to racism or support of a terrorist organization. The law states that signatures from 70 Knesset members (out of 120), including 10 members of the opposition, are needed in order to initiate the process. The expulsion is only finalized if 90 Knesset members vote to support it.

The opposition responded harshly to the law, claiming that it undermines the idea of a separation of powers and circumvents the legal authorities. Furthermore, they argued, it is inappropriate for one group of Knesset members to remove other members. If that is the case, how did it happen that on the evening of Jan. 16, Minister Elkin made a show of presenting Speaker of the House Yuli Edelstein with 72 signatures, slightly more than the number necessary to begin the expulsion process, and that these included 10 signatures from the opposition Yesh Atid faction, which originally opposed the law? And how is it possible that there are even loud voices within the opposition Zionist Camp, calling on its members to add their signatures to the list, or that there is a bitter debate within the party as to whether they should follow Yair Lapid’s lead and join the expulsion melee?

In order to better understand how the major opposition parties zigzagged until they reached the same position advocated by Netanyahu and his colleagues in the populist right, it is necessary to look back at the Dec. 19 Likud Party meeting mentioned earlier. Netanyahu would not make do with lashing out against Ghattas over the serious allegations against him. He also wanted to exploit the opportunity to attack the chairman of Yesh Atid.

Until then, Lapid had advocated for a liberal position, not quite as contentious. He argued that the use of the Expulsion Law against Ghattas — who is suspected of smuggling phones to Palestinian security prisoners — was “idiotic,” and that a more effective response would be to take the steps necessary to remove Ghattas’ immunity instead so he could be indicted. That was enough for Netanyahu to strike out at the biggest political threat to him over the past few months. “I heard that Yair Lapid instructed the members of his party not to sign the document calling for the implementation of the process leading to the expulsion of Ghattas from the Knesset. … This is not surprising. It comes from a leftist, who heads a leftist party,” the prime minister said disparagingly in response to Lapid.

Netanyahu is the best campaigner ever produced by Israeli politics. That is why he knew that he should strike at Lapid’s soft underbelly. He was fully aware that Lapid’s strategy to steal votes from the Likud was to run away from being associated with the left as if it were the plague.

Meanwhile, Ghattas has had his immunity lifted. He has been arrested and interrogated. Video clips that have since been released show Ghattas smuggling cellphones to terrorists like a real pro. Israelis were shocked. The Joint List suffered a severe blow to its image, not least because its members came out in support of Ghattas. Ghattas was also charged Jan. 5 with serious crimes.

Since then, Yair Lapid changed his position regarding the incident. His party announced this week that it has decided to support the expulsion of Ghattas from the Knesset. Yesh Atid is basing its decision on the indictment against Ghattas, though the party claims that this was always its position.

Regardless of what Yesh Atid says about the matter, it looks like Lapid has actually embraced the position taken by the Likud. This leaves just the Zionist Camp, Israel’s senior opposition party, to pay the price for being “leftist.” It is happening, as that party is at a disturbing new low in the polls with many of its voters abandoning it for Lapid. As sole leader of his party — Yesh Atid has no primary procedure, and Lapid is the one outlining its agenda — Lapid was able to correct the “mistake” of opposing the expulsion of Ghattas originally, and he could do it without even blinking. The Zionist Camp, on the other hand, is a “democratic” party, caught in the midst of an internal debate. That is why it hesitated and failed to show a consistent position, at least to the public.

A meeting of the Zionist Camp on Jan. 16 showed how serious the crisis among its members really is. Haaretz published numerous quotes from the tumultuous debate, in which Knesset member Nachman Shai called on the party to take account of itself. “How is it possible,” he wondered, “that we have reached a situation in which Yesh Atid pushes us into a corner. Instead of initiating and leading, we are being forced to defend ourselves. That is bad. Yes, we opposed the law, but once it has been passed, we can use it.”

Knesset members Ayelet Nahmias-Verbin, Itzik Shmuli, Eitan Broshi, and Yoel Hasson supported adding their names to the signatures required to remove Ghattas. “This is the first time in the Knesset that a meaningful move depends upon us. We must not be the ones to block it. This is not an anti-Arab position. It is a response to an assault of the nation’s security,” said Broshi, explaining his stance.

Countering them was a large group of over 10 Zionist Camp Knesset members, who opposed the move, including Zionist Camp co-leader Tzipi Livni, Yossi Yona, Merav Michaeli and Ksenia Svetlova. They argued that it does not lie within the purview of the Knesset to expel a member, and they should allow the police and courts to do their job.

According to all estimations, there is only a slim chance that the Knesset will obtain the 90-member majority needed to expel Ghattas, largely because of the divided opinions among the members of the Zionist Camp. On the other hand, it is obvious to those who support implementing the law — i.e., the parties on the right and Lapid — will win points among large swaths of the Israeli public for it.

The sequence of events needed to implement the Expulsion Law for the first time since it was enacted begins with Netanyahu and his need to project a populist approach. This will not be the first time Netanyahu dragged the opposition behind him, even though they are supposed to present an alternative to his government’s policies. Lapid and then Herzog could not withstand the temptation. They decided to toe the coalition’s line so as not to be accused of lacking patriotism. It was yet another missed opportunity for them to present a proud Zionist alternative to the right’s belligerent line, designed only to appeal to the masses. Chairman of the coalition David Bitan described the situation as only he could when he said, “I don’t envy the Zionist Camp. The proposed law will pass because the public wants it to.”