Is Palestinian autonomy plan back on Likud table?

Likud Knesset member Yoav Kisch rejects the two-state solution and offers in its stead a three-phase plan for Palestinian autonomy. 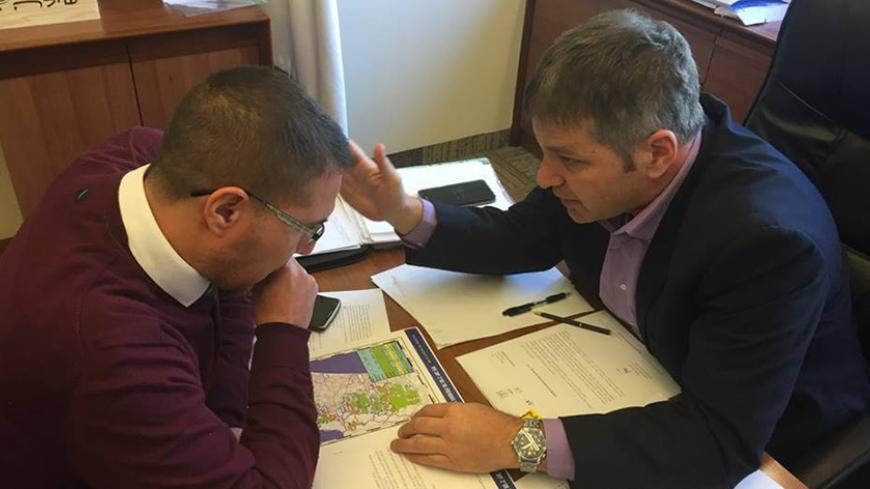 The political discourse in Israel’s ruling Likud Party is undergoing a refreshing change. After proposing all kinds of populist laws and issuing all sorts of populist declarations, one Knesset member is trying to get his party to discuss a diplomatic plan designed to serve as an alternative to the vision of the Oslo Accord and the two-state solution.

On Jan. 14, Yoav Kisch, a former air force pilot and now a Knesset member for the Likud, presented an “autonomy plan” that he formulated over the past few weeks. Now he is trying to bring it up for discussion in the Likud Party’s governing institutions. Kisch claims that it makes no sense for the largest party on the right to reject the two-state solution without having a comprehensive diplomatic vision for resolving the conflict with the Palestinians along those lines. This, he continues, is especially necessary for “the day after the Obama administration.”

According to his plan, those territories in the West Bank in which Palestinians live — some 40% of the total territory — will be declared an autonomous Palestinian entity, to be run by an elected Palestinian council. This council will deal with civil issues such as transportation, law, the economy and water, while security will remain in Israeli hands. Kisch said that this will ensure that no one, whether Palestinian or Jewish, will be uprooted from their homes in the West Bank.

Kisch decided to announce his plan just before the launching of the second Paris conference Jan. 15. With the diplomatic process in the spotlight again, if only for a moment, this timing was supposed to be to his advantage. But then the news from Europe was overshadowed by the investigation into Prime Minister Benjamin Netanyahu’s dealings and their potentially dramatic political implications. That, if anything, could reshuffle the Israeli political deck.

Kisch approached Netanyahu and asked to present the plan to him. He explained that his proposal is based on the original autonomy plan raised by former Prime Minister and Likud Chairman Menachem Begin in 1977 as part of the peace accords with Egypt. Netanyahu promised to hear what Kisch has to say, but he has yet to find the time for it. A future discussion about the Likud’s need for a diplomatic plan could be beneficial and interesting. Kisch hopes that even with the uncertainty mood, time will somehow be found for it.

Kisch calls for the abrogation of the Oslo Accord as a preliminary step toward the implementation of Palestinian autonomy. “For too many years, we’ve been held hostage to the concepts of Oslo. We engaged in negotiations, only to receive more and more violence,” he said in an interview with Al-Monitor. “We are now being presented with a one-time window of opportunity for the day after [President Barack] Obama leaves the White House and [President Donald] Trump enters the Oval Office. It is incumbent on us to present a diplomatic vision to resolve the conflict in Judea and Samaria through unilateral actions by the State of Israel. It is time to change the discourse. There is no occupation here, because a people cannot be occupier in its own country. It is not annexation either, but the imposition of sovereignty over our own land.”

He added, “Right now, the Israeli public is being presented with two options: the first, a two-state solution, and the second, a binational state. This misrepresents the situation by presenting it in black and white terms. Both options would be a disaster. We are facing a period in which [Palestinian President] Mahmoud Abbas might leave the stage and the Palestinian Authority collapses. We must be ready for that moment.”

Kisch has chosen to adopt Begin’s plan for Palestinian autonomy, even though 40 years have passed since it was first proposed. During this period, Israel has spent two decades and more negotiating with the Palestinians on the basis of a two-state solution. Prime Minister Yitzhak Rabin set the path in the early 1990s, and it was followed by all the succeeding prime ministers: Shimon Peres, Ehud Barak, Ariel Sharon, Ehud Olmert and Netanyahu, who announced in his 2009 Bar-Ilan speech that he has adopted the two-state solution.

According to Kisch, Netanyahu’s statement in that speech did not constitute a serious commitment on his part. “All Netanyahu did was make one mention of ‘two states’ in his Bar-Ilan speech,” Kisch argued, “but even then, he made it conditional on all sorts of terms, and in fact, it is no longer relevant. We will never agree to the right of return [of Palestinian refugees], nor will we agree to assault the integrity of Jerusalem in any way. What all this means is that we will not reach an agreement.”

Like so many on the right, Kisch considers Trump’s presidency to be a rare gift to the State of Israel. Kisch would rather ignore the rest of the international community, like the European Union and the United Nations, and the ways that they are applying increased pressure to establish a Palestinian state. This constitutes a structural failing of his diplomatic vision.

“The program does not pretend to be perfect,” Kisch said. “What I am saying is that Israel should initiate something, that the region is in flux, that Oslo is risky and no longer relevant, and that we have to take our fate into our own hands. It is up to us to present the world with a diplomatic vision concerning the future of Judea and Samaria, to strengthen Israel’s security and to ensure its future as a Jewish and democratic state. Of course, all this will need to be coordinated with other states. The Palestinians have been very successful in instilling a narrative of occupation among the international community. With a new American president, who is not won over by that concept, this is our chance to explain that a people cannot be occupiers in their own land.”

Kisch’s autonomy plan may come complete with detailed maps and sketches, but all in all, it would be a unilateral move that fails to take Palestinian opposition into account. The plan involves three stages.

Stage two of the plan involves creating the autonomous area, renovating the refugee camps and working toward economic peace. Some 15% of the territory that is not part of the autonomous area will be devoted to serving as transportation corridors between the various segments of the autonomy. Arabs living in those areas of the West Bank that are not part of the autonomy will be given the choice to receive Israeli residency with the option of obtaining citizenship or of receiving residency status in the autonomy. The administration created for the autonomy will encompass all aspects of civilian life, while maintaining close ties with the Israeli authorities.

Stage three involves regional diplomatic accords that respond to the issues of the refugees and Jerusalem.

Kisch’s plan is good enough to further a serious and meaningful discussion within the Likud, but it ignores a wide range of international factors, the fact that there have been two intifadas since Begin first proposed his autonomy plan and diplomatic developments since then. On the other hand, it cannot be ignored that this new plan reflects the mood of the Israeli right and, perhaps, not just the right, that the vision of Oslo is no longer relevant, and there is no one to talk to on the Palestinian side. These attitudes have been bolstered considerably since Trump’s election. It looks like the post-Oslo era is about to begin.