A parliamentary investigation commission created to investigate the political aspects of the July coup has wrapped up work at the Turkish president’s behest without providing any real answers. 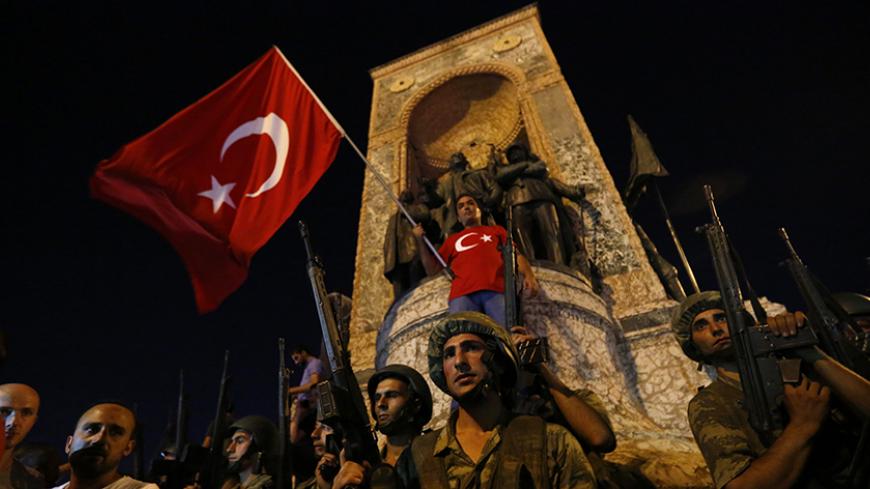 Did the Turkish government bargain with the putschists on the night of July 15? Who was involved in the political aspects of the coup? A parliamentary commission was supposed to answer these and other critical questions still hanging over the attempted coup, which has had dramatic consequences for the country. Earlier in December, however, the investigative commission abruptly wrapped up its work at the behest of President Recep Tayyip Erdogan.

The commission of lawmakers from all four parties in parliament began its work in October, with heated arguments between members of the opposition and the ruling Justice and Development Party (AKP). Representatives of the main opposition Republican People’s Party (CHP) insisted that Chief of General Staff Hulusi Akar and head of the National Intelligence Organization (MIT) Hakan Fidan be summoned to answer questions about the afternoon of July 15 and the momentous night that followed. But though the two were at the heart of the events, the AKP members rejected the demand.

The government has blamed the botched coup on US-based cleric Fethullah Gulen and his followers in the military, rebranding the community as the Fethullah Gulen Terror Organization. Many aspects of the putsch remain murky, with the government reluctant to discuss them publicly. The Gulen community was the AKP’s chief ally until December 2013, when massive corruption probes implicating Cabinet ministers and Erdogan’s family rattled Ankara. The government blocked the probes, arguing they were trumped up by Gulenist police and prosecutors in a bid to topple the AKP. The close relationship between Gulen and the AKP prior to the fallout is another topic the government is averse to discussing today.

To dilute debate on such inconvenient issues, the AKP members of the investigation commission followed a particular strategy. They invited a plethora of retired politicians and military officers to flesh out their thesis that Gulenists had been backed by all governments in the past four decades, which saw Gulen become a prominent figure in the country. The strategy, however, often backfired. Former police chief and Interior Minister Mehmet Agar, for instance, asserted that no Gulenist was promoted to a senior position during his tenures in the 1990s, blaming the Gulenist entrenchment in the police on the AKP. Former Chief of General Staff Hilmi Ozkok said top military commanders had warned the AKP government at a National Security Council meeting in 2004 that the Gulenists had become too powerful in the state and proposed an action plan. “We monitored what was being done, but frankly we didn’t see much,” he said.

As the AKP appeared increasingly cornered in the commission, Erdogan made a surprise statement Dec. 9, urging the panel to wrap up its work.

The AKP members, who held the majority in the commission, quickly heeded the call, and with a similar speed penned a draft report of conclusions. The draft, leaked to the media Dec. 22, echoes the party’s strategy to water down its responsibility for the Gulenist entrenchment in the state. It asserts the Gulen community was strengthened by all the governments that preceded the AKP since the 1970s. The report claims the Gulenists were backed by the MIT as well as the United States and the CIA. The relationship between Gulen and the United States is discussed at length, including claims that children of President Barack Obama’s relatives in Kenya had been admitted free of charge to Gulenist-run schools in the African country.

The only mention of the AKP’s own ties with Gulen is limited to a statement that Gulen sought to project an image of someone close to the government after the AKP came to power in 2003. Yet the report contains some scandalous admissions as well. The main financial sources of Gulen’s organization, for instance, are listed as government incentives, public tenders and municipal grants. Many public tenders are said to have been awarded to businesspeople who paid racket money to Gulen. According to the document, Gulen’s followers, who used to be called “the community,” should be defined as a “terrorist organization” after 2013, when Erdogan and Gulen fell out. This definition is the main argument that could help the AKP save its skin in the upcoming trials.

The report fails to offer any information beyond what the media has reported on the violence perpetrated by the putschists.

CHP members slammed both the draft report and the commission’s methods, arguing that the work remained incomplete without hearing Fidan and Akar. In press conferences and on social media, they insisted that the events of July 15 are still a mystery and accused the AKP of a cover-up.

A military officer, for instance, testified that the MIT had been tipped off at 11 a.m., hours before the first soldiers appeared in the streets in the evening. Another officer, who is currently behind bars, had said that Fidan was at the General Staff headquarters up until 8 p.m. The commission’s CHP members have unanswered questions for Fidan and Akar: When did they learn of the coup plot? What precautions did they take? Was there any bargaining between the government and the putschists? Had the coup been foiled earlier than it seemed? Could it be that the 249 victims of the putsch were knowingly sent to their deaths?

The coup leaders, who called themselves “The Peace at Home Council” in a statement issued on the night of July 15, had reportedly prepared a list of names who would assume duty after the coup. The list included the names of would-be mayors, but top posts such as the president and the prime minister were left empty. The commission’s CHP members had asked to visit prisons to speak to arrested generals about who had planned to assume the president’s, the prime minister’s and ministerial posts, whether the coup leadership included politicians and whether any bargaining took place or was still taking place with the government. But this request, too, was turned down by the Justice Ministry.

According to Aykut Erdogdu, one of the commission’s CHP members, “The AKP seems to fear the exposure of certain truths about the coup. They seem to be hiding certain truths and appear very fearful that they could come to light.” Whether Erdogdu is right is hard to say, but the AKP’s move to close down the commission speaks of its reluctance to provide answers to many questions that remain unanswered.