Russian and Turkish cooperation in the battle against terrorism could help bring about a more stable Middle East. 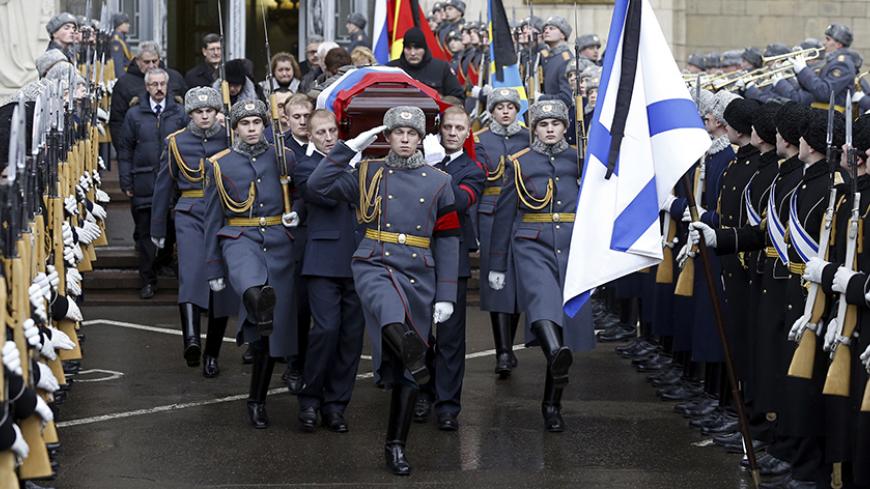 Personnel carry the coffin containing the body of Russian Ambassador to Turkey Andrei Karlov, who was shot dead by an off-duty policeman while delivering a speech in an Ankara art gallery Dec. 19, after a memorial service in Moscow, Dec. 22, 2016.
Vladimir Avatkov
December 22, 2016

The assassination of Russian Ambassador to Turkey Andrei Karlov deeply shocked the public and the ruling circles in Moscow. President Vladimir Putin canceled his long-planned annual press conference to bid farewell to the diplomat. Given the recent worsening of Turkish-Russian relations after Turkey downed a Russian jet in November 2015, whoever was behind the murder clearly expected a sharp reaction from Moscow. However, a timely and proper reaction from the Turkish establishment, and President Recep Tayyip Erdogan in particular, dashed those hopes. Erdogan immediately addressed the nation and called Putin to express his condolences and condemnation of the assassin. That immediate reaction, according to the sources close to the Kremlin, has become an important marker to keep the emotions down. Otherwise — undoubtedly — the incident would have become one more indelible stain on Moscow-Ankara relations.

The results of the investigation into the assassination, which is being carried out by a joint Russian-Turkish commission, are critical. The obvious flaw for all parties involved was the weak protection of the ambassador. The Russian press has reported that the Turkish side opposed increased protection due to the involvement of a Russian special group associated with the security agencies. The weak protection is even more surprising when taking into account that terror attacks have been ripping through major cities across Turkey, with two more deadly blasts rocking Istanbul a couple of weeks ago. Contrary to authorities’ assurances that the situation has been stabilized, Turkey is apparently still suffering from a vulnerability to the growing terrorist threat.

The murder of the ambassador revitalized the debate within Russia about the possibility of cooperation with Turkey in combating terrorism. While the main line remains an attempt to find common ground, governing bodies believe that the murder of the ambassador was intentionally planned for that day, as it preceded the meeting of foreign ministers of Russia, Turkey and Iran in Moscow. The terrorist attack, however, failed to derail these talks. Not only did the negotiations take place, but all three parties stressed their determination to fight terrorism together, emphasizing that the future of Syria in many respects depends on their joint actions.

There is an understanding in Moscow that Turkey has been actively engaged in combating terrorism, both domestically and internationally, but is unable to eradicate it for a number of reasons.

The first reason has something to do with Ankara’s ever more independent foreign policy, a departure from the traditional, exclusively pro-Western orientation, which typified Turkey’s foreign policy throughout the second half of the 20th century. In turn, the United States and Europe started withdrawing their support and instead naturally shifted to opposing the ruling regime. Undoubtedly, it has compromised national security.

The second reason was Turkey’s repeated demonstration of its desire to join the ranks of world powers rather than stay a regional one. It was apparent in Erdogan’s statement about the UN Security Council: “The world is bigger than five.” It is also visible in Ankara’s pro-active stance in handling global and regional problems in Europe, the Middle East and Africa. The problem is that this activity requires substantial resources — which Turkey currently lacks — and entails serious foreign policy risks. The price for this “game” is getting heavier, and Ankara does not seem fit to pay it, even though it keeps signaling its readiness.

Moreover, the fight on many fronts has brought about an increase in the number of the country’s opponents, which leads to heightened activity within the country. Operation Euphrates Shield and other Syria- and Iraq-related steps may foreshadow stiff resistance to Ankara’s policies. What is more, Turkey is simultaneously facing the hostility of terrorist groups, neighboring states and non-state actors.

Kurds, among other groups, oppose the ruling regime. Even though the leaders of the opposition Peoples' Democratic Party are on trial and the president enjoys much public support and confidence after the failed military coup, one should not turn a blind eye to the mobilization of Kurdish identity, first and foremost in Syria and Iraq, which could prove to be contagious and infect the Turkish Kurds. Against the background of the two countries’ rapprochement, Moscow will not welcome this possible new urge for Kurdish self-identification. Besides, Moscow approves of the recent reconciliatory steps toward harmonizing Russia’s and Turkey’s approach to combating terrorism as Russia seeks to stop the bloodshed in Syria and secure its own borders.

However, a bid to reach a compromise is not bound to be successful. At this stage, the long history of confrontation — rather than cooperation — makes the Russian expert community skeptical about the prospects of the successful resolution of complex geopolitical disagreements with Turkey. However, there are some grounds for optimism as closer economic ties could pave the way for a resolution to geopolitical problems.

In general, economic rapprochement between Moscow and Ankara is taking place. However, this does not mean that the existing restrictions imposed by the two countries will be lifted amid spreading instability. Contrary to Turkey’s wishes, Russia has not rushed to restore visa-free travel, as it is wary of radicals flowing into and out of the country across the Turkish border. Turkey, by contrast, still offers Russia visa-free access, which, on the one hand promotes tourism, but on the other hand causes concern when it comes to thinking about the recent past when Turkey served as “a holiday resort” for Chechen militants. Moreover, vivid memories remain of the Russian student of Moscow State University who tried to cross Turkey to join the ranks of the Islamic State.

Generally, certain representatives of Russia's and America’s establishment share obvious concern over Ankara dividing terrorists into “homegrown” and “alien.” Turkey’s greater independence must bring about more responsible and prudent policies. However, given Turkey's tough rhetoric and measures, the government’s position falls a long way short of it.

Turkey is skillfully exploiting the situation. Moreover, the competing interests of the West and East compel Turkey to derive as many benefits as possible from its current position. Ankara’s greater assertiveness in dealing with Brussels is a function of a more intensive cooperation with Moscow, whereas today’s economic and political situation allows considerable scope for bargaining over gas prices between Turkey and Russia. Quite simply, in its interaction with Russia, Turkey refers to Western-related risks, while the country’s dialogue with the West emphasizes risks posed by Russia.

In reality, regional developments and the unbalanced foreign policies of Turkey as it seeks to redefine its place in the world incur major risks. This redefinition causes concern in many capitals, including Moscow. The world powers are not interested in greater uncertainty in the key regional camp Turkey is part of.

Ankara has a chance to make its policies more sensible and balanced, but as Turkey’s authorities increasingly face terror and Russia’s particular stances, Turkish officials find themselves in the fell clutch of circumstance. Notwithstanding their different perception of events in Syria and Iraq, Russia and Turkey are all eager to combat terrorism. Stability in the Middle East, which has suffered too much over the recent years, will depend on their bargaining. In fact, Turkey and Russia hold the key to a more normalized world, as much depends on their consensus over joint anti-terror campaigns. Perhaps the tragic death of the Russian ambassador will push Moscow and Ankara from a theoretical understanding of this necessity to a practical cooperation. 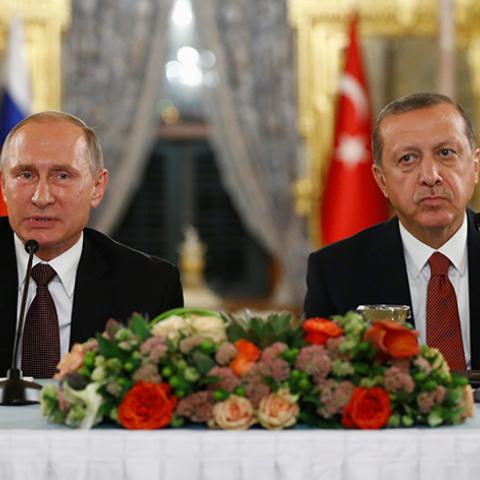