Relations between Moscow and Ankara, though tense at times, appear to be tentatively improving. 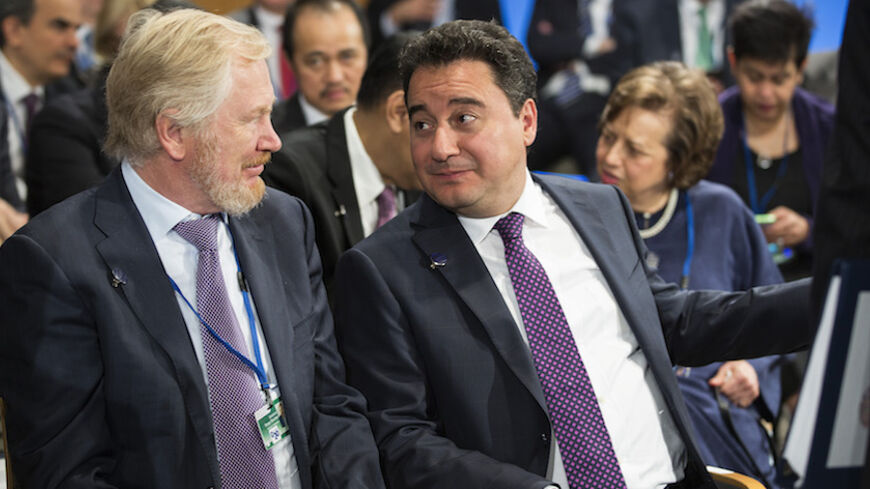 Russia and Turkey have had a long, often tumultuous relationship, and some of their difficulties are not so distant. Their current relations are of particular significance in the context of the tense confrontation between the United States, the European Union and Russia over Ukraine.

Before Moscow invaded and annexed Crimea earlier this year, Russian-Turkish relations had been on a dramatic upswing, with two-way trade reaching some $32 billion in 2013 (mostly Turkish imports of Russian natural gas) and Russia becoming Turkey’s No. 2 trading partner, behind Germany. Turkey had also emerged as Russia’s No. 1 trade partner in services, according to Russian Central Bank statistics, and the leading destination for Russian tourists (some 4 million in 2013), although recent advertisements on Russian state television is encouraging them to go to Crimea instead. Two years ago, Russia and Turkey agreed on visa-free travel for their citizens, allowing stays of one and later two to three months. Meanwhile, the EU and Turkey have established a road map for visa-free travel, but have not finalized an agreement.

On the political front, Russia and Turkey established the High Level Cooperation Council in 2010, which has met four times and may convene its fifth session in Turkey before the end of the year. Russian and Turkish officials appear to consult regularly on significant regional issues. In October, President Recep Tayyip Erdogan called President Vladimir Putin to discuss the Islamic State. Although Moscow and Ankara do not always agree on how to proceed on issues, their communications appear to be far more regular and substantive than Putin’s exchanges with any other NATO member, especially after the alliance shut down the NATO-Russia Council earlier this year. After an inquiry by Al-Monitor, the Moscow Times debunked media reports circulating in social media citing the paper as the source of a story about a contentious conversation between Putin and Erdogan that ended in mutual threats.

Perhaps most remarkable is that while Erdogan continues to press Putin about the Crimean Tatars and their priorities, Turkey has abstained from Western efforts to punish Moscow over Ukraine, maintaining a rather moderate tone. This stands in stark contrast to the other governments most directly affected — namely, the Central European NATO members — which have tried to push NATO and the United States into doing more and which in many cases are seeking US and NATO troop deployments on their territory.

From another perspective, however, as a non-EU member of NATO, Turkey has felt relatively little pressure from its allies so far. The US-EU strategy for dealing with Moscow, such as it is, relies primarily on economic rather than military instruments. Moreover, in view of the EU’s long-term arms-length relationship with Turkey, neither the EU nor its leading members are in a particularly strong position to push Ankara to impose economic sanctions over Russian’s reaction to Ukraine’s desire to turn to the West.

Beyond that, Turkey does not look particularly interested in lining up with the United States and the EU to confront Moscow. In October, Turkey’s ambassador to Russia, Umit Yardim, declared that his government would not impose sanctions on Russia if asked by its allies. Earlier, in August, Turkey offered to increase food exports to Russia after Moscow banned many European foodstuffs and suggested using national currencies rather than dollars in bilateral trade. A month earlier, Ankara had inquired about a free trade agreement with the Russia-led Customs Union. In early May, less than two months after the Crimea annexation, state-owned Turkish Airlines announced plans to reinstate flights there.

For Russia, the advantages of an improving relationship with Turkey are powerful and multidimensional. The symbolism of Turkey’s unwillingness to join the US-European effort to isolate Moscow and to impose costs for the Kremlin’s conduct in Ukraine allows Russian leaders to assert (and to believe) that NATO is not quite as unified as some of its national leaders claim. Almost from NATO’s founding, Moscow has sought to exacerbate tensions within the alliance, a sensible geopolitical strategy that works best when Moscow is not overly provocative in its foreign policy. Given how unfavorable the current environment is in this context, Russia’s relative success with Turkey likely extends beyond mere active diplomacy to also reflect a gradual, underlying shift in Ankara’s perception of its national interests and goals as its efforts to join the EU recede.

Moscow sees Turkey as not only a key market and service provider, but also as an attractive counterterrorism partner in the strategically important Caucasus region as well as the Middle East. More fundamentally, if NATO were ever to consider military operations to restore Crimea to Ukraine — a virtual impossibility given Moscow’s nuclear deterrent, although Russia’s military planners must nevertheless consider it among their worst-case scenarios — or if Russia and NATO slid into a military conflict in Ukraine, Turkey’s well-developed NATO infrastructure would pose the most immediate threat to the peninsula and to Russia’s naval base at Sevastopol. Needless to say, Ankara’s control of access to the Black Sea from the Mediterranean would be of great significance in either situation. A Turkey unwilling to participate in such a confrontation would sharply limit NATO’s options.

Looking ahead, there is still room for growth in bilateral trade. The combination of Russia’s energy resources and Turkey’s location straddling three continents creates considerable synergies that could be appealing to Russia, not to mention that Turkey provides state-owned Gazprom with yet another route around Ukraine to Europe. Turkey also appears to share some of Moscow’s perspectives on the need to reform the international financial system to accommodate emerging economies.

None of this is intended to minimize very real differences between Russia and Turkey. Their contrasting approaches to important issues — for example, the civil war in Syria (Ankara and Moscow differ sharply over President Bashar al-Assad’s future in Syria) and Moscow’s sympathy toward Orthodox Christians in the Mediterranean and Black Sea regions (including in Greece and Greek Cyprus, the latter, until the euro crisis, being Russia’s largest “foreign” investor as a haven for Russian oligarchs’ offshore accounts) — will continue to produce occasional tensions. Also take, for instance, the recent competing naval exercises in the Mediterranean reported by Al-Monitor.

For now, Moscow and Ankara appear to have found a way to compartmentalize their disagreements so they do not detract materially from their overall bilateral relationship. With Erdogan having moved from being prime minister to president and former Foreign Minister Ahmet Davutoglu taking over the premiership, Turkey seems likely to sustain its current policy toward Moscow, and Russia seems likely to reciprocate.