Will new Fatah leaders' fluency in Hebrew make a difference?

The Palestinian leaders who were elected for Fatah's Central Committee speak Hebrew fluently, which some analysts say will help break the language barrier during talks with Israelis. 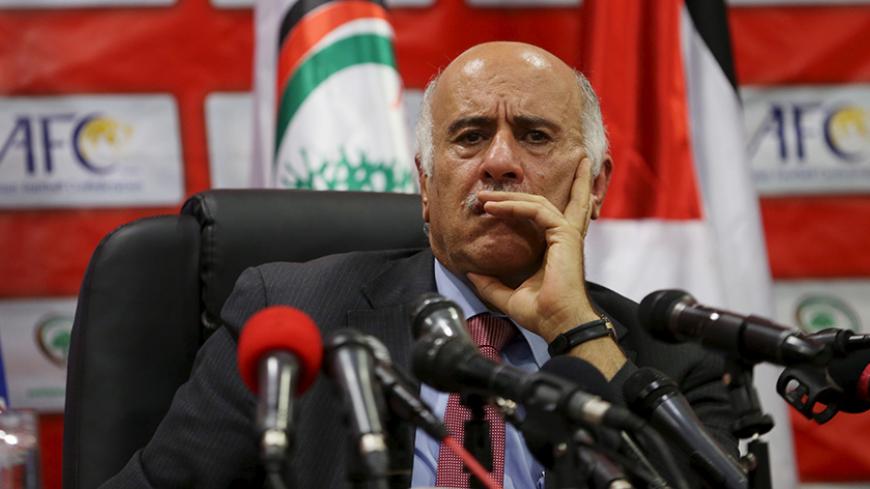 According to the final election results for Fatah's Central Committee, Barghouti received 936 votes, while Rajoub came in second with 838 votes. Mahmoud Abbas was re-elected on the first day of the congress Nov. 29 by acclamation — so he was not on the ballot. As head of Fatah, Abbas also gets to appoint four additional members to the Central Committee, which is the most powerful body in the movement.

Being articulate in Hebrew gives Barghouti and Rajoub extra advantages, especially when it comes to addressing the Israeli public. Television news producers, especially when preparing for a live news program, normally favor Hebrew speakers for guests because of the difficulty of live translation.

Smadar Perry, a senior editor for Middle East Affairs for Yediot Ahronot, the leading daily newspaper in Israel, told Al-Monitor that Rajoub is well-known to Israelis because of his knowledge of Hebrew. “Rajoub is very well-known here. I remember Jibril translated Menachem Begin's book while he was in prison.” Rajoub spent 19 years in Israeli prisons before being released in the 1985 prisoner exchange deal.

Palestinians also see significance in Rajoub’s knowledge of Hebrew. Anees Sweidan, a former TV anchor with Nablus TV, told Al-Monitor that Rajoub’s language skills will help him in any future negotiations with Israel.”

Sweidan, now a PLO employee in Ramallah, noted that Rajoub’s victory was not limited to him, saying, “The list he headed within the Fatah congress succeeded in gaining 14 out of 18 members of the movement’s Central Committee.” Sweidan added that Saeb Erekat was not on Rajoub’s list, and the lopsided victory for the former Palestinian prisoner will surely mean he will replace Erekat as the top Palestinian negotiator.

In addition to Rajoub, Mohammed Madani, an ally of Rajoub, won a seat on Rajoub’s list for the powerful Central Committee. Madani, also fluent in Hebrew because he was born in the Galilee and had left Israel to join the PLO in the 1960s, has been responsible for contacts with Israelis. As the head of the Palestinian Committee for Interaction with Israeli Society, Madani had arranged a visit by Israeli mayors in May to meet with Abbas in Ramallah.

Madani, however, was subject to a revocation of his permit to enter Israel by hard-line Israeli Defense Minister Avigdor Liberman. The Israeli minister, who lives in a West Bank Nikodim settlement, accused Madani of promoting subversion in Israel. He accused him of attempting “to intervene in [Israel’s] internal affairs,” and that he even tried to establish a political party in Israel. Madani denied the charges, but many Israelis believe that the action was aimed at muzzling voices of peace within the Palestinian leadership.

Aware of this issue, Abbas went out of his way during his three-hour speech to the Fatah congress Nov. 30 to praise Madani for his efforts to talk peace with the Israelis. Mention of Madani’s name was also noted by Perry in her interview with Al-Monitor.

Nevertheless, Perry didn’t feel that the elections of Hebrew speakers, like Rajoub, Barghouti and Madani, will make a significant change in the stalled peace process.

“The fact that they learned Hebrew in prison seems ‘natural.’ There are Arabic speakers on our side as well. As long as there is no real interchange between our communities, on the ground, the language is unfortunately irrelevant,” she added.

Perry believes that there is no lack of understanding of Israel on the Palestinian side. “I believe Abu Mazen [Abbas] knows us very well. Of course, there is a big difference between what he says publicly and what he knows and feels.” Perry, however, appears to place the real obstacle on decision-makers, saying, “But in the end, it is not Hebrew speakers or advisers who count, but decision-makers.”

For years, the top Palestinian negotiators were conducting talks in English and learned about the Israeli point of view by reading translations from the Hebrew media. For the first time in the Israeli-Palestinian conflict, a number of the top leaders of Palestine’s leading liberation movement are fluent Hebrew speakers. Their inside knowledge of the Israeli psyche and their ability to communicate directly to the Israeli public will come in handy at the right time.

Language doesn’t replace decision-making, but it can make a difference when it comes to changing the mindset of your adversary. As Anwar Sadat said on the eve of his historic visit to Israel and his 1977 address to the Israeli Knesset, conflicts are perpetuated because of the existence of “a psychological wall” of suspicion and erroneous interpretations. “It is this psychological barrier that I described in official statements as representing 70% of the whole problem,” Sadat told Israelis on Nov. 20, 1977. Only time will tell if Barghouti, Rajoub and Madani will be able to use their Hebrew skills to help break down the wall of suspicion with Israelis.