Despite successful cooperation with Moscow to help retake Aleppo, Tehran is likely to remain suspicious of Russian intentions and maneuvering in Syria. 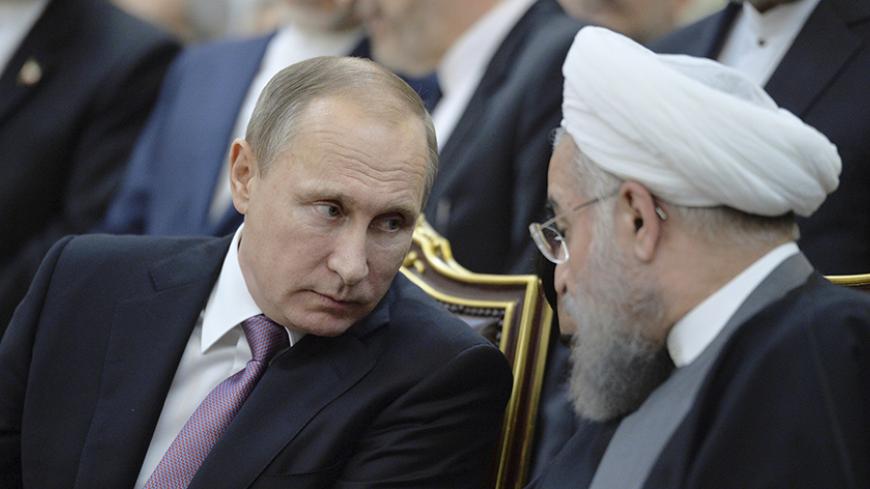 After a long period of heavy fighting over the city of Aleppo, the Syrian army and its allies have managed to retake almost all of it from the rebel forces. It is a considerable achievement not only for the Syrian government, but also for Russia and Iran as its main allies. The victory in Aleppo came amid continued diplomatic efforts to address the violence in Syria.

On Dec. 8, Moscow announced a new round of talks between Russian Foreign Minister Sergey Lavrov and his US counterpart, Secretary of State John Kerry, to try to find a solution for the embattled city and possibly the entire country. As anticipated from the moment the talks were announced, and like the previous peace efforts by the two powers, the new diplomatic initiative did not lead to a successful outcome. Indeed, as early as Dec. 12, it was declared that the dialogue had ended in deadlock.

Of interest, however, is that Iran was once again not a part of Russia’s diplomatic maneuvering on Syria, and this raises questions about Tehran's place in Russia’s overall Syrian strategy. In fact, although Russian Deputy Foreign Minister Mikhail Bugdanov said that he had informed Iran of the latest US proposal, the Iranians denied receiving information in this regard.

That said, Russia’s agreeing to enter a new round of talks with the United States was not a serious effort to reach a peace agreement, but had primarily been driven by two other factors: First, Russia’s decision was announced a short time after the Barack Obama administration showed a willingness to increase support for Syrian rebels with deliveries of more sophisticated weapons. Second, international pressure on Moscow and its Syrian policy increased after Moscow vetoed a proposed resolution on humanitarian access to Aleppo at the UN Security Council Dec. 5. Thus, declaring its willingness to hold talks with the United States was merely a tactical move by Moscow to suggest that it is ready for a political resolution on Syria, effectively killing time until the next US administration, which by all indications will probably have a more positive attitude toward Russia. Awareness of these dynamics may have caused Tehran to stifle any expressions of opposition it might have had to the US-Russian talks, and the Syrian government’s victory in Aleppo proved that the tactic had been successful, as it paused any intention by the United States to take more serious steps regarding Aleppo. What will come next?

As discussed in Al-Monitor early in the year, keeping the current Syrian ruling establishment in place and preventing its opponents from seizing power has been the overriding objective bringing Iran and Russia together in Syria. This shared interest aside, each is also pursuing individual goals that they do not necessarily share entirely. Thus, as the situation moves closer to the realization of these separate goals, one can anticipate that differences in the Russian and Iranian approaches will become more apparent.

The first important point to consider in this regard is the deepening Russia-Turkey reconciliation and its impact on the Syrian crisis. The most important impact so far is the advancement of Turkish-backed forces in northern Syria, especially against al-Bab, whose strategic value lies in the opportunity it provides for these forces to play a notable role in Syria's future. After losing ground in Aleppo and other areas, al-Bab could be regarded as their only strategic asset to bargain with and gain political points. The main point in the grander scheme of things, however, is that Turkey launched its al-Bab operation after a series of ​meetings and contacts between high-ranking Russian and Turkish officials. This has raised suggestions that the operation could not have been launched without an implicit green light from Moscow at the very least.

The maneuvering over al-Bab can be regarded as Iran’s first serious concern about Russia’s future plans in Syria, because it could mean that Moscow and Ankara have reached an agreement to in the longer term recognize their “zones of influence” in Syria, which in turn, would mean a decrease in the power and control of the Syrian government. This concerns Tehran because its influence in Syria rests mainly on its relations with Assad’s regime.

The second potential concern for Iran in this regard is that since the start of the war in Syria in 2011, Moscow has managed to establish channels of communication with the more moderate Syrian opposition groups. Most recently, there have been reports of negotiations between Russia and representatives of the Syrian opposition in Turkey. Moreover, Moscow has strong links with the Syrian Kurds and has even agreed to allow them to open an office in Russia. In other words, Russia has been diversifying its range of options for the Syria of the future, while Iran’s ties to the main parties involved in the Syrian conflict have been limited to the Assad government. Hence, any drastic change in the structure of the Syrian government or the governance of Syria could carry a higher cost for Iran compared to Russia.

A third potential concern for Iran in Syria relates to the prospect of cooperation between Moscow and Washington resulting in effective collaboration between them after the new US administration takes office. An important sign of a potential new era in US-Russian relations was the selection of Rex Tillerson, a close friend of Russian President Vladimir Putin, as US secretary of state. In this context, if US President-elect Donald Trump’s stated idea of an anti-terrorism partnership with Russia is realized, it could mean that the two sides might eventually agree on a “solution among great powers,” which Putin has long shown a willingness to forge. If such a development occurs, it could not only exclude Iran from the forefront of finding a solution for Syria, but also entail some elements, such as the federalization of the war-torn country, a scenario Iran strongly opposes.

Thus, it seems that given the current situation, Iran might consider revising its available options in Syria and diversify its channels of communication to encompass more domestic and foreign actors with influence in the country. If not, it could very well lose some of its maneuverability in postwar Syria.