Ankara’s constantly evolving intentions in Syria have eased the minds of Russia and the Syrian regime as they continue to consolidate their position in Aleppo and beyond. 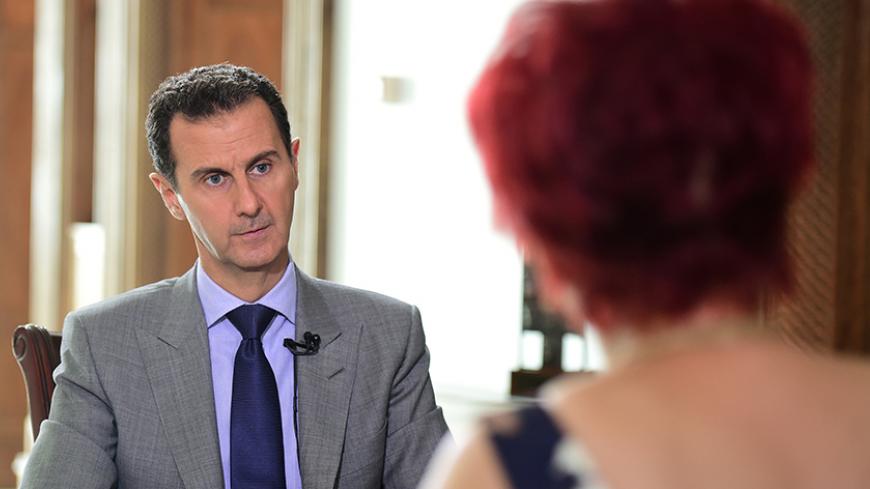 Turkey’s policy aimed at preventing Syrian Kurds from gaining a swath of territory along the Turkish-Syrian border has totally trumped its desire to see the end of Syrian President Bashar al-Assad. Developments show that Turkey at this point is even enabling Assad’s drive to regain control of Syria.

The Turkish drive to capture the Islamic State (IS) stronghold of al-Bab, only 30 kilometers (18 miles) from the Turkish border, also aims at curbing Kurdish aspirations. Gaining control of this town has become a matter of prestige for President Recep Tayyip Erdogan, who has been arguing for weeks that it is on the verge of being taken.

The problem for Turkey, however, is that it is not just Kurds attached to the People's Protection Units (YPG) — which Ankara views as a terrorist group linked to the Kurdistan Workers Party (PKK) — who are racing to take al-Bab.

The Syrian regime also wants the town to consolidate its imminent victory in Aleppo. Al-Bab is a gateway to Aleppo, which also leaves Moscow concerned that it could provide a supply line for anti-regime fighters.

Reports have appeared in the Turkish media claiming that the Syrian army and the YPG are collaborating to enter the town before the Turkish-supported Free Syrian Army (FSA).

But following assurances by Prime Minister Binali Yildirim regarding Turkey’s intentions in Syria, given during his visit to Moscow last week, there are indications that Ankara has obtained a conditional green light from Russia to move on al-Bab.

There are also signs indicating that the town may be close to falling to the Turkish-supported FSA. The Russian Sputnik agency claimed Dec. 9 that some FSA elements had already entered the town and were engaged in street fighting.

Fielding questions from the Turkish press while in Moscow, Yildirim acknowledged that there were Russian concerns regarding the aims of Operation Euphrates Shield, Turkey’s code name for its military operation in northern Syria.

“There is a perception that our activities with regard to al-Bab also cover Aleppo. Our president has said that is not the case, but [the Russian side] brought this subject up again,” Yildirim said.

Yildirim said Turkey was only concerned with the humanitarian situation in Aleppo, and he went on to indicate Turkish officials wanted Russia to use its influence over the regime for aid to reach the city. He carefully avoided any mention, however, of the fact that Russia is supporting the regime’s operation in Aleppo.

Yildirim said Ankara’s only aim in Syria was to prevent IS and the YPG from endangering Turkey’s security. “Our drive southward is limited to al-Bab. They [the Russians] want to know that we have no plans beyond that. We do not have any such plans,” Yildirim said.

He said Moscow would also try to ensure that the Syrian regime will not interfere with Turkey’s plans. Tellingly, Turkish-supported FSA operations against al-Bab gathered steam since a potential crisis between Ankara and Moscow due to a remark by Erdogan was averted.

Erdogan caused discomfort in Moscow after he suggested recently that the aim of Operation Euphrates Shield was to topple Assad. He corrected himself later after Moscow demanded an explanation and following a spate of phone conversations he had with Russian President Vladimir Putin.

Retracting his remark, Erdogan announced publicly that Turkey was not in Syria to target any person or country but merely to fight terrorism.

Prior to Erdogan’s controversial remark, Turkey’s onslaught against al-Bab had already come to a near standstill following an air attack against its forces near the town Nov. 24 that killed four Turkish soldiers. Russia denied involvement of its forces or regime forces.

The attack, which came on the first anniversary to the day of the downing of a Russian fighter jet by Turkey, was nevertheless taken by many as a barely concealed message to Ankara to stop its drive on al-Bab until it clarified its intentions.

Getting the Assad regime to regain control over Aleppo is clearly a strategic target for Russia, which does not want intervention of any sort by Turkey that might endanger this.

Leonid Ivashov, the president of the Moscow-based Academy for Geopolitical Issues, was quoted recently saying that the taking of this city was “a matter of geopolitics,” indicating that Russia and Syria are radically altering the global balance of power.

“A new multipolar, fairer and safer world is coming into being there,” according to Ivashov.

Erdogan’s various statements show that Ankara would also welcome a world in which Russia plays a major role that counterbalances the West, with which Turkey increasingly has tense relations.

Meanwhile, Turkey’s promise to Russia not to move beyond al-Bab also eases Assad’s hand as he moves to consolidate his hold over Aleppo. Pro-government analysts in Ankara agree with this, albeit in a circuitous manner.

Burhanettin Duran, who heads the Ankara-based Foundation for Political, Economic and Social Research (SETAV), a think tank funded by the government, argues that Euphrates Shield has reached the limit beyond which it will face resistance from Russia and the United States.

“The Assad regime is continuing to get stronger in the field. It plans to cross a threshold with the fall of Aleppo. It will grab the opportunity to regain all of the major cities in the country,” Duran argued. Duran also predicts that the Syrian opposition will sit at the peace table now from a much weaker position.

Can Acun, who is another SETAV analyst, says opposition forces in other parts of Syria will also be gradually eliminated after the fall of Aleppo. He said he believes there is no possibility of rolling back the tide in Aleppo and argues that the focus now will shift to the political arena. He said Turkey’s efforts should concentrate henceforth on alleviating the humanitarian crisis in Aleppo and other parts of the country.

All of this is a far cry from what Ankara set out to achieve at the beginning of the Syrian crisis, when it openly declared its desire to see Assad toppled and replaced by a Sunni-led administration friendly to Turkey. Instead, it landed in a mess fraught with contradictions and threats it never factored in at the start.

Returning to the theme of preventing Kurdish aspirations, retired Maj. Gen. Armagan Kuloglu believes it is vital at this stage for Turkey to cooperate with Russia and Iran to ensure Syria’s territorial integrity. He believes this is the only way Kurdish aspirations in Syria can be prevented and the road to “Greater Kurdistan” blocked.

It is not clear, however, if the ultimate settlement arrived at for Syria, which will also aim to secure Syria’s territorial integrity, will be agreeable to Turkey, given Russian support for the idea that the Kurds must also have a voice in that country.

Turkey and its proxies may be poised to capture al-Bab with Russian permission, but Ankara’s troubles in Syria appear set to continue long after that and include the question of how to deal with Assad after he reconsolidates his power.