Despite striving to forge a consensus, Iranian conservatives appear to introduce their own separate candidates ahead of the country’s May 2017 presidential election. 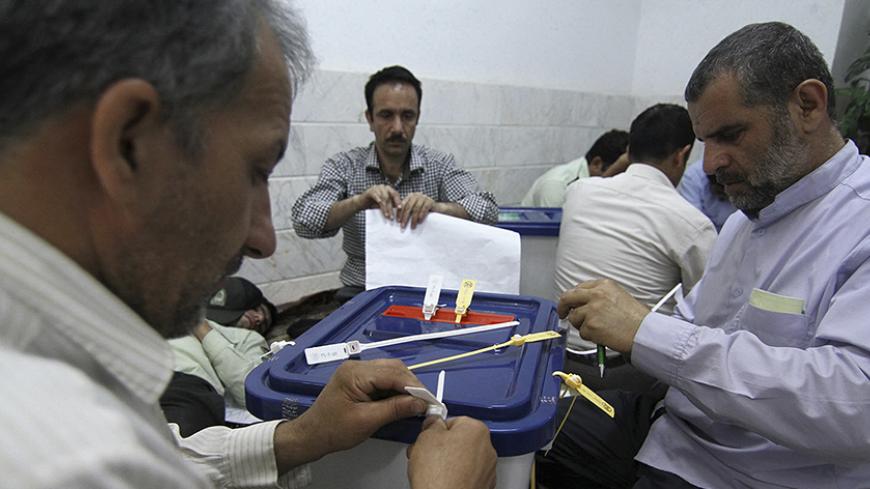 As Iran approaches its May 29 presidential election, conservatives are striving to reach a consensus over a single candidate. However, it looks like they have a very long and difficult road ahead in achieving this objective as various conservative parties have been unveiling their preferred candidates.

On Dec. 16, Mostafa Mirsalim, the former minister of culture and Islamic guidance, was announced as the candidate of the Islamic Coalition Party (ICP) for the presidential election.

Hamid Reza Taraghi, a member of the central council of the ICP, told the Young Journalists’ Club on Dec. 16 that the party had decided to nominate Mirsalim. However, in an interview with ILNA news agency Dec. 19, Taraghi said, “Declaring Mirsalim as the candidate of the [ICP] depends on his expressing his own view about the matter.”

In July 1980, Mirsalim was proposed by then-President Abolhassan Bani-Sadr as a candidate for prime minister, but parliament did not vote him in. In 1994, he was appointed as the minister of culture and Islamic guidance in the presidential Cabinet of Ayatollah Akbar Hashemi Rafsanjani. At present, he is a member of the Expediency Council, which is chaired by Rafsanjani.

During his time at the Ministry of Culture and Islamic Guidance, authors and scholars were very critical of him over what were seen as excessive restrictions. For instance, Mirsalim banned use of the term “rooye ham rafte” in books, which is commonly used to say “In general” or “In total” in Persian, but could also be read as crudely referring to two people on top of each other.

Meanwhile, on Dec. 18, the conservative Front of Followers of the Line of the Imam and the Leader announced that Mohammad Reza Bahonar, the head of the party, is its candidate for the presidential vote.

Mohsen Koohkan, the deputy head of the front, told the semi-official Fars News Agency on Dec. 18, “We are looking for a person who has the necessary mastery and knowledge of the major issues of the country. Thus, the emphasis … is that Mr. Bahonar enter the scene.” Koohkan also said that Bahonar “hasn’t been convinced yet and he is still not in agreement with his candidacy in the election, but our efforts to persuade Mr. Bahonar on the nomination will persist.”

After serving as a lawmaker for 28 years, Bahonar decided not to run again in the parliamentary elections in February. “A champion should kiss the mats and leave [the venue] before he loses his gold medal,” Bahonar said on Dec. 26, 2015, when asked by a reporter to explain the reason behind his decision to leave parliament.

In response to a question about his possible nomination for the presidential election or even to run for mayor of Tehran in May, Bahonar said, “All of these events may happen in the future. … Right now, I have no intention to run in these kinds of elections. I mean, I’m not a presidential candidate right now,” emphasizing in Persian the term “right now.”

Bahonar is a moderate conservative and most recently served as deputy parliament speaker in the former conservative-dominated parliament (2012-16). Moreover, he served as the campaign manager for Ali Larijani in the 2005 presidential contest, which resulted in the surprise election of then-Tehran Mayor Mahmoud Ahmadinejad. Larijani is currently the speaker of parliament.

Of further note, the conservative Yekta (Unique) Party unveiled its possible candidates Nov. 1: They are Rostam Qasemi and Hamid Reza Haji Babaee. Yekta mostly draws its ranks from members of Ahmadinejad’s former administrations. Qasemi served as oil minister under Ahmadinejad, and prior to that was an officer in the Islamic Revolutionary Guard Corps. Haji Babaee was the minister of education in Ahmadinejad’s second term (2009-13) and is currently a member of parliament.