Teenager Ansam Raed Saleh al-Wadiya has filled the walls of her house in the Shajaiya neighborhood in eastern Gaza City, which was badly destroyed in the 2014 Israeli war on Gaza, with paintings that reflect the Palestinian struggle. 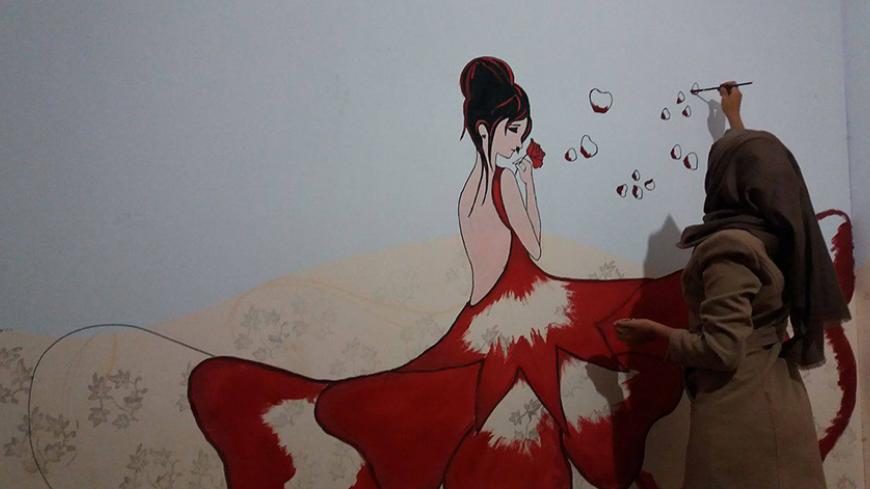 Ansam Raed Saleh al-Wadiya works on one of her paintings in the Shajaiya neighborhood in eastern Gaza City, Gaza Strip, Nov. 29, 2016. - Nirmine al-Jadi 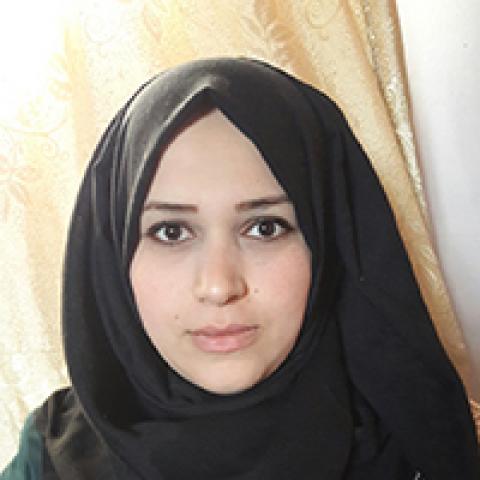 GAZA CITY, Gaza Strip — On a hilltop in the Shajaiya neighborhood in the eastern part of Gaza City, which was extensively damaged by the Israeli war on the Gaza Strip in July-August 2014, lives Ansam Raed Saleh al-Wadiya. The teenager has turned the walls of her house into murals in an expression of her emotions and imagination, attracting visitors despite the piles of stone and rubble they must pass in the streets to get there.

The eyes of Ansam, 16, show hope and strength, and her paintings carry the viewer to a world of peace and calm. She has worked on the murals for many long nights, and spent much time creating the drawings that she included in her painting booklet and on the walls of Dalal al-Mughrabi High School. The walls of her house are covered in about 20 paintings each, which include architectural shapes, nature scenes and cartoon characters.

She told Al-Monitor, “I started drawing on walls after the Israeli warplanes shelled our house two years ago. I tried to find a place to shelter my dreams through painting. I could not find it in Gaza, and I decided to realize my dreams between the rubble and sand, and transform our house into a [giant] painting that everyone would visit.”

Despite the tough economic situation — due to rising unemployment and lack of job opportunities that have taken a toll on Ansam’s family of 12 — her mother, Sahar, is her biggest supporter. She gave Ansam her painting kit to help her develop her skills and keep her dreams alive through drawing.

When asked about how she got into painting, Ansam said, “I [perfected] the art [technique] when I was 10. But I wasn't as good as I am now. I would redraw paintings until I perfected them. I only used crayons at the time. Later, my mother bought me many other kinds of coloring materials such as oil paint and gouache, and this helped me improve [my skills].”

Ansam’s goal, other than painting on walls, was to make visitors to the house feel welcome and at ease. Each painting engages the viewer for quite some time, as they notice landmarks such as Al-Aqsa Mosque that portray the Palestinian identity and people's resilience. The nature scenes emit comfort and calm.

Ansam said, “I participated in several drawing competitions in the Gaza Strip and won first place with my expressive and innocent paintings. I took part in the 2016 Human Rights Competition and won first place in eastern Gaza City for my painting called 'Jerusalem' that I painted with charcoal. I also won the 'Inni Khtartouka Ya Watani' ['I Chose You, My Country'] competition that was held in al-Saraya compound and included painters from all over Gaza. I drew a resistance painting on the land of freedom and used acrylic paint on canvas.”

The two competitions Ansam participated in were organized by local organizations in al-Saraya compound, in al-Rimal neighborhood.

Could Ansam’s dream of becoming an international artist be fulfilled? She said that she dreams of going to Italy, the country of art and artists. She added that she wants to send a message to the world through her paintings — that Gaza is full of people like herself, but unfortunately there is no opportunity to achieve their dreams and no one cares about their talent.

by Murielle KASPRZAK and Joseph SCHMID | AFP | May 26, 2022
END_OF_DOCUMENT_TOKEN_TO_BE_REPLACED