Nubians are prepared to seek international intervention to regain their rights to expropriated lands. 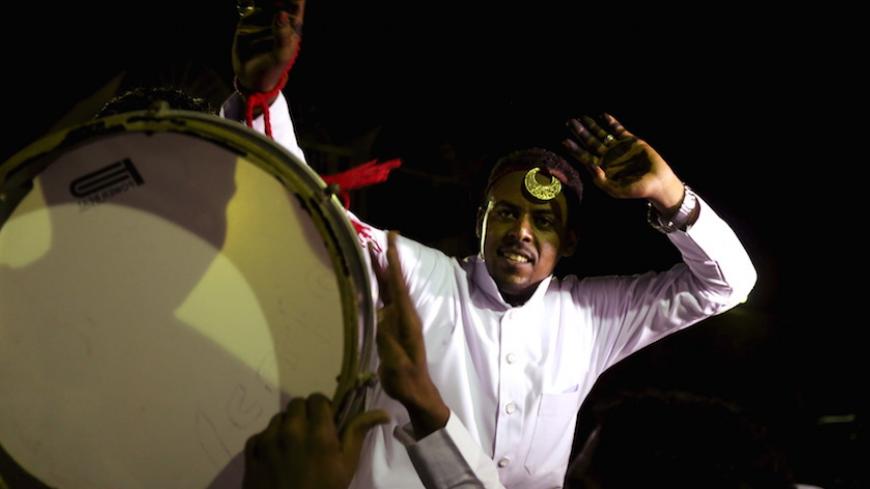 A groom dances as Nubians celebrate at a traditional Nubian wedding in the Nubian village of Adindan near Aswan, south of Egypt, Sept. 30, 2015. - REUTERS/Mohamed Abd El Ghany

CAIRO — Egypt's displaced Nubians want their land back and are threatening to take their demands to the international community.

The Nubians were forced out of their villages along the Nile River in the 1960s when the Aswan High Dam was constructed, and their decadeslong struggle to return reached a critical point in October, when the government put the land up for sale to Egyptian and foreign investors, as well as farmers. After numerous attempts failed to get the government to recognize their claim to the land, on Dec. 3 a Nubian delegation submitted to Egypt's parliament speaker Ali Abdel Aal a petition outlining their demands.

If the demands aren't met, the Nubians are prepared to refer their case to international arbitration.

“When the specified deadline to the government expires [Dec. 17], we will take our cause to the international level, hoping to return to our land that the government forced us to leave," Mohamed Azmy, an activist for the cause, said in exclusive statements to Al-Monitor.

Azmy noted that Nubians do not seek secession, but will appeal to the countries with which Egypt reached conventions to combat all forms of discrimination, such as the 1965 International Convention on the Elimination of All Forms of Racial Discrimination.

Hani Youssef, the former head of the Nubian Union, had said in press statements on the sidelines of a November conference of Nubian leaders, “If the government continues to ignore us, we have no other choice but to resort to the United Nations International Court of Justice, keeping in mind that we are indigenous peoples.”

The issue of Nubians goes back to 1964, when the waters of the High Dam flooded more than 60 of their villages during its construction. The government displaced nearly 135,000 Nubians from their villages to a stark, arid land with no plantations — with the provision that they would return once the dam was complete.

On Oct. 18, the Egyptian government put land lots up for sale in the area of Toshka — within the native lands of the Nubians, as per Article 236 of the constitution — in the first phase of President Abdel Fattah al-Sisi’s national development project to reclaim the 1.56 million acres of land.

The Administrative Judiciary Court’s Board of State Commissioners issued a legal report asking for the dismissal of a case dating back to 1968 that had sought to bind the government to its promise to allow the Nubians to return to their villages on the banks of Lake Nasser. The board’s report is designed to end any Nubian claims to the land.

In an escalatory step, some Nubian activists in Toshka organized a mass protest campaign Nov. 5 called the Nubian Return Caravan, which was launched from Aswan to the Toshka area. They decided to hold an ongoing sit-in until their demands are met under Article 236 of the 2014 constitution.

The article stipulates that the state shall develop and implement a plan for the comprehensive economic and urban development of border and underprivileged areas, including Nubia. It adds that the residents of these areas are to participate in the project and that the state shall implement projects to return the residents to their original areas and develop the areas within 10 years.

The Nubian Return Caravan, led by Azmy, also is demanding an amendment to the 2014 presidential Decree No. 444, under which the lands of numerous Nubian villages are considered military zones — in violation of the constitution, according to the group.

In an attempt to calm the Nubians and break up their protests, a delegation of 12 parliamentarians headed Nov. 22 to Toshka to listen to their demands and relay them to the executive branch and the governor of Aswan. Then on Nov. 30, Egyptian Prime Minister Sherif Ismail met with a delegation of Nubians and Yassin Abdel Saboor, a parliament member for the Aswan governorate, to stress the priority given by the state and the president to the Nubians' issues.

But the Nubians want actions to accompany the words.

“We have exhausted all means to achieve justice. We faced discrimination and persecution, and the government has displaced us from our lands. We filed dozens of lawsuits, but we only received promises that remained unfulfilled," Azmy told Al-Monitor.