Should Ankara be optimistic about relations with Trump? 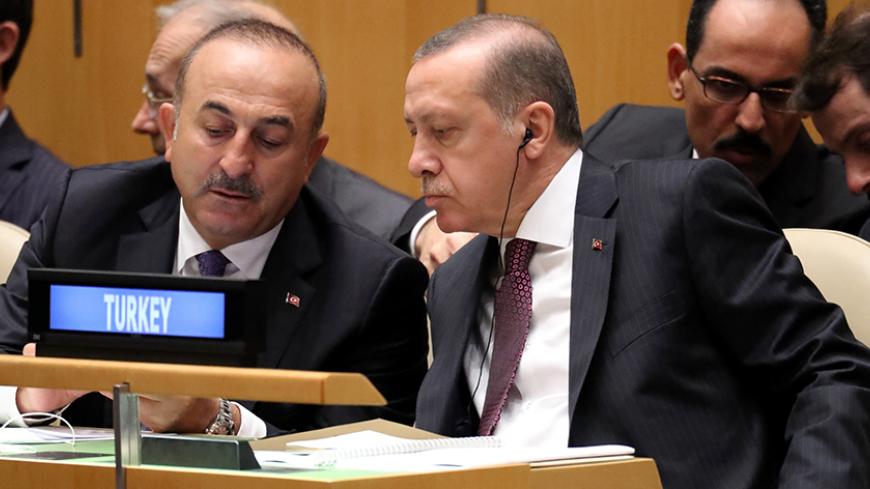 While much of the world remains unsure about US President-elect Donald Trump’s views on major foreign policy issues, Turkish Foreign Minister Mevlut Cavusoglu suggests that he is in the know. Not only that: Also unlike most other observers, Cavusoglu apparently foresaw Trump’s electoral victory.

In a Dec. 5 interview in the pro-government English-language Daily Sabah, Cavusoglu conveyed the general optimism felt by the Turkish leadership that Trump’s presidency will lead to a new and positive chapter in what have been increasingly acrimonious relations with the United States.

Cavusoglu declared, “I was actually expecting Trump to win the election,” and “The Trump administration is one we could cooperate with.” He went on, “I know he is a pragmatic person. Many of our views overlap.” Cavusoglu downplayed Trump’s anti-Muslim rhetoric during the presidential campaign, stating, “We should distinguish between pre-election rhetoric and post-election reality.”

Cavusoglu did not, however, offer specific examples of how Turkish leaders and Trump might see eye to eye beyond asserting, “I know that the new US administration believes that they should fight against terrorism, without favoring one organization." Here he was most probably referring to the US alliance with the Syrian Kurdish People’s Protection Units (YPG), the US-led coalition’s premier partner in the fight against the Islamic State in Syria. Turkey is calling for an immediate end to the alliance on the grounds that the YPG is an integral part of the Kurdistan Workers Party, the rebel group waging a bloody campaign for Kurdish autonomy inside Turkey.

One of the rare foreign policy areas in which Trump has aired clear views is the fight against IS. He says it will be his administration’s top priority and has even hinted that he would not be entirely opposed to letting Syrian President Bashar al-Assad stay on if that is what it would take to defeat the jihadists. It is therefore unlikely that Trump would go along with Ankara’s demands that Washington ditch the YPG unless Turkey offers to put more of its own boots on the ground.

That, anyway, seems to be the view of some of Trump’s prominent supporters, including Mary Beth Long, a former assistant secretary of defense and CIA official. Long, together with other heavyweights from the George W. Bush administration, signed a manifesto opposing Trump, but then went on to support him during the last month of his campaign.

In an exhaustive interview, Long told Hurriyet star reporter Cansu Camlibel that she did not believe the United States could relinquish its support for the Syrian Kurds in the fight against IS, describing them as a buffer against Russia, Iran and Assad. “I can’t see the US losing the buffer that the Kurds represent or could represent between a possibly hostile Russian-Iranian-Syrian post-conflict entity,” she said. If she's right, Trump, much like the current administration, would seek to balance ties with Ankara and those with the YPG.

Washington might even consider supporting Syrian Kurdish demands for autonomy. On the other hand, Long contended, “This would be a transactional president who will look for the best deal. And if Turkey offers him something that he values more than Syrian Kurds’ autonomy in the long run, then he may take it.”

Ankara might choose to ignore Long’s opinions. After all, she publicly asserted that she would not be working for Trump even after his surprise win. There are widespread rumors, however, that he is trying to get Long to change her mind. Few doubt that she would if Trump were to finally plump for former Republican presidential nominee Mitt Romney as secretary of state.

Long, together with Eric S. Edelman, a former US ambassador to Turkey and a fierce critic of Turkish President Recep Tayyip Erdogan, helped manage Romney’s campaign against President Barack Obama in 2012. In any case, Turkey’s hopes for a reset in relations under Trump may well prove to be overblown.