There has been an alarming spike in allegations of ill-treatment and torture in Turkish prisons, and although the claims are backed by a damning EU Commission report, Turkish journalists are scarcely covering the story for fear of their own detention. 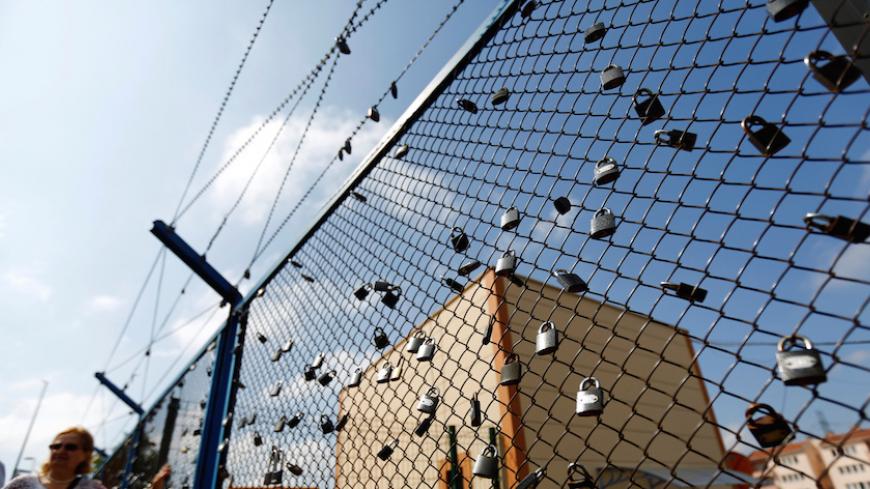 A demonstrator stands next to a fence with padlocks left by prisoners, during a protest against the arrest of three prominent activists for press freedom, in front of Metris prison in Istanbul, Turkey, June 24, 2016. - REUTERS/Murad Sezer

Bozdag was responding to the European Commission’s annual progress report concerning Turkey’s increasingly unlikely membership in the European Union (EU). The report, one of the most critical in recent years, stated, “There were reports of serious human rights violations, including alleged widespread ill treatment and torture of detainees. The crackdown has continued since and has been broadened to pro-Kurdish and other opposition voices.”

Bozdag lashed out at the EU for not backing up its claims with the names of the alleged perpetrators and details on where the abuses occurred. “When I speak to these foreigners, I say give me addresses; they don’t provide addresses,” he complained.

The Turkish press is scarcely documenting the alarming spike in allegations of ill-treatment, as most critical outlets have been shuttered, and many critical journalists locked up on the flimsiest of terror charges. Yet, if Bozdag were to glance at the stream of allegations circulated via Facebook and Twitter or thumb through Human Rights Watch’s most recent report on the subject, he might revise his opinion that “There is no torture in Turkish prisons.” The New York-based watchdog cites at least 13 credible cases of torture since the attempted coup.

He might also take a look at a recent Wall Street Journal article that highlights abuses against political prisoners convicted of crimes linked to the outlawed Kurdistan Workers Party. The abuses are said to have occurred at the Odemis Correctional Facility, in Izmir, the Silivri prison, near Istanbul, and other facilities. The newspaper reported, “One civilian detained outside Ankara the day after the coup told his family that he and dozens of others were held in their underwear on a cement plaza in an open-air detention center for three days. When they complained of thirst, exacerbated by the hot summer sun, their guards sprayed a hose onto the ground and told them to lick up the water.”

Emergency rule imposed after the July 15 coup attempt has hardened the climate of official impunity. It was already in evidence in the mainly Kurdish southeast, where security forces were accused of having killed scores of civilians in Cizre during a prolonged siege of the town last year. Human rights defenders were barred from investigating the claims.

Yet while much attention is focused on the plight of left-wing and Kurdish detainees, there appears to be less sympathy for the estimated 36,000 people arrested over alleged links to Fethullah Gulen, the exiled cleric the government says orchestrated the coup. For instance, news that Mehmet Baransu, an imprisoned journalist loyal to Gulen, being denied food and water for hours before his courtroom appearance Nov. 9 received scant attention.

The same holds for the story of Buket Buyukcelebi, a researcher at Kilis University who was sacked and jailed three months ago under an emergency decree, most likely over alleged links to Gulen. Buyukcelebi, who is pregnant, is being held in Gaziantep prison with her 13-month-old son, Mert, in a cold and overcrowded cell. “One is filled with shame. A six-months-pregnant academic is imprisoned with her 13-month-old baby; is this your justice Republic of Turkey?” tweeted Tugba Tekerek, a prominent Turkish reporter who confirmed Buyukcelebi’s situation.

The Gulenists, for their part, question why the deaths of some 20 people who were said to have committed suicide after being accused of supporting their network have not been properly investigated. Burak Acikalin, an engineer accused of leaking state secrets on behalf of Gulen, was found dead in his cell in Kirklareli prison Nov. 10. The Turkish press reported the death as another suicide.