Iranian media diversely reacted to parliament’s confirming of the new ministers of education, youth affairs and sports, as well as culture and Islamic guidance. 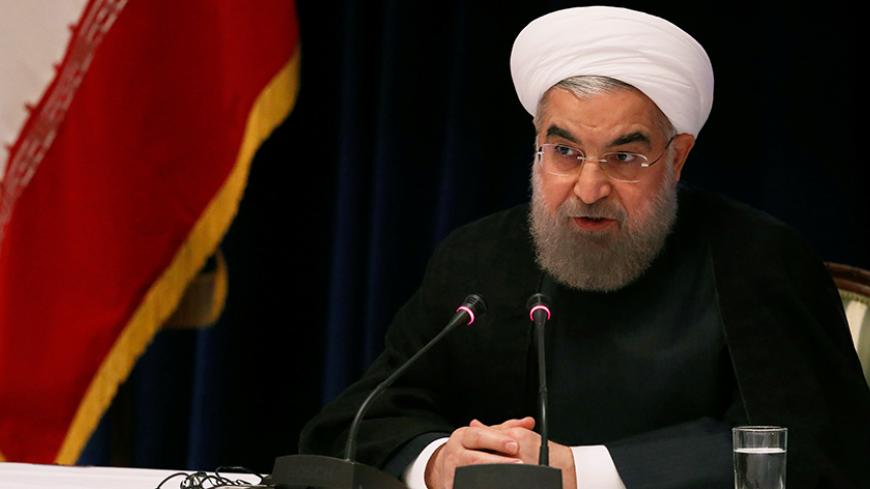 The Iranian parliament’s vote of confidence to the three new ministers in President Hassan Rouhani’s Cabinet dominated the front pages of newspapers in Iran on Nov. 2. Conservative outlets downplayed the confirmation of the Cabinet reshuffle, while Reformist media hailed it as a victory.

Reza Salehi Amiri, Saeed Soltanifar and Fakhreddin Ahmadi Danesh Ashtiani won votes of confidence to take over the ministries of culture and Islamic guidance, youth affairs and sports, and education, respectively, only seven months before Iran’s next presidential election.

Observers believe that the votes were a direct outcome of the parliamentary elections in February when Rouhani’s allies won a majority of the seats.

The Reformist daily Shargh praised Iranian lawmakers’ support for the president. “The first vote of confidence in [the 10th] parliament was clearly different from the previous ones,” Shargh reported. The daily compared the vote with other voting sessions in parliament and stressed, “[This time] there was no room for the endless accusations against the government and smears to undermine its ministers.”

The front page of Arman, another Reformist newspaper, read, “February [parliamentary] elections bear fruit.” The daily assessed the parliament’s approval vote as “The day when moderation and rationality triumphed over extremism.” It added, “This is the same parliament in which conservatives claimed to have a majority. Now the same parliament has invalidated those claims.”

On the other hand, conservative outlets have kept a close focus on Rouhani’s speech to parliament in support of the new members of his Cabinet.

With the headline “If there is corruption, we should not exaggerate it,” Resalat daily quoted Rouhani’s speech on its front page. The paper also published a short interview with the deputy secretary-general of the Combatant Clergy Association, Reza Taghavi.

“I keep asking myself why those who did not win votes of confidence in the previous parliament have again been introduced as ministers [by Rouhani],” said Taghavi, referring to Rouhani’s proposed Cabinet in 2013. Back then, the three newly approved ministers were introduced to the then conservative-dominated parliament for different ministerial positions — only to be rejected.

Meanwhile, conservative daily Javan chose the headline “[The president] came, called [his] critics witless [and] went.” The daily also published interviews with Iranian artists, asking them what they want from the new minister of culture and Islamic guidance.

“[The minister] must halt all projects that are producing thoughtful and critical movies,” film director Alireza Raeisian sarcastically answered. “He should only listen to those who hold power. … In this way, he will be a decent and stable minister.”

In other news, the ISNA news agency on Nov. 2, reported that Saeed Mortazavi, former prosecutor general in Tehran, has been sentenced to 70 lashes for misappropriation of public goods and 65 lashes for negligence and waste of public goods. The reported offenses date back to his time as head of the Social Security Organization, to which he was appointed by President Mahmoud Ahmadinejad in 2012.

In 2010, Mortazavi was suspended from his judicial post due to the deaths of protesters held at the Kahrizak prison in the aftermath of the disputed 2009 presidential elections. Only two years after being appointed as head of Iran's Social Security Organization, he was banned from holding any state office.