After a group of Palestinians accepted the invitation to celebrate the Sukkot holiday with residents of Efrat settlement, four of them were arrested by the Palestinian security service. 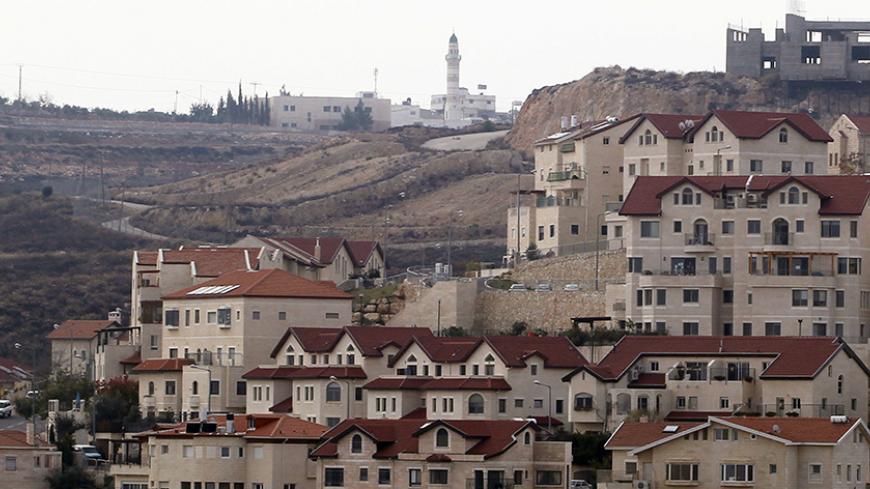 The West Bank Jewish settlement of Efrat and, behind it, a mosque in the Palestinian village of Abdullah Ibrahim, near Bethlehem, West Bank, Dec. 22, 2011. - REUTERS/Baz Ratner

Following the participation of a group of Palestinians in a holiday celebration at a nearby Jewish settlement, Palestinians have been asking themselves a simple question: Why would a population under occupation that bears the brunt of the settlement enterprise visit their occupiers?

The event over the Jewish Sukkot holiday on Oct. 19 was widely covered by the media. Mayor of Efrat Oded Revivi told French news agency AFP that 30 Palestinians who live near the Jewish settlement accepted the invitation. Sukkot is a weeklong Jewish holiday during which participants build a hut and pray for rain. Palestine and Israel suffer from a water shortage.

The Washington Post reported in detail Oct. 20 what happened when Palestinians participated publicly in the holiday events at Efrat with gun-toting settlers and Israeli army officials.

Once the story was made public, the Palestinian security service on Oct. 21 arrested four of the Palestinians who had attended the settlers’ event. Bethlehem Governor Muhammad Taha told Israeli Army Radio that the four were accused of behavior that encourages “normalization with Israel,” which according to the governor is a violation of Palestinian law. It is unclear, however, why these four Palestinians were arrested, but it seems they were among the leaders of the group that attended the event.

Israeli media outlets reported that the Palestinian security service released the four on Oct. 23, as a result of Israeli Prime Minister Benjamin Netanyahu’s criticism against international human rights organizations for being quiet about the arrests.

The question that has been on people’s minds is why the group of Palestinians agreed to legitimize illegal settlers and soldiers who are living on expropriated Palestinian lands.

Some have given the simple answer that this was a reflection of interests by people who have little choice; others tried to be more nuanced.

Sami Awad, the head of the Bethlehem-based nongovernmental organization Holy Land Trust that promotes dialogue and tolerance, rejected the attempts to delegitimize the Palestinians who went to the settlement. In an interview with Al-Monitor, Awad explained that the visit reflects realpolitik rather than an unpatriotic act. “I think the reason that some or many in these villages [in Area C] connect or dialogue with settlers is due to them experiencing a reality and struggle in their daily lives that the Palestinian Authority is not aware of or ignores,” he said.

Awad said that many of these Palestinians are suffering from the occupation on a daily basis, but that they do not see the Palestinian political establishment work toward any changes. He added, "The Palestinians who made the visit are taking things into their own hands knowing that the settlers are not leaving anytime soon.”

Ali Abu Hattab, a resident of the village of al-Khader, told Al-Monitor that the relationship is simply one “between the strong and the weak,” implying that the Palestinians who accepted the invitation to Efrat are the weak party and had little choice but to accept the invitation.

Daoud Nassar, whose family has been fighting since 1991 to keep their lands from being expropriated and from being demolished, refused to accept these justifications. Nasser told Al-Monitor, “Despite the fact that the situation is very difficult, it is important for people to hold on to hope and to not give up. Succumbing to desperation and giving in to them [settlers] is not the way forward for them [Palestinians] or for the future of the Palestinian cause."

Nassar’s family runs a farm called the “Tent of Nations” outside of Bethlehem and not far from Efrat. Tent of Nations is celebrating its 100-year anniversary and is fighting in Israeli courts dozens of demolition orders against structures on their land and expropriation of their privately owned land that is slowly being surrounded by settlements.

The public visit of Palestinians to a nearby long-established settlement should not be a surprise to anyone; in fact, the real surprise is that these kinds of visits haven’t happened until now. The international community has not been able to do anything to reverse the nearly 50 years of occupation and the colonial settlement enterprise that has come with it. The Palestinian government, which is in control of small areas of the West Bank (Area A), is completely impotent when it comes to defending Palestinians in Israeli-controlled Area C, which covers 60% of the West Bank and where all settlements are located.

The quick release of the four Palestinians is welcomed, but the arrest in the first place was not deemed necessary — unless the Palestinian security service feels so insecure that they have no choice but to restore to such tactics.