What state of emergency means for Turkey’s Protestants

After the declaration of the state of emergency in Turkey, in addition to a series of repressive measures, foreign Protestants are being deported. 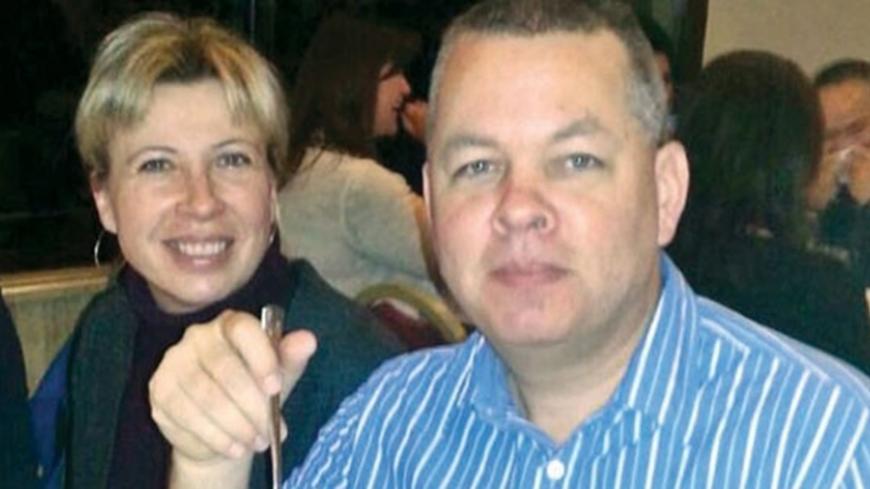 The Rev. Craig Brunson, pastor of the Dirilis Church in Izmir, and his wife, Norine Lyn Brunson, were detained by Turkey's Izmir Immigration Office on Oct. 7, 2016. - Twitter/@a_pbh

President Recep Tayyip Erdogan, while announcing the state of emergency July 21, said the decision was taken to eradicate the presence of the Fethullah Gulen movement in the state structure and elsewhere in the country. But since then, Kurds, Alevis, socialists and now the Protestants who had nothing to do with Gulenists are increasingly being targeted.

Developments in recent weeks have been seriously disturbing to Turkey’s Protestant community, believed to be around 7,000 people.

One development was closing down the Church of Antakya (Antioch). Its justification is hard to understand. The Ministry of Education claims that a nongovernmental organization (NGO) once offered English-language courses on church premises without official permission and that the NGO should therefore be closed down. The police carried out the ministry’s request by closing the down the church. So the sanction was applied to an incorrect entity, but it hasn’t been rectified and the church remains closed.

The Rev. Craig Brunson, pastor of the Dirilis Church in Izmir, and his wife, Norine Lyn Brunson, were detained Oct 7. The Izmir Immigration Office somehow included the couple among those implicated as a "threat to national security activities" and sought their deportation. The Brunsons, who are still in detention, are now awaiting expulsion. According to the information obtained by Al-Monitor, they have not been allowed to communicate with their lawyers or British consular officials during their detention.

In actuality, the expulsion of Protestants on similar charges is not all that unusual. Over the last four years, more than 100 foreign Protestants have been deported. But complaints about what is happening have become more vocal after the state of emergency. At the moment, the Protestant community doesn’t have reliable statistics, but its complaints cover deportations, cancellation of visas or residence permits and refusal of entry to Turkey. The latest case of refusal was not allowing Patrick Jansen, a leader of a church in Gaziantep, to enter Turkey. Some people feel that these pressures on foreign Protestants are concrete evidence of xenophobia that has followed the July 15 coup attempt.

Then there are unreported detentions and interrogations. Soner Tufan, spokesman for the Association of Protestant Churches, told Al-Monitor that a church official he didn’t want to name was called to the police station and asked questions such as “What are the times of your church activities? What do you there? Who attends your church?”

Similar unusual police interest is also reported from the Headquarters of the Association of Protestant Churches. Its chairman, the Rev. Ihsan Ozbek, told Al-Monitor that two police officers visited its office ostensibly to advise them against burglaries but instead questioned the people there about what they were doing and their connections with the church.

Ozbek said a pastor in Mersin was questioned by police for four hours. The pastor, a Turkish national, was asked whether he was Alevi or Sunni. When the pastor said he was Sunni but had converted, he was asked if he had anything to do with Fethullah Gulen.

Ozbek was stunned by the question about Gulen movement. He said that attempting to establish a link between Protestants and Gulenists would be truly overdoing it, but noted that the ruling Justice and Development Party has since 2014 been trying hard to create the impression of Gulenists' penetrating different communities. The omnibus indictment that led the way to dismissals of 2,500 judges and prosecutors says that there are “Alevis, Christians and even atheists” in the organization.

Of course, creating such a perception allows the justification of operations against all communities under the pretext of battling Gulenists.

Then there are steps the Protestants had taken themselves. For the past year, because of the Islamic State threat, they canceled all public mass events.

After the declaration of the state of emergency, all activities outside church premises have been stopped. You don’t see Protestants setting up stands and handing out Bibles and literature anymore.

“I feel we are unable to carry out part of our religious obligations. I don’t know how long this state of emergency will continue, but if it goes on for long, we will have no choice but to resume our activities,” Ozbek said.

Asked his views on the recent pressures they have been experiencing, Ozbek added, “I think the state’s interest in us has increased, but not from a positive perspective. If you look at the investigations of foreigners in our churches, you can’t find anything illegal. They are not openly accused of anything. Until today we haven’t heard of a single solid accusation. But people are denied entry to the country; those here are being deported. This is extremely disturbing, just like the closure of our church. All these arbitrary practices are enabled by the state of emergency.”