How Gulenists played the Kurd card to gain academic influence

Dicle University's reputation as an academic hub for the Gulenist movement made it one of the Turkish government's first targets after the abortive July 15 coup. 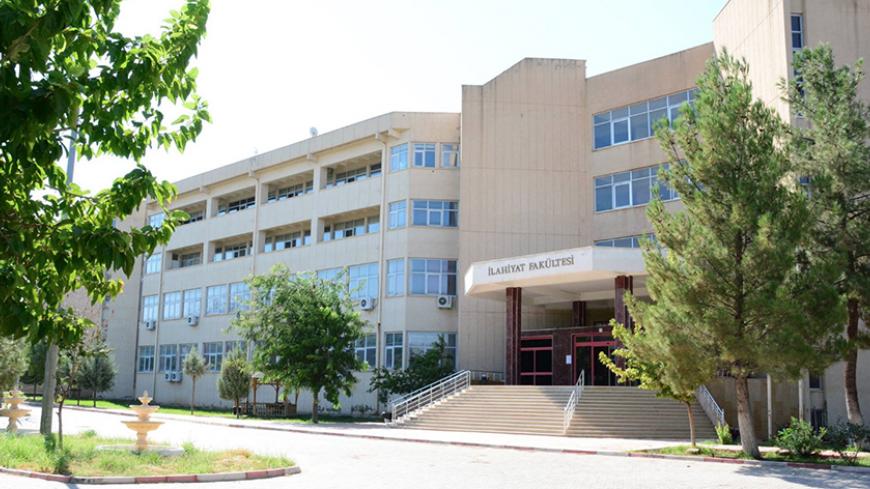 Dicle University's campus, with a view of the theology faculty, Diyarbakir, Turkey, Sept. 1, 2016.

DIYARBAKIR, Turkey — As the Turkish government continues its purge of alleged coup plotters in the Fethullah Gulen movement, many people are asking: How did Dicle University become a sanctuary for the movement?

Dicle University was one of the government's first targets after the failed July 15 coup. Five days after the attempt, university President Aysegul Jale Sarac was detained and then arrested. Then 15 others were detained — six of them, including some of the school's top names, were arrested.

A bit of history is needed to understand why this university in the predominately Kurdish area of Diyarbakir province suddenly became the primary target of security operations.

When Sarac was named president in 2008, Dicle University became synonymous with the Gulen movement. All of Diyarbakir was aware of it, but no action was taken and there was no reaction from the government. Only in December 2013, when conflict surfaced between the government and the Gulenists, did the university first come under scrutiny.

Then in April 2014, Cuma Icten, the deputy for Diyarbakir in the ruling Justice and Development Party (AKP), issued a comprehensive report enumerating the accusations that Sarac had served the Gulen movement. The report said the university was under the total control of Gulenists.

Icten’s report also said Sarac had engaged in finding financial resources for the movement, in hiring its sympathizers for university posts and in training personnel to take over other universities. Why did Gulenists choose Dicle University? The prevailing argument is that the movement's interest in the school coincided with a period when the government had renewed its search for a solution to the Kurdish issue.

Ahmet Inan, an associate theology professor at Dicle University, told Al-Monitor that Gulenists were given free rein at the school in return for attempting to help solve the Kurdish issue.

“Former governments were deluded by Gulenists, who asserted that if they came to this region, they would win the hearts of the people by appealing to [the Kurds' religious nature]. Officials believed this and allowed Gulenists a totally free hand,” he said. “Dicle University is the core of all universities in Kurdish-populated provinces. It was used to train [Gulen] adherents for jobs in new universities.”

Inan said he lodged complaints with many relevant institutions, such as the National Intelligence Service and Higher Education Council, about the Gulenists' plans, but nobody took any action. Instead, Inan said, he was declared a foe and was actually fired from the university three times after 2009, but went to court and was reinstated. Sarac ignored the last court ruling, but Inan was reinstated when a new president was appointed after Sarac was arrested. The Higher Education Council then called on Inan to testify and give evidence of Gulenist actions.

Ahmet Keles, also a Dicle theology professor, said he worked for the Gulen movement for 25 years but left because he was perturbed by Gulenist moves to take over the university.

“In 2008, there were 403 university staff members who had voting rights [were tenured]. In 2012, we had 842 faculty members with voting rights — it doubled in four years. About two-thirds of the new appointments were for the School of Medicine. They turned that school into a mass production center for new supporters. They specialized in how to award academic degrees fastest. They kept exporting people they trained and indoctrinated to other universities,” Keles said.

Like Inan, Keles said the government let the Gulenists take over the university in return for their support with the Kurdish issue.

“There are several reasons why [Gulenists] chose Dicle University. First, they were able to acquire adequate equipment to ensure the university’s accreditation and prestige. They prevented the people of the region from getting jobs at the university, which — far from winning their hearts — made them even more hostile to the state. The university became particularly powerful when the state gave it limitless employment slots. Dicle thus became a strategic power in the hands of Gulenists,” Keles said.

Despite the mass arrests of personnel at many universities after the coup attempt, both Inan and Keles believe Gulenists still maintain their influence. People known to be close to the Gulenists don’t want to talk. Some say the movement's influence is exaggerated, while others say Gulenists are still in full control.

An academic who was suspended on charges of affiliation with the Gulen movement told Al-Monitor on condition of anonymity that the movement is not as powerful as it is made out to be. He said its presence at Dicle University is not significant, but it does have disproportionate influence.