The release of Democratic emails to WikiLeaks may have been less about helping a Republican candidate Russians see as unpredictable and more about fending off US interference in Russia's 2018 presidential election. 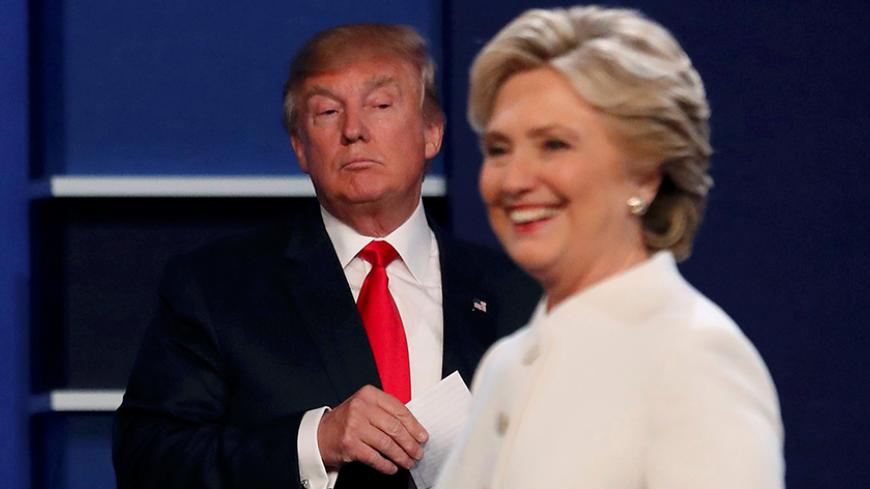 As the two main contenders for the Oval Office faced off in the last debate for the presidential run of 2016, Russia's role in the Middle East was a topic on which former Secretary of State Hillary Clinton and businessman Donald Trump fired some of their bitterest shots at one another. In response to Trump’s statement that he “would enjoy Putin’s respect” — something the flamboyant billionaire sees as a necessary and helpful tool in fixing the badly broken relationship with Russia — Clinton noted that a reason for Moscow to want to have it would be Kremlin’s desire to have a “puppet as president of the United States.”

Trump’s further claim about Russian President Vladimir Putin “outsmarting” Clinton and President Barack Obama “every step of the way” reflects a broader grievance that exists in the United States and in some places across the Middle East that Moscow is winning everywhere, with America in retreat. The narrative is quite appealing to Trump’s supporters but is rather shallow on the merits. Indeed, since the very beginning of the Arab Spring, Russia and the United States have had diametrically opposing views of the nature of the protests and their implications for the broader region. In fact, situations in Libya, Egypt and Syria are frequently brought up by the Russian media and decision-makers as a manifestation of badly conceived and unskillfully managed US policies in the region that started with the invasion of Iraq. In other words, the Russian narrative doesn’t package this as a “win for Moscow-lose for Washington,” but rather a “lose-lose” for everyone — the people in the region above all — and as a series of blunders that should serve as caveats for future regional uprisings and crises.

Still, the joint initiative on the destruction of the Syrian chemical arsenal that Moscow and Washington worked through over 2013-2014 was a great contribution to contemporary global and regional security. A few in the Russian media, for the sake of buttressing domestic propaganda, still recall Putin’s proposal to Obama on Syria's chemical weapons as the Russian leader’s diplomatic victory. In essence, however, it was one of those rare examples when Moscow and Washington could work together on issues of mutual importance and commit to their obligations; these types of initiatives and experiences are badly lacking today.

Unfortunately, the track record of successful bilateral dealings in the region isn’t long, with both sides pursuing their parallel missions — frequently seen as mutually exclusive. But the fact that one party isn’t getting what it wants doesn’t necessarily mean the other one is — especially when the other party is equally struggling to promote its own strategy. Trump’s remarks get him easy tweet followings but are targeted at ill-informed audiences who express little interest in having a critical perception of the events in the Middle East.

Clinton’s response, however, reflects another extreme — at least as seen from Russia. Like any nation, including the United States, Russia is seeking a friendly partner when it comes to foreign leaders. Regardless of the image of Putin shaped in Western discourse, he clearly understands Russia’s own limited leverage toolbox over America. It eventually boils down to the nuclear — and now cyber — capabilities the Russians possess. Even more important is the understanding that the president of the United States — although a powerful position — cannot get all things done unilaterally. Russians are aware of the US system of checks and balances, although they do not always accurately understand how it functions and probably would like better “points of access” with all the US decision-making bodies, not just the administration. But to think that the Russians expect a “puppet” in the Oval Office is simply not realistic.

Most important is how the two American presidential nominees are viewed in Moscow itself. The image of Trump as “Putin’s candidate” and thus someone Moscow would prefer to deal with is very much detached from the perception of him in Russian decision-making. His unpredictable character and the fact that Trump rarely minces his words are viewed as potential challenges in communications with him. For example, the “personal deals with Putin” that Trump has indicated could take place could fail to be reached due to the systemic disagreements between Russia and the United States. Moscow sees that this could bring about Trump's unleashing all of the negative stereotypes of Russians to craft a new age of “American Russophobia, Trump-style” — something not entirely impossible given what the campaign has seen so far.

Clinton isn’t Putin’s prime choice for a counterpart either — she is expected to conduct a more hawkish foreign policy, underpinned by a strong belief in the idea of the American exceptionalism. But it wouldn’t be an exaggeration to argue that the Kremlin is bracing for her presidency — simply because she’s believed to have better odds. Therefore, throwing political or other capital behind someone who you feel has minimal chances to win isn’t a rational strategy. The alleged hacking of the Democratic National Committee emails wasn’t about making Trump stronger — they apparently have not said anything about Clinton to the point that the American people have become so appalled that they are reconsidering their decision to vote for her en masse. It was more about building Moscow’s own deterrent against potential interference of the United States into Russia’s domestic affairs — the Russian presidential elections of 2018 in particular.

This US presidential campaign will soon be over, but the United States will still be left with a challenge of how to work with Russia — in the Middle East, in Eurasia and elsewhere. It is thus crucial in the remaining months before the new president takes office to keep the antagonism low and resist the temptation to play the “Russia card” way too often. Blaming Russia when it comes to US security grievances — even if Kremlin actions allow for such a view — may be a winning political campaign strategy, but could echo badly when it comes to the future relationship with Moscow after either Clinton or Trump is elected president and badly needs Russia when it comes to a number of security challenges in the Middle East.