Resolving the problems that caused the suspension of the Palestinian local elections is crucial to solving internal Palestinian problems through ballot boxes. 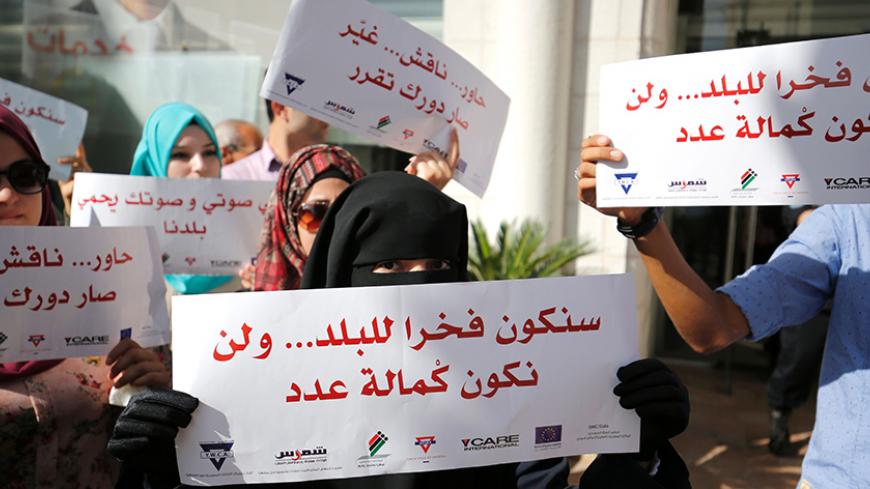 The discussions in Palestinian homes in the city of Beit Jala this week focused on the foresight of the town’s mayor, Nicola Khamis. During a very close municipal election in 2012, Khamis had accepted a rotation agreement in which he would serve as mayor in the last two years of the scheduled four-year term. The argument espoused by Khamis’ supporters was that he knew that the erratic Palestinian situation might mean that the term of an elected official might stay longer than the scheduled four-year-term — and therefore, whoever chose the last two years is likely to stay in power a lot longer than that.

The idea of a prolonged term as mayor comes from recent history. In April 1976, the first time serious municipal elections took place, a host of pro-PLO Palestinian nationalists had a decisive win, filling most mayoral and council seats. In 1986, Israel, the occupying power, ultimately deposed or deported about half the mayors for anti-government agitation, and Israel was unwilling to have municipal elections take place again. Government appointees routinely replaced vacancies.

In Bethlehem, the city’s longest serving mayor in recent history, the late Elias Freij, stayed in power for 25 years. The first elections organized by the Palestinian government and under the auspices of the Central Elections Commission took place in 2005.

The term of the elected Palestinian municipalities was restricted to four years. As agreed to by Khamis and Nael Salmon in the 2012 elections, Salmon was mayor for the first two years. The rotation was then duly executed on Christmas Day 2014 when Khamis became mayor. The rotation agreement was approved and supervised by Minister of Municipal Affairs Hussein al-Araj.

But on Sept. 8, one month before the scheduled date for the 2016 elections, the Palestinian High Court of Justice decided to suspend the polls because of irregularities and the interference of the unrecognized courts in the Gaza Strip. The court later suggested that elections take place in the West Bank only within six months. The Palestinian government decided Oct. 4 that elections would be postponed for four months to allow for an agreement to hold the elections in both the West Bank and Gaza.

Elections were originally set for Oct. 8, and Khamis, along with five council members, had resigned, as per election law, because they wanted to run for re-election. William Shaer, Khamis’ deputy, became acting mayor until the elections. Having resigned as mayor and with elections postponed, Khamis headed for Latin America to visit some of the large Palestinian diaspora community there — many of whom are originally from his town.

Susan Qaabar, the head of the public relations department at the Beit Jala municipality, told Al-Monitor that Khamis might still return to become mayor until elections are set. “Minister of Municipal Affairs Araj will decide in the next few days whether the acting mayors will continue in their job or whether the elected mayors who had resigned will be allowed to return to their positions."

In nearby Bethlehem, the situation was slightly different. Vera Baboun, the former university professor who had been handpicked by the Fatah leadership to run for the city’s top job in 2012, has not resigned and still occupies her job as mayor of the historic birthplace of Jesus.

Baboun told Al-Monitor that she is not planning to run for office again and that she respects the decisions of the Palestinian courts and government and will remain in office until new elections take place.

Postponing the elections is also having a number of other consequences. Ziad Abu Zayyad, a former Palestinian Cabinet minister and a respected Fatah leader in the Jerusalem area, wrote in Al-Quds daily that the pause in the electoral process might have some positive results.

In his weekly Sunday Al-Quds column published Sept. 11, Abu Zayyad said that some 180 locations listed the nominations for one list only and, therefore, those lists were expected to win by acclamation. Abu Zayyad said that Fatah, in its desire to win as many local councils as possible, pressured many respected individuals not to run for office so as to guarantee a large number of Fatah wins in uncontested elections.

Palestinians had pinned a lot of hope on the municipal elections, precisely because they were to be held in Gaza as well as in the West Bank and because all parties, including Hamas and Fatah, had agreed to participate. Many were expecting the elections to pave the way toward serious national unity and the chance for presidential and parliamentary elections. While the decision of the Palestinian High Court has partially dampened these hopes, the aspirations of Palestinians to make their voices known as to who will be responsible for their municipal affairs must be recognized. It is crucial to resolve the problems that caused the postponement so the Palestinians can solve their internal problems through the ballot box.