How independent are Palestinian courts?

The decision of the Palestinian High Court of Justice to postpone the local elections raised a debate among Palestinians, with some accusing the judiciary branch of being manipulated by the executive one. 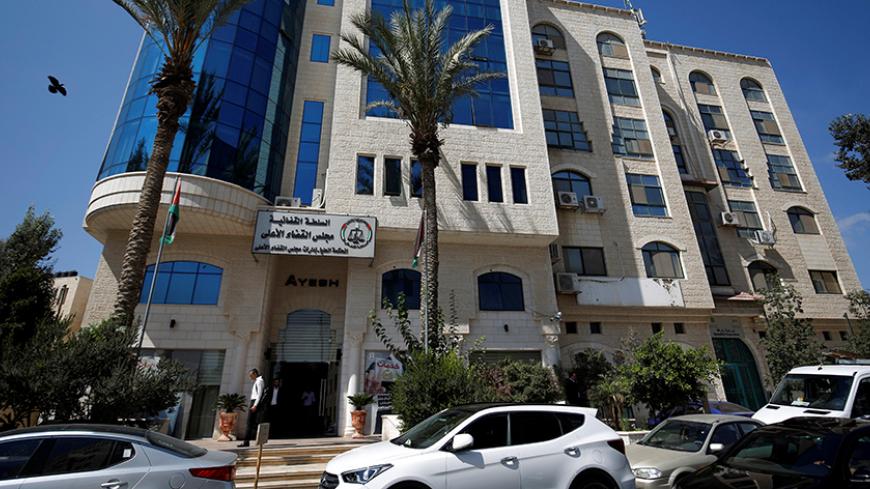 The headquarters of the High Court in Ramallah, West Bank, Sept. 8, 2016. - REUTERS/Mohamad Torokman

When the Palestinian High Court of Justice decided Sept. 7 to suspend the Oct. 8 municipal elections, it caught many people off guard. The Palestinian legislature has been paralyzed since 2007 because of the split between the Gaza Strip and the West Bank, and few expected any independent action of the Palestinian judiciary. Many asked the simple question: Was this a truly independent decision of the court or was it acting on behalf of the executive branch?

Both Fatah and Hamas blamed each other for the court's decision.

Majed Arouri, the executive director of the Civil Commission for Judicial Independence, insists that the court acted independently, but confirmed in an interview with Al-Monitor that the courts’ independence is in jeopardy and that it is fighting off serious pressures. “The Palestinian judiciary is under threat by politicians who are trying to control it in order to have their actions legitimized,” Arouri said, adding that this threat is increased with the continued absence of general elections in Palestine.

“These leaders want to control the courts to extract their legitimacy by means of the judicial branch of government,” he said.

Ziad Abu Zayyad, a former Palestinian minister and veteran lawyer, echoed similar thoughts in his weekly column in the daily Al-Quds on Sept. 11, insisting that the court acted independently and that it has a long record of independent decisions. “In recent years, the high court has produced many decisions that were not pleasing to the Palestinian leadership — among them rescinding a decision against opponents of the leadership and the order to the executive branch to release journalists and others,” he said.

Palestinians who doubt the legal justification were generally divided as to why the court made its decision. Hamas argued that the court was postponed to help protect Mahmoud Abbas and his Fatah movement from a sure loss at the polls.

For their part, pro-Fatah commentators said that the courts were upset with Hamas and the movement's disqualification of Palestinian candidates in Gaza, and that is why the courts acted to put a stop to the Hamas-appointed judges trying to meddle with the municipal elections.

Noteworthy is that the delayed elections were municipal and not general elections, which means that they had more to do with local services than overarching political issues. However, because this was the first time since 2007 that both Hamas and Fatah were dealing with their differences at the polls, many were hoping that solving conflicts using the ballot box was a much more civilized mechanism. Since 2007, municipal elections took place in the West Bank in 2012, but not in the Gaza Strip, where no elections have taken place since pro-Hamas candidates won the 2007 parliamentary elections.

Still, a genuine reconciliation appears to be behind rumors that a breakthrough in the form of a national unity government was in the works. A report published Sept. 18 on the Madar news website stated that the proposed national unity government would be headed by Fatah Central Committee member Mohammed Ishtayeh, and that his deputy from Gaza would be Ahmed Yousef, the former adviser to Ismail Haniyeh and a relatively moderate Islamist who can be easily accepted by Israel and the West.

In addition, the report claims that part of the reconciliation would be to change the electoral system so that it favors individuals rather than parties or lists. The report says the secretly arranged agreement involving Fatah and Hamas senior leaders on the unity government and the new electoral system will suggest that elections be held in two installments, one in the West Bank to be followed within six months by elections in Gaza.

A senior Palestinian government source told Al-Monitor on condition of anonymity that serious and high-level discussions are ongoing between the Palestinian leadership and Hamas, and that the unity government stated in the report is one such possibility for a reconciliation breakthrough.

There is no doubt that the Palestinian high court has shaken up the stalled political process. At a time that both the executive and legislative branches have been unable to cause any serious changes, the judiciary has shown that it can make a serious contribution to the current Palestinian debate. The independence of the judicial branch doesn’t mean that it is blind to the overall political landscape; its intervention in the municipal elections is aimed at raising a red flag about the dangers of holding elections without a minimum of internal agreement. It is unclear how the Palestinian executive branch will respond to the court's wishes, but the court has shown enough independence to speak out forcefully for the need of an improved political atmosphere prior to elections that appear to aim at avoiding national unity rather than supporting it. In this case, the court has proved relatively independent.