The Palestinian High Court of Justice has suspended the local elections slated for Oct. 8, citing concern that Jerusalem was left out of the electoral process and that Fatah lists were being disqualified by Hamas-run courts in the Gaza Strip. 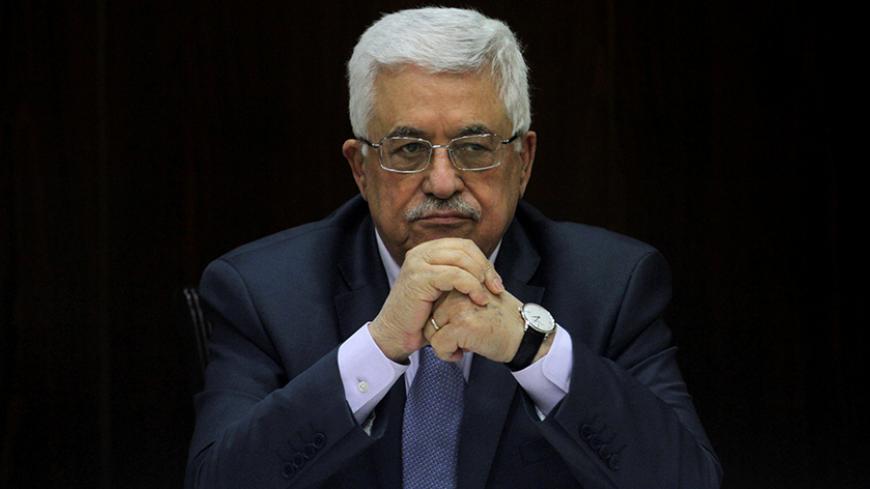 A month out from the local elections scheduled for Oct. 8, the Palestinian High Court of Justice in Ramallah suspended the contest over the impossibility of holding the vote in East Jerusalem in addition to other procedural problems, including that courts in Gaza have been considering Hamas' complaints against the Fatah lists.

The local Palestinian elections were suspended after the Palestinian Central Election Committee received 163 objections to many of the electoral lists in the West Bank and Gaza. The committee rejected 158 of the appeals and took action on seven, banning those candidates from participation. The objections were mainly presented by Hamas to disqualify Fatah’s lists in the West Bank city of Tulkarm and four cities in the Gaza Strip — Beit Hanoun, Um al-Nasser, Zahra and Nuseirat.

Fatah made no attempt to hide its pleasure with the suspension. Amal Hamad, a member of Fatah’s Central Committee, told the press Sept. 9 that postponing the elections was a victory for Jerusalem and constitutional legitimacy. She accused Hamas of stifling democratic progress, as its courts in Gaza are not seen as legitimate amid the political division.

Faisal Abu Shahla, a member of Fatah’s Revolutionary Council, told Al-Monitor, “Suspending the elections was to the detriment of Fatah, which was seeking to compete in the electoral process, as our electoral lists have higher chances of winning. However, Hamas continued to try to disqualify our lists in the Gaza courts, indicating that the judiciary in Gaza is biased toward Hamas. Fatah has contacted Hamas to suggest both sides drop their appeals, but the latter insisted upon them. Hamas could have participated in the elections without any obstacles, but it had been objecting to our candidates for flimsy reasons, which prompted the court to issue its ruling without any pressure on our part.”

Perhaps Hamas' seeking to sabotage the electoral process has been a long time coming. Hamas has been trying to disqualify Fatah’s lists to undermine its chances of achieving gains in the Gaza Strip, which might have pushed it to pressure Palestinian President Mahmoud Abbas to postpone or cancel the elections, a call he repeatedly rejected, most recently on Aug. 14.

Hamas spokesman Sami Abu Zuhri said Sept. 8 that the court’s decision was politically motivated and intended to rescue Fatah, which sensed it was going to lose and thus turned to the high court. He added that the court’s ruling was a result of Fatah’s fear of losing the elections after the collapse of its electoral lists in a number of areas.

Yehya Moussa, a Hamas leader and the head of the Palestinian Legislative Council's Committee on Human Rights and Public Monitoring, told Al-Monitor, “Hamas and the Palestinian factions had been expecting the Palestinian Authority to cancel the elections, even at the height of the preparations.”

He said, “Most Palestinians are convinced that Abbas was expecting these elections to work to his advantage and when he saw the ongoing objections and that his chances might be undermined, he resorted to the high court to issue a ruling, which is a political one par excellence, albeit issued by judicial order.”

Moussa added, “The time has come for all Palestinian forces, including Hamas, to speak up to stop Abbas’ political monopoly as he has the upper hand in approving the holding of the elections. But instead he incited the judiciary to cancel them without any consideration for any legislative, legal or constitutional institution. In light of the fact that the world and Fatah have yet to recognize the results of the 2006 legislative elections, we expected the same scenario to play out had Hamas won the elections that were scheduled to take place in October.”

In further evidence for Moussa’s position, the Kuwaiti Al-Jarida newspaper reported Sept. 7 that some international human rights organizations warned the PA that they would stop support for all local bodies managed by winning candidates with ties to or support from Hamas. The report explained that a number of heads of international organizations that support the PA officially informed Local Government Minister Hussein Araj of this threat during recent private talks.

Abdul Sattar Qassem, a political science professor at An-Najah University in Nablus, told Al-Monitor, “Canceling the elections for not including Jerusalem does not make any sense as the 2005 presidential elections, the 2006 legislative elections and the 2012 local elections did not include Jerusalem. Playing the Jerusalem card today further confirms the double standards of the PA and that the court’s decision was politically motivated.”

Qassem added, “The decision to postpone the vote comes amid political tension and internal division among the supporters of Fatah and the PA that would have undermined their chances of victory in the local elections. Electoral blocs that are not loyal to the PA and supported by Hamas had higher chances of winning, which prompted the PA to postpone.”

There may not be a single reason behind the postponement of the local elections. Various motivations include the appeals against Fatah lists in some areas, especially in Gaza, which would have increased Hamas’ chances of winning the elections. Also, Fatah, which is plagued by internal division, may not have been encouraged to participate in the elections in light of Egyptian, Jordanian and Israeli pressure on Abbas to suspend them for fear of Hamas' winning.

A former Palestinian minister well informed on the preparations of the local elections told Al-Monitor on condition of anonymity, “Many Arab countries, namely Egypt and Jordan, have been pressuring Abbas to postpone the local elections and maybe to cancel them, if necessary. This is because their security reports confirm Hamas’ high chances of achieving an overwhelming victory. Cairo and Amman share a long border with the Gaza Strip and the West Bank and they do not want Hamas to have any political presence near them, should it win the elections.”

The elections would have been the first democratic exercise for Palestinians in more than a decade, since late 2004 and early 2005 in both the Gaza Strip and the West Bank. The suspension of the elections does not bode well for the situation in the Palestinian territories, where more negative events are likely to unfold. Meanwhile, the status quo of division will remain, with even lower chances of a reconciliation between Fatah and Hamas. It appears that the Palestinians’ hopes for a breakthrough in their stalemate have disintegrated.

The political situation in the Palestinian territories remains uncertain after the announcement to delay the elections. Many scenarios are on the table now, including the possibility of holding the elections in Gaza and not in the West Bank, or vice versa. Hamas may also replace the current local councils in Gaza with the lists it had nominated.