Morocco announced the appointment of an ambassador to Tehran, ending a seven-year break in diplomatic ties. But concerns are emerging about the reaction of Saudi Arabia, an ally to the kingdom and enemy of Iran. 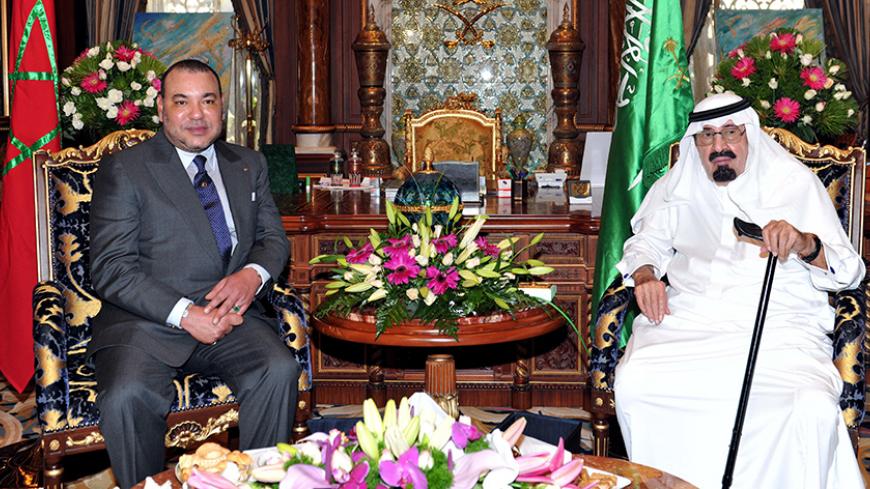 Morocco appointed a new ambassador to Iran for the first time on Oct. 14 following a seven-year halt in diplomatic representation in Tehran. The relations between the two countries had been interrupted in 2009 upon a unilateral Moroccan decision that followed Iran’s use of “inappropriate terms” (which were not specified) — according to the Moroccan Foreign Ministry — after the kingdom showed solidarity with Bahrain when an Iranian official described Bahrain as an Iranian province.

A statement by the Moroccan Foreign Ministry said at the time that Morocco asked for Iranian clarification regarding the statements about Bahrain. Morocco — just like many countries such as Saudi Arabia and other Gulf countries — had expressed solidarity with the Kingdom of Bahrain and rejected any act aimed at encroaching upon the sovereignty of Bahrain. The Moroccan Foreign Ministry also accused in its statement then the Iranian diplomats in Morocco of seeking to change “the kingdom’s core religious components,” clearly accusing Iran of spreading Shiism.

The appointment of Hassan Hami as Moroccan ambassador to Iran is a formal declaration of the resumption of direct diplomatic action, after Iran had appointed Mohammad Taqi Moayed as its ambassador to Rabat in late 2014, in the wake of an understanding between the two countries on a gradual resumption of relations and an end to the rivalry. The understanding was reached after Iranian Foreign Minister Mohammad Javad Zarif contacted his Moroccan counterpart, Salaheddine Mezouar, in February of the same year and expressed regret for what happened. Zarif expressed the Islamic Republic of Iran’s appreciation of King Mohammed VI and respect for the Moroccan fundamentals.

Iranians have reportedly been more adamant than the Moroccans on putting an end to the rivalry and starting reconciliation. This can be explained by Iranian President Hassan Rouhani’s foreign policy, which has been characterized by a more flexible rhetoric and a larger ability to negotiate in comparison with the previous hard-line rhetoric of President Mahmoud Ahmadinejad.

Despite attempts during Ahmadinejad’s era (2005-2013) to revive relations with Morocco, these attempts have remained very modest when compared with the steps taken by Rouhani’s administration.

Marcus Michaelsen, a German researcher who lived in Iran for many years and specializes in Iranian politics, is convinced that reconciliation with Morocco is part of the approach adopted by the Zarif-led Rouhani team despite the fact that the conservative wing, led by the Islamic Revolutionary Guard Corps, retains considerable power.

“Contrary to Ahmadinejad's hard-line approach, Rouhani and his team believe in constructive dialogue, in cooperation and in commitment to strengthen Iran’s political position in the region and at the international level. The current president’s administration — namely the Ministry of Foreign Affairs — is now in the hands of realistic and veteran politicians according to whom international isolation, sanctions, economic problems and the current regional struggles are major challenges that threaten Iran’s stability and security,” Michaelsen told Al-Monitor.

By normalizing relations with Iran, the Moroccan diplomacy faces the complex task of striking a balance with its traditional ally Saudi Arabia and its Iranian foe.

Majid Rafizadeh, an Iranian researcher at Harvard University, said that by establishing strong relations with a Sunni state, Iran is trying to place pressure on Saudi Arabia. “The supreme leader [of Iran] — who considers himself the imam of all Muslims — believes that weaving good relations with all Islamic countries is a top priority. This is useful for them [Iranians] in order to create a balance of power in the region to face Saudi Arabia,” he told Al-Monitor.

However, many observers do not expect the Saudi-Iranian tension to affect Moroccan-Iranian relations. Iranians are weaving relations with Morocco in a way that does not affect the Moroccan-Saudi links, and this Iranian understanding of the sensitivity of the relationship between the Moroccans and the Gulf has been repeatedly translated — most notably through Morocco's participation in the military campaign led by Saudi Arabia in Yemen since March 2015 against the Ansar Allah group, Iran's ally in Yemen.

According to strategic expert Faisal Jalloul, the Iranians do not consider the Moroccans directly responsible for this war. He told Al-Monitor that the Iranians are aware of Morocco’s sensitive relationship with Saudi Arabia, saying, “We know that Rabat is greatly affected by Saudi Arabia in this aspect, but I do not expect this to be the case for long. I expect the relations to become more solid through the Iranian integration in the Moroccan environment. Therefore, it is understandable for Rabat to tend to normalize its relations with the Iranians until the future of Iranian-Saudi relations is crystallized. However, I do not think that Morocco dreads the wrath of the Gulf as it is acting based on calculations related to its [Morocco’s] points of strength and weakness, to [its] interests, and to the balance of regional and international powers. I believe that the Moroccan diplomats have significant experience in this field.”

Morocco’s resumption of relations with Tehran puts an end to two years of Moroccan hesitation. Such hesitation resulted from fear that its Gulf allies would not understand such a step, especially Saudi Arabia, which Morocco feared would not like any rapprochement between its allies and the Iranians. This prompted Morocco to quickly send a reassuring message to its Gulf friends stressing that the decision to officially restore relations “did not” and “will not” be at the expense of Morocco’s relationship with any Arab country or partner, or at the expense of its regional and international positions.

As far as Shiism in Morocco is concerned, Noureddine al-Dougheir — a researcher who specializes in Iranian affairs — feels that the concerns expressed by Morocco in relation to the Iranian attempts to change the religious sectarian nature are groundless, and that this is mere propaganda promoted by lobbies hostile to Iran.

He told Al-Monitor, “Iran is an Islamic republic, not a Shiite republic. I think that those who say ​​Iran is trying to spread Shiism are trying to portray Iran’s political ambitions as ideological in order to spark fears."

He added, “The doctrinal breach is the beginning of a security breach, but this cannot apply in Morocco, where there is no Shiite community or minority and where there is no fertile environment for the spread of Shiism. Also, there is no institutional framework to embrace Shiites in Morocco. All these factors make the Shiite presence an exception that no party — not even Iran — can bet on, given its helplessness in this regard.”

Although Morocco is affiliated with the Sunni Gulf axis led by Saudi Arabia, Rabat is seeking to find a balance in its relationship with Iran and Saudi Arabia. The Moroccan monarch visited Russia in March 2016 and China in 2014, in an apparent attempt to diversify Morocco’s allies by strengthening its relations with Iran’s allies, Russia and China. This can be an indication that when considering its relationship with Iran, Rabat would most likely go beyond the struggle for power in the Middle East between the two forces.