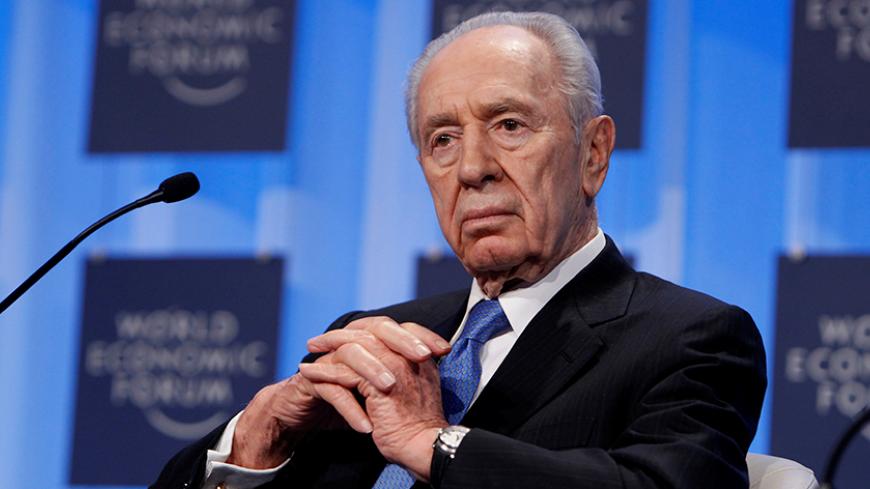 The decision by Knesset members of the Joint List of predominantly Arab parties to boycott the funeral of former President Shimon Peres on Sept. 30 continues to stir deep emotions among Israel’s Arab citizens. Many see it as the latest in a string of moves by party members that is deepening the rupture between them and the country’s Jewish society.

In an unprecedented step, several heads of local Arab councils and municipalities decided to publicly oppose the Joint List’s legislators and say that their decision does not represent the views of Israel’s entire Arab population. During the seven-day Jewish mourning period, Mazen Ghnaim, the mayor of Sakhnin who also serves as the head of the local Arab councils, went to the Peres Center for Peace along with some 20 other colleagues from northern and southern Israel. They said they had come to express their condolences to the Peres family in the name of the Arab society they represent.

Despite conducting themselves cautiously and refraining from harsh criticism of the Knesset members, and especially its head Ayman Odeh, their statements essentially challenged the leadership of the alliance of Arab parties that forms the Joint List.

One of the Arab leaders who participated in the condolence visit told Al-Monitor on condition of anonymity that the Joint List's “scandalous” decision, as he called it, had not only been received with disappointment and anger by many of Israel’s Arab citizens, it also portrayed them in an embarrassing light after Palestinian President Mahmoud Abbas displayed great courage by attending the funeral. “They adopted a holier than thou attitude and caused a deep rift between themselves and the public that elected them,” he said.

“We saw fit to personally extend our condolences to the Peres family,” Ghnaim told Al-Monitor. “The majority on the Arab street blessed us for our visit.” The heads of the Arab councils, he said, felt they had to comfort the Peres family and the entire Israeli public over the passing of Peres, a believer in peace and equality. They did not apprise the Joint List Knesset members of their decision.

Ghnaim stressed that he was not interested in attacking the lawmakers over their decision, but thinks Odeh owes a genuine and clear explanation to the Arab public whose views on this issue are opposite his.

An online poll conducted Oct. 3 by the Arabic-language Panet website of the Arabic Panorama media group found that 60% of the Arab public in Israel does not support the boycott of the funeral by their legislators.

Following the harsh criticism directed at him, Odeh tried to explain in a statement why he had decided not to attend the funeral. “The funeral ceremony was not a private event. It was an event of national mourning and building of a collective memory, a memory that refuses to contain within it the history and pain of the Arab minority and instead takes pride in the injustice done to us,” he wrote. Odeh said that he was a great believer in building a partnership between all Israel’s citizens, but that partnership can only be based on recognition, mutual respect and equality.

Odeh did not explain why he did not see a fitting partner for dialogue in Peres, one of the architects of the Oslo Accord whose name was synonymous with peace for the many world leaders who came to pay him their last respects. And if not him, who among the current Israeli leadership fits the criteria laid out by Odeh for promoting coexistence?

Other members of the Joint List cited Peres’ past in the defense arena as preventing them from paying their final respects. But none of them could explain the Palestinian president remembering and appreciating Peres for his role in the 1993 Oslo agreement and his activities since.

Arab Israelis are not only critical of the funeral boycott. Their anger spills over into other issues that came up as a result. Many questions are now being asked, such as who the dominant forces are within the Joint List alliance and who dictates its direction. Is it the representatives of the communist Hadash Party or perhaps the lawmakers of the smaller Balad Party, considered the most militant among the various forces that make up the Joint List? After all, the man who started the whole campaign delegitimizing Peres’ road to peace was Knesset member Basel Ghattas, who claimed in a post he wrote while Peres was fighting for his life that the former president had been cruel and directly responsible for war crimes.

Asked by Al-Monitor at the time, Odeh refused to react to Ghattas’ comment, which also angered many among the Arab public. Now it would seem that Ghattas charted the course that all the lawmakers on his list followed.

Arab Knesset member Zuhair Bahloul of the Zionist Camp told Al-Monitor this week that the boycott raises many questions, as Hadash was a party of Arabs and Jews and its founders supported the establishment of the Zionist state. He conceded that while attendance of the Peres funeral was not a core issue of Jewish-Arab coexistence, “It’s a critical indicator for the entire Israeli public. After all, who are you really trying to get back at? You’re not squabbling with [Prime Minister] Benjamin Netanyahu and the right-wing leadership over some position or other, but declaring war on the whole Israeli public."

"What happened here,” Bahloul summed up, “is another rift, and even a deep one, with all Israelis, a rift that has an impact on the Arab population. And that’s too bad.”