A prominent Iranian military figure who served as minister of the Islamic Revolutionary Guard Corps during the Iran-Iraq War has broken the long tradition of silence surrounding Iran's arms imports during its war with Iraq. 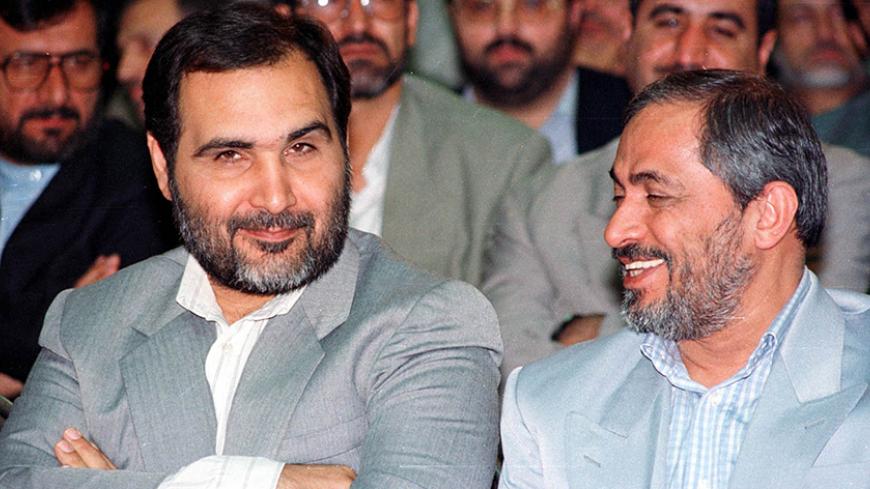 Mohsen Rafiqdoost (R) attends the inauguration ceremony for the new chairman of the Foundation for the Disinherited and War Disabled in Tehran, July 28, 1999. - REUTER/JDP

TEHRAN, Iran — Prominent Iranian Brig. Gen. Mohsen Rafiqdoost went into unprecedented detail in a Sept. 26 interview about his time as minister of the Islamic Revolutionary Guard Corps (IRGC). During the 1980-88 Iran-Iraq War, the IRGC had its own ministry within the administration that took care of its logistical affairs. Meanwhile, the Ministry of Defense was responsible for the logistics of the army.

In an interview with the Reformist Shargh Daily, Rafiqdoost said, “Although at the beginning of the revolution and during the early days of the war, the East and the West were coordinated [against Iran], we still built the defense capabilities of the IRGC with ‘Eastern weapons.’ My first time buying weapons, I bought 2,000 Kalashnikovs and 500 RPG-7s. Later, I would get weapons from Syria and Libya and eventually I connected with North Korea.”

Rafiqdoost spoke about the deep collaboration between Iran and the Eastern Bloc countries during the Iran-Iraq War, explaining, “After North Korea, I also connected with Poland, Hungary, Yugoslavia and the Eastern bloc, in that order. … Of course, we would buy ammunition for Western-manufactured cannons from Switzerland. … We needed surface-to-air missiles, which were more tactical, and therefore we went and negotiated and brought them to Tehran. In exchange, we gave them a Hague system. That is all. The goods we received from Libya, for free, were worth more than $800 million.”

Rafiqdoost finally spoke about the IRGC’s connections with Beijing and Moscow. “At a certain point we connected ourselves to Communist China, and when that happened, we were connected to the source. We halted our relations with other [weapons] suppliers almost completely. China sold weapons to us directly and did it in high volume. Gradually, it started selling us strategic weapons such as coast-to-sea missiles and other types of strategic missiles as well. Gradually, and because of our connection to China, the Russians started to sell us weapons too.”

Rafiqdoost’s comments break the tradition of the past three decades, when Iranian commanders claimed that Iran did not receive military backing from any country during its war with Iraq. Emphasizing their commitment to the Islamic Revolution, these commanders had always reiterated the revolutionary slogan of “Neither West nor East.”

The reality is that after the Cold War, the relationship between the IRGC and the Eastern bloc, which had began near the end of the Iran-Iraq War, had grown so much that almost all weapons used by the IRGC today are either produced by countries such as Russia, China, Ukraine, North Korea and Belarus, or are the result of reverse engineering those products or produced under license from one of these countries.

After the end of the Cold War, the IRGC bought hundreds of tanks and armored personnel carriers from Russia. It also purchased Sukhoi Su-25 Frogfoot ground support aircraft and other items such as speed boats, cruise and ballistic missiles — from China and North Korea — increasingly steering its defense organization toward that of Eastern countries.

However, while the weapons system of the IRGC is based on the Eastern model, the IRGC has adopted the US model pursued by the General Staff of the Armed Forces since before the revolution as far as defense strategy and deployment are concerned. Here, it is important to bear in mind the criticism leveled at the army during the Iran-Iraq War, when IRGC commanders constantly accused it of being incapable of holding territory seized from Iraqi forces. But what is the real story behind this criticism?

The Iraqi deployment during the Iran-Iraq War was completely Eastern: The front line had limited combat capabilities while the main military power was behind. In Iran, on the other hand, the deployment was Western: The massive volume of human resources and equipment at the IRGC’s disposal was deployed on the front lines. Therefore, the IRGC could successfully break Iraq’s relatively weak defense lines and then hand over the conquered territories to the army. Due to the counterattacks initiated by Saddam’s powerful army, Iran's — which suffered from a shortage of motivated and organized forces as well as inadequate supplies of equipment and spare parts — would quickly lose ground. As a result, the perception was that the IRGC was better at fighting the war than the army. The reality, however, was different.

Rafiqdoost’s comments are important as they clarify the reasons the army was ineffective compared to the IRGC during the war.

After the revolution, the modernization of Iran's army was halted by the obstruction of foreign governments and Western arms suppliers. As a result, suspicion of Western powers continues to dominate the policies of the General Staff of the Armed Forces, while it is an unwritten rule that the Ministry of Defense will not pursue imports of Western-manufactured weapons.

The unilateral suspension of deliveries of Western-manufactured weapons to Iran’s army has left the regular navy, ground forces and the air force with worn-out, inefficient and old weapons and facilities. The IRGC, however, has had the option of buying weapons from the Eastern bloc countries and thus has continuously upgraded its defense systems with the latest missile systems, armor, personnel equipment, marine capabilities and signal systems. Therefore, although the combat organization of the IRGC is much smaller compared to that of the army, the combat power of the IRGC has in practice advanced much further.

Lastly, it should be noted that although the UN Security Council arms embargo imposed on Iran will be lifted in eight years, according to the Joint Comprehensive Plan of Action, Iran will for legal and political reasons continue to expand its military relations with the Eastern bloc. Naturally, the bulk of these military purchases will go to the IRGC. Considering the growing needs of the IRGC and the fact that the budget allocated to it is much greater than the funds allocated to the army, in the future the IRGC will be able to purchase the newest Russian, Chinese and North Korean equipment. This resource will push the defense policies of the IRGC more toward alignment with Eastern interests in the region, as military trade relations are a strong motivation for deepening security and diplomatic relations between the buyer and the seller. 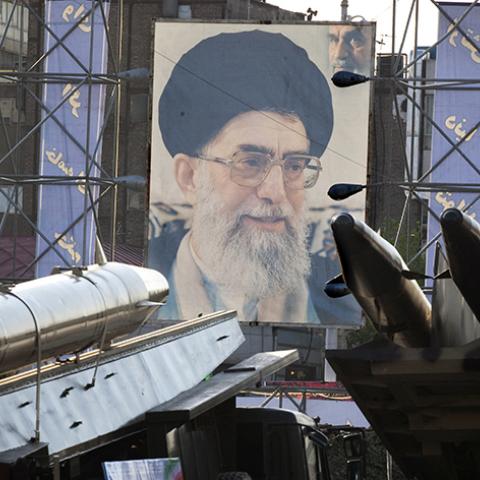