With the government’s sixth Five-Year Development Plan mired in controversy and yet to be approved after nine months, some Iranian economists now say these plans are a thing of the past. 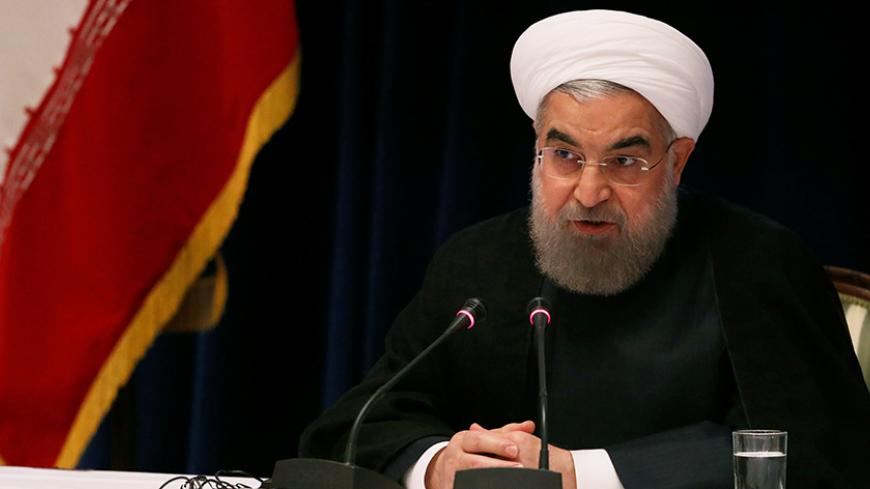 TEHRAN, Iran — Two weeks after Iranian President Hassan Rouhani ordered government bodies to prepare their annual budget plans for the fiscal year starting March 21, 2017, senior member of parliament Gholam Reza Kateb urged the Cabinet to submit the national budget bill before the Dec. 5 deadline so that lawmakers will have enough time to review it, the Young Journalists Club reported Oct. 9.

Kateb, a member of the parliament’s presiding board, also urged the Rouhani administration to consider the generalities of the sixth Five-Year Development Plan while preparing the budget bill. His comments came as parliament itself has now been sitting on the development plan, which was proposed by the Management and Planning Organization, for about nine months. Indeed, lawmakers only approved the plan's generalities as late as Oct. 2 — eight days after Rouhani ordered government bodies to prepare their budgets for the coming fiscal year.

Since 1989, Iran has produced and pursued five development plans in a bid to help reconstruct the country after the eight-year war with Iraq and achieve sustainable development. These efforts have been in line with the six development plans implemented prior to the 1979 Islamic Revolution. But the fact is that neither the pre- nor post-revolution development plans have fully achieved the goals they have laid out. As such, many Iranian economists now believe that the era for such plans has ended and that governments instead need long-term strategic approaches toward growth and development.

“It is no longer the time of long-term comprehensive plans, which have concrete quantitative targets,” leading economic newspaper Donya-e Eqtesad quoted Mousa Ghaninejad, a prominent economist in Tehran, as saying on Oct. 18. Ghaninejad believes that the current development plans, which he described as “useless,” need to be replaced by “strategic road maps” that can depict clear frameworks for long-term financial, monetary and trade policies.

In this vein, Pedram Soltani, the deputy head of the Tehran Chamber of Commerce, also said there is a problem with the manner of planning in Iran, arguing that development plans have usually been the subject of radical change under various governments. “So far, administrations have used the development plans as an opportunity to make quick decisions without them needing to bargain with lawmakers. The parliament, on the other hand, has also seen the plans as an opportunity to keep administration officials committed to the laws they impose,” Soltani said, as reported by the ISCA news website. Instead of preparing development plans, he noted, administrations have to follow a set of back-to-back strategies, so that governments will remain on the same track and avoid contradictory decisions.

Lawmakers say they expect details of the sixth Five-Year Development Plan to finally be approved later this year. The fifth Five-Year Development Plan, which expired in March 2016, was extended for a year as lawmakers argued at the time that they need more time to review it. Parliamentarians say the sixth development plan gives priority to the implementation of a fair pay system in state-run bodies and the allocation of a bigger share of oil revenues to underdeveloped regions and oil-producing cities.

The current development bill is set to focus on four major policies, according to Mohammad Khodabakhshi, the spokesman of the parliamentary panel in charge of reviewing the plan. First, environmental concerns and water shortages need to be addressed. The second policy will be a call on administrations and municipalities to help develop suburban residential areas, restore historical monuments and expand certain areas of the southeastern Makran coast along the Persian Gulf and the Gulf of Oman. The third issue to be given priority is the development of industries, such as mining, information technology, energy, tourism, agriculture and transportation, which officials believe will drive the economy in the next five years. And the last main policy is set to encourage the government to improve the business environment so that unemployment and poverty can be addressed in a significant way. Among other main issues raised in the review process are matters related to productivity, cyberspace, educational reforms and academic development.

Critics insist that the sixth Five-Year Development Plan must detail all aspects of its proposed policies and be crystal clear. In an interview with the Iranian Students News Agency, Abdorreza Mesri, a member of the parliamentary review panel, wondered whether the Guardian Council will give parliament the go-ahead to prepare a detailed plan on its own. In this vein, he argued that there are perhaps too many ambiguities in the proposed plan that need to be addressed.

Another critic, Ehsan Khandouzi, the head of the parliamentary research center’s economic office, criticized the plan in a September interview, saying that it lacks a clear vision. “For instance,” he said, “it doesn’t offer a clear policy on the national currency’s trend, nor does it [offer a clear policy] on the pricing policies of raw material suppliers in the energy sector.”

Despite the ongoing dispute over whether the sixth Five-Year Development Plan should include detailed economic policies, Rouhani has already signaled that he prefers strategies rather than quantitative targets. In his budget directive, the president urged the imposition of a budget-deficit cap, unification of foreign exchange rates, expansion of debt markets and avoidance of borrowing from the Central Bank as a solution to finance government development projects. These are all signs that there will be strategic reasoning behind the budgeting process, Ghaninejad noted. He added, “The time is now ripe for the government to propose a binding legal document that can replace the vain and costly five-year development plans.”