Iran's incoming parliament is set to debate the government's ambitious five-year development plan, but will the plan be enough to address the country's economic needs? 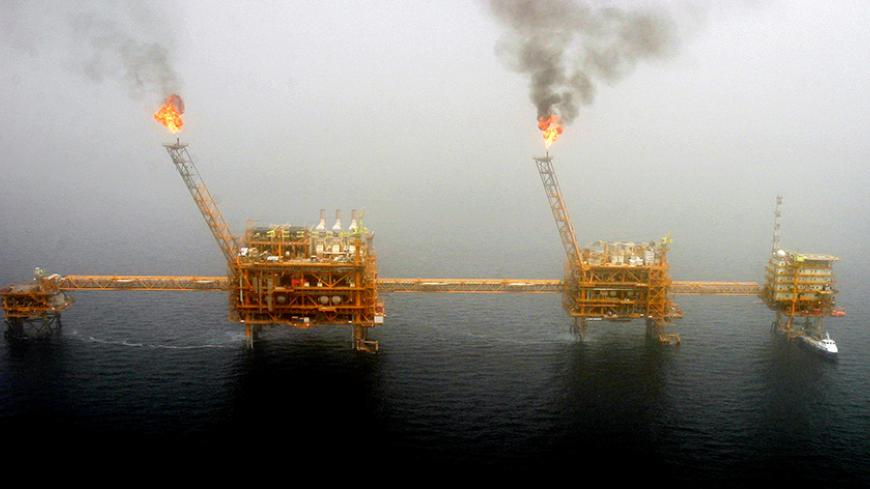 Gas flares from an oil production platform at the Soroush oil fields in the Persian Gulf, south of the capital, Tehran, July 25, 2005. - REUTERS/Raheb Homavandi

In an interview on Iranian television earlier this week, newly re-elected Speaker Ali Larijani stated that "the economy would be a top priority for the new parliament" and that the finalization of the sixth Five-Year Development Plan would be treated with urgency.

The plan, which covers the period from March 20, 2016, to March 20, 2021, is still waiting for final parliamentary approval, as the outgoing assembly did not have enough time to debate the bill presented by the government last year. As such, the new parliament will have to discuss the detailed bill and finalize it as law. Considering the fact that there is greater affinity with the administration of President Hassan Rouhani in the new parliament, it is relatively safe to expect few changes to the text of the bill. The question is whether the plan includes those economic, structural and legal reforms that will be needed to generate an economic momentum in Iran.

As in previous planning cycles, the initial strategic goals of the plan were formulated by the Expediency Council and then issued as a decree by Supreme Leader Ayatollah Ali Khamenei. The original decree foresaw a number of objectives that have been addressed in a nuanced way in the final bill presented to parliament. Below, I will discuss some of the main features of the plan, especially contrasting the original objectives with its final text:

The plan offers a number of other goals and objectives, such as reaching a Gini coefficient of 0.34 by March 2021; achieving a single digit inflation rate of 8.9% and an unemployment rate of 7%; improving Iran's ranking in the ease of doing business index to 70 from its current place of 118; reducing the budget dependency on oil export revenues to 22% from the current 31.5%; increasing the share of tax revenues in the GDP to 11.5% from the current ratio of 6.5%; and realizing a ratio of government revenues to expenditures of 105.6% from the current figure of 68.4%.

Another interesting stated objective is that the plan obliges the government to transfer 25% of its operational and service activities to "professional networks, the private sector and Community-Based Organizations (CSOs)" within the five-year period. This is an important reference to the government's desire to empower CSOs and allow them to take over activities that had been conducted by government agencies before. One of the upsides of this approach is its potential impact on reducing the level of petty corruption in agencies that offer government services.

The plan is also explicit about some of the key economic and industrial objectives over the next five years, such as the expansion and modernization of the rail sector; promotion of value-added activities in industry and mining; greater export orientation and the prioritization of strategic industrial sectors, including oil, gas, petrochemicals, transportation, construction, information technology and agriculture; and increasing the penetration rate of high-end technologies in these sectors.

All in all, the plan promises to provide another good basis for needed reforms in Iran, but as history has shown, the problem in Iran is not a lack of proper laws and regulations, but an unwillingness or inability to implement them. Therefore, it would be more appropriate for the Rouhani administration to improve the country's bureaucratic structure and capabilities and to prepare the ground for the implementation of existing and emerging laws.

It remains to be seen how the new parliament will debate the provisions of the plan and which of its elements will actually be implemented.