The Central Bank of Iran appears powerless to compel thousands of "unlicensed" credit and finance institutions to comply with interest rate caps, leaving much to be desired about its monetary policies. 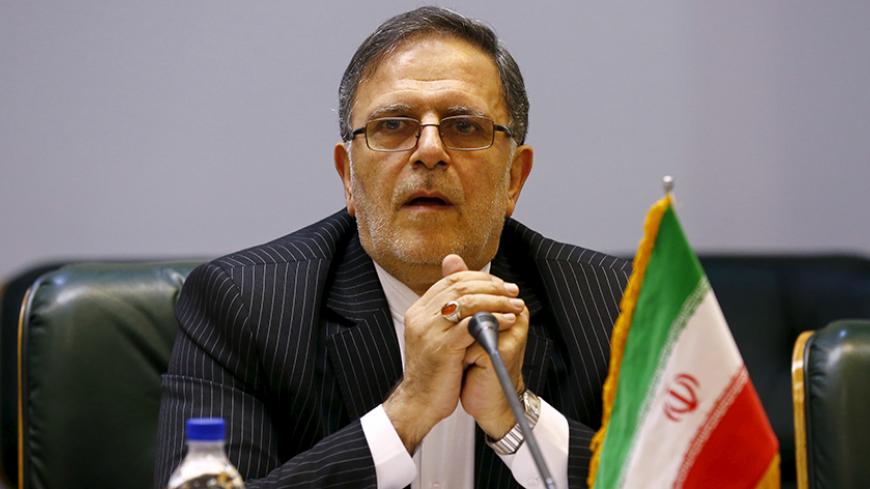 TEHRAN, Iran — On Sept. 28, the Central Bank of Iran (CBI) announced a plan that would urge commercial banks as well as credit and finance institutions to keep deposits under a specific level or face disciplinary measures. This is the second step taken by the monetary regulator in less than a year to ensure that financial resources are not blocked so that they can be used in the manufacturing sector and other business activities, which desperately need cash flow to survive.

In September 2015, banks and credit institutions held 83% of the money supply in short- and long-term savings accounts, Entekhab reported in February, citing CBI data. Since then, the regulator has come up with two parallel measures to help release these trapped financial resources. It first introduced a rating system — which is expected to categorize banks and credit institutions into low-risk, medium-risk and high-risk tiers — and now a new plan to determine a ceiling for deposits. Both plans are to be implemented by November.

The two measures, coupled with the policy of cutting the deposit interest rate ceiling from more than 22% in past years to 15% at present, are considered efforts to stop the ongoing transfer of financial resources from markets to banks and credit institutions, a majority of which have not even been authorized to operate by the CBI. Indeed, the thousands of credit institutions received their licenses from ministries and other influential bodies under former President Mahmoud Ahmadinejad. At present, the number of "unlicensed" credit and finance institutions exceeds 7,000, according to Tehran-based economist​ Farshad Momeni.

Many of these unauthorized institutions have repeatedly violated the interest rate cap. Yet the regulator has failed to take any disciplinary measures amid fears that millions of depositors may panic over whether they will lose their money. Thus, the CBI has cautiously applied a discouragement policy, aiming to push customers to withdraw their money from such institutions. This policy has not borne fruit due to the attractiveness of the interest rates offered by these bodies.

In his latest soft confrontation, Farshad Heidari, the CBI's deputy for supervisory affairs, said Oct. 1 that each financial institution can attract only as much resources as the CBI determines. He argued that banks with higher reserve requirements can absorb more resources in the form of fixed savings accounts and other forms of savings. “Any bank that does not comply with the interest rate cap approved by the Money and Credit Council will be disciplined through any means available to the regulator, including the reserve requirement tool. So it would be beneficial to the banks to avoid attracting resources by offering higher deposit rates than the approved cap,” he warned. Heidari also expressed hope that the new regulatory measures, which will be communicated to financial institutions later in November, could improve healthy competition in the monetary market.

Yet it remains unclear how feasible the CBI's latest plan really is. One issue is how the regulator plans to supervise millions of electronic transactions as large sums of money are transferred into savings accounts at credit and finance institutions daily. Leading economic newspaper Donya-e Eqtesad suggested Oct. 2 that the regulator should either sign an agreement with the offending institution giving it a timeline to correct its wrongdoings, or set a deposit rate cap for such bodies. Otherwise, it is unlikely that they would comply with the deposit limit to be announced.

In fact, the CBI itself has confessed that it is facing a dilemma when it comes to disciplining the unlicensed institutions. According to Farhad Khaalati, the director of the office for supervising non-bank institutions at the Central Bank, the credit and finance institutions do not hold reserve requirements with the CBI. “Therefore, once the CBI and the banking network decide to lower interest rates, savings will continue to migrate to these institutions,” which freely offer higher interest rates to depositors, he said. Khaalati, however, insists that his colleagues will be able to rein in the illegal institutions after the implementation of a four-phase scheme that seeks to identify the illegal lenders, determine the status of companies that have applied for licenses, halt the activities of illegal firms and subsequently dismantle and prosecute them.

Policymakers are very much concerned about the liquidity currently in the hands of such institutions. The liquidity deposited in these unlicensed bodies in February 2015 accounted for 15%-20% of the total money supply at the time, according to CBI Governor Valiollah Seif. This money could easily be channeled to speculative activity in currency, gold and real estate markets, leading to economic instability — just like what happened in the final years of Ahmadinejad’s term.

Moreover, given that the regulator has had little control over such entities, they could easily be involved in money laundering. Given Iran’s desire to get off the Financial Action Task Force blacklist, the monetary policymaker appears to have escalated pressure on unlicensed financial entities in order to comply with the task force's guidelines. Yet many observers in Tehran believe that there are simply too many of these institutions to be controlled anytime soon, as the CBI has listed only five institutions as “authorized” on its website — implying that the rest are all illegal.