It’s a long shot and certainly not altruistic, but the effort by Russia and the United States to develop a viable plan for Syria might just work in everyone’s favor. 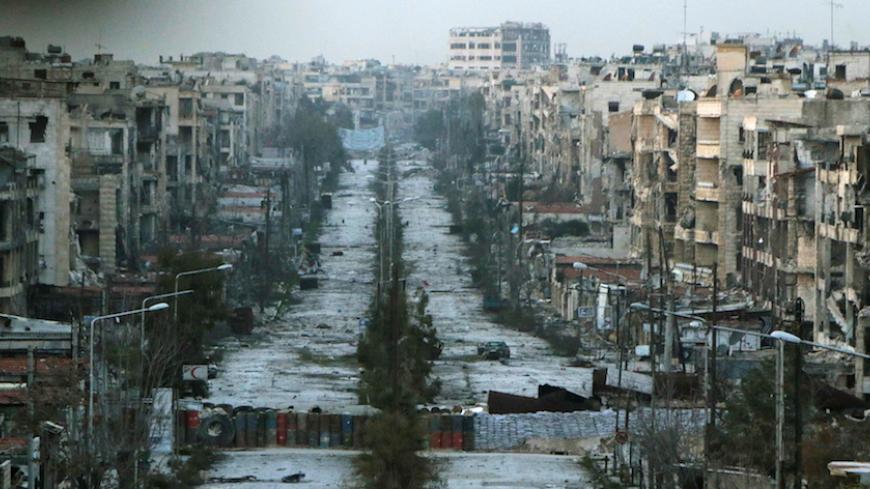 A Syrian cease-fire brokered over the weekend by the United States and Russia went into effect Sept. 12, though it remains to be seen whether it holds.

Pessimism over the agreement’s prospects for success followed soon after it was announced Sept. 10 in Geneva by US Secretary of State John Kerry and Russian Foreign Minister Sergey Lavrov. That pessimism is not entirely groundless. Indeed, Russians and Americans see what constitutes the key part of the agreement differently.

For the American party, the key is Russia’s willingness to restrain the forces of Syrian President Bashar al-Assad from conducting air operations over areas held by opposition forces and Jabhat Fatah al-Sham (formerly the al-Qaeda affiliate Jabhat al-Nusra). The Russians, however, pin their hopes on the US ability to ensure the opposition groups Washington has been supporting refrain from violence and separate themselves from Jabhat Fatah al-Sham. Therefore, each party expects that potential violations will by and large come from their opponent’s side.

However, some in Russia think sabotage might come not only from opposition forces and radicals but also from some groups inside the Syrian government. Anton Mardasov, the head of the Department of Middle Eastern Conflicts of the Moscow-based Institute for Innovative Development and one of Russia’s closest observers regarding the Syria crisis, explained the situation to Al-Monitor.

He said, “Proponents of the Syrian regime are divided into those aligning with Iran and those inclined to support the Russians. Similar divisions exist within Syrian security and intelligence forces: While the General Intelligence Directorate and Political Security Directorate are currently cooperating with Moscow, the Syrian Military Intelligence and Air Intelligence Forces [align with] with Tehran.”

Geographically, what makes the agreement difficult to implement is that in recent months Syria has become even more fragmented security-wise and in terms of “zones of control.” Enforcing jurisdiction of the agreement across all of the territories in this case is unrealistic and would require different tools in various provinces.

A big part of the agreement will not be made public; this became one of the main controversies of the deal, raising suspicions that it eventually will be imposed on Syria. Seeking to justify the need for such secrecy, Lavrov said, “We can’t make these documents public, for they contain quite serious and sensitive information. We wouldn’t want them to fall into the hands of those who will most likely seek to derail the measures we agreed upon.”

Washington and Moscow also barely concealed that in its ultimate form, the agreement has been received with skepticism and even opposition by some decision-makers on each side.

Reacting to news about the Pentagon feeling reluctant to cooperate with the Kremlin on the battlefield, a source in the Russian Press Corps noted that both sides “came to agreement on their own interests but packaged it as a compromise, [even] a consensus.”

Yet, even if that is true, it signals an important message that both Russia and the United States are committed to exercise their political will to ensure implementation of the agreement and exert influence over the respective parties. In that sense, it’s not a question of whether Moscow and Washington fully understand the set of challenges ahead — people involved in the talks are experienced and professional enough to forecast potential pitfalls at least as well as outside observers. The issue is whether Moscow and Washington accurately calculate how much actual influence they have over their proxies; past experience has shown that getting them under full control simply isn’t always possible.

Another set of challenges may come from outside sponsors – Iran, Turkey and Gulf monarchies. A perception that the agreement fortifies the regional standings of Russia and the United States might easily trigger their temptation to manipulate respective Sunni-Shiite proxy groups inside Syria to weaken the position of the “big powers.” The agreement also seems to leave a chunk of Iranian and Saudi interests unsatisfied. Therefore, even if they support the agreement publicly, well-reasoned domestic skepticism about the deal in Tehran and Riyadh is understandable and should not be underestimated. At the same time, few believe the two can jointly put forward something constructive while continuing the war of attrition.

Neither should it be much of a surprise that Moscow is taking advantage of the agreement to strike some points about sanctions, and to flag as irrelevant Washington’s opinion of Russian isolation — it has become an attribute of contemporary Russian foreign policy and will be there for a long time. Preserving the focus on these matters, however — which certainly is an additional pressure for the Obama administration — will give the agreement zero chance to promote peace. Instead, the agreement should come as a litmus test for all responsible forces to show just how serious and responsible they actually are to place peace and security in Syria over their immediate political interests, which lack any true strategic depth.

For all the caveats, the significance of the agreement goes far beyond Syria and may spell something promising for a general framework of US-Russian relations in the region. Some of the experts with Kremlin insights believe that regardless of the profound crisis in US-Russian relations, Presidents Vladimir Putin and Barack Obama ended up being the main interlocutors in the Syria crisis.

Fyodor Lukyanov, Russia’s foremost foreign policy analyst, argues in a Sept. 7 column for Russia in Global Affairs, “Russia and the United States can no longer manage international processes the way they did during the Cold War. Yet they still come to the forefront as only strong-hand ultimate decision-makers in key crises: The EU has lost the attributes of a political entity — both as an institution and at the level of its individual members — while China, India and Iran, despite obvious growth in their ambitions, aren’t yet ready to play a big political-military game independently.” He thus insists that “relations between Putin and Obama are an example of rather effective risk-minimizing in a situation when the relationship has an antagonistic character and interests are diverging on core aspects, while the vision of the world is diametrically different.”

Lavrov stated that despite “a deep lack of confidence and trust between Russia and the American partners,” the reached agreement is just the “beginning of our new relations.” That might be a stretch. Yet, if the parties end up establishing what they call a “Joint Implementation Center” to coordinate bilateral intelligence and start launching joint airstrikes against agreed-upon terrorist groups in Syria, it might indeed breathe new life into cooperation on Syria. It won’t go far and will in no way be strategic — at the very best, tactical. Nonetheless, it might just be enough of a start to help shore up US-Russian relations enough to prevent further erosion of the region, which has entered a prolonged period of systemic instability.