The United States and Russia brokered a cease-fire, now in effect in Syria, which they hope will lead to an ease in the suffering of Syrians and spark "negotiated peace" discussions. 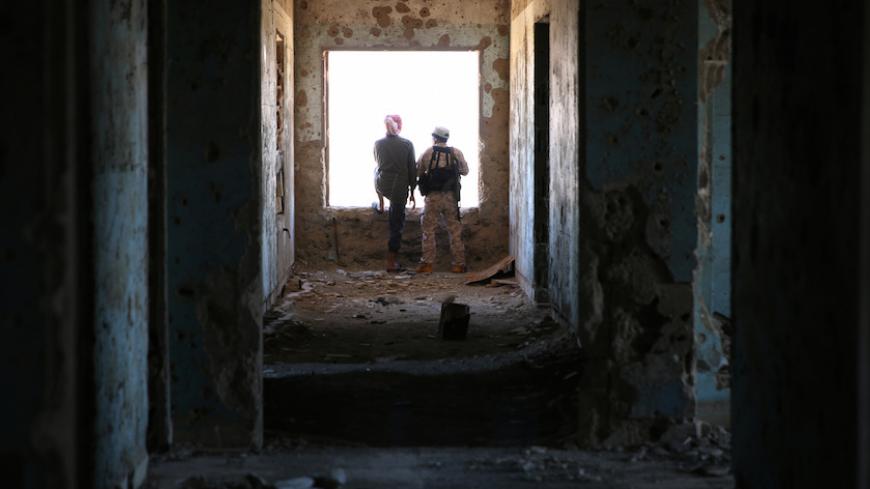 WASHINGTON — A shaky pause in major fighting went into force in Syria at sundown Sept. 12, three days after the United States and Russia announced they had reached a deal to try to establish a nationwide cease-fire, expand access to humanitarian aid and make way for Syrian combatants to return to the negotiating table.

US Secretary of State John Kerry urged all the parties to the cessation of hostilities — including a skeptical Syrian opposition — to support the truce deal that would eventually see the United States and Russia coordinating on the targeting of al-Qaeda’s Syria affiliate, Jabhat Fatah al-Sham (formerly known as Jabhat al-Nusra). Kerry warned its failure could lead to an escalation of the conflict, which would make keeping Syria a unitary nation difficult after five brutal years of civil war that have killed an estimated half a million people.

“I believe this is the only realistic solution to this conflict,” Kerry told journalists at the State Department on Sept. 12. “I urge all parties to support it. It may be the last chance one has to save a united Syria.”

Under the plan, announced by Kerry and Russian Foreign Minister Sergey Lavrov after daylong talks in Geneva on Sept. 9, a seven-day period of calm or at least reduced violence starting Sept. 12 would then lead to the establishment of a US-Russian Joint Implementation Center (JIC), which would share intelligence and coordinate the targeting of Jabhat Fatah al-Sham as well as the so-called Islamic State (IS).

Once the JIC is set up, the Syrian air force would no longer be permitted to carry out airstrikes in areas of Syria where the moderate opposition or Jabhat Fatah al-Sham is present, though it could continue strikes against IS.

But in a sign of the complexity of the deal and the relative secrecy with which it has been negotiated, there was confusion about what restrictions exactly would be enforced on the Syrian air force. Kerry, speaking at the top of the State Department press briefing Sept. 12, suggested the Syrian air force could seek permission from the JIC to strike targets in Jabhat Fatah al-Sham-dominant, predesignated areas.

But State Department spokesman John Kirby subsequently issued a statement indicating that was not correct.

"We have seen reports based on the Secretary’s comments — and those of the spokesperson — this afternoon, that the United States and Russia could approve of strikes by the Syrian regime. This is incorrect,” Kirby said in a statement Sept. 12.

“To clarify: The arrangement announced last week makes no provision whatsoever for the United States and Russia to approve strikes by the Syrian regime, and this is not something we could ever envision doing,” Kirby said. “A primary purpose of this agreement, from our perspective, is to prevent the Syrian regime air force from flying or striking in any areas in which the opposition or Nusra [Jabhat Fatah al-Sham] are present. The purpose of the JIC, if and when it is established, would be to coordinate military action between the United States and Russia, not for any other party."

The Syrian opposition and armed groups issued statements offering lukewarm, conditional support for a truce, if not for the broader US-Russian plan, until receiving further information on it. One complaint they have is that they have not seen the US-Russian deal text, which Kerry and Lavrov said Sept. 9 would not be released for operational security reasons.

“My feeling is that the concept of a cessation of hostilities is good,” Bassam Barabandi, a former Syrian diplomat now with the Syrian opposition High Negotiating Committee, told Al-Monitor on Sept. 12. “Delivery of food is very good. The concept of Assad stopping barrel bombing would be great. At the same time, nobody saw the deal. We don’t know how to endorse something that we did not see.”

The US administration has offered briefings on the deal to High Negotiations Committee chief Riyad Hijab, Barabandi said, but Hijab has been attending the hajj, the religious pilgrimage in Saudi Arabia, so has not been able to be reached. But it has not provided the text of the deal.

Syria’s armed opposition groups “agree in principle to a [cessation of hostilities], but they are not willing to fully sign onto the whole deal until they receive the clarifications and guarantees they’ve requested in a new letter to [US Syria Envoy] Michael Ratney,” Charles Lister, a Syria expert at the Middle East Institute, said.

Syria’s armed opposition groups are “hedging their bets for now,” Lister said. “They will semi-abide by it, until they’re provided with an excuse not to. … They reserve the right to self-defense. They will protect aid deliveries around Aleppo, so long as the regime does the same.”