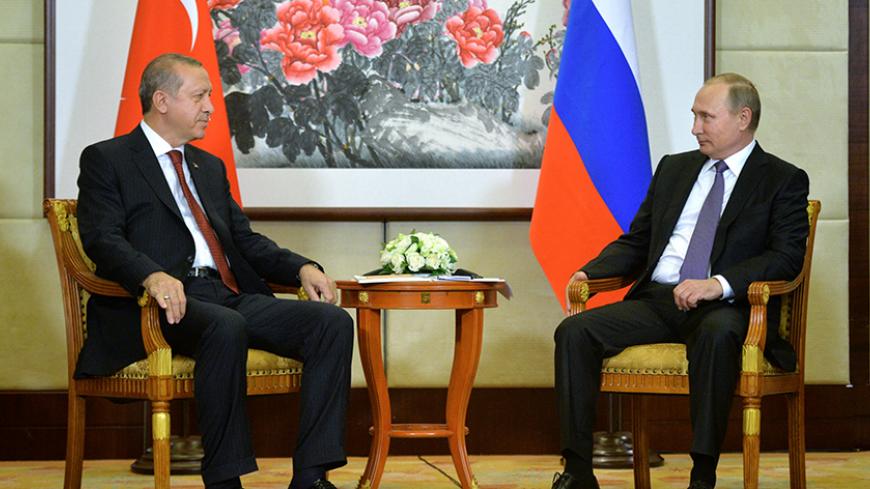 The collapse of the Justice and Development Party government’s foreign policy ambitions of neo-Ottomanism, Islamic world leadership, regional leadership, and so forth have cost Turkey enormously in many fields. The escalating terror in the country and Turkey’s growing global isolation caused problems for all sectors of the economy.

While there have been huge losses in tourism and exports, Turkish contractors abroad who used to earn $20 billion-$30 billion in foreign currency annually are now in a serious slump.

Engineering News Record, which is an influential publication of the global contracting sector, publishes an annual list of the world’s largest 250 contractor firms. For many years, Turkish contractors have been No. 2 behind the leader, China. The publication’s recently published 2015 list says China leads the field with 65 companies and Turkey is second with 40.

Although their overall standing in the world listing has not changed, the data released by the Turkish Contractors Union (TMB) and the Ministry of Economy signal a serious drop in tenders won. According to an assessment released by the TMB in August, the sector has suffered heavily from political tensions, increasing terror incidents, the plane crisis with Russia, an almost total rupture of relations with Syria, Iraq, Egypt and Libya, and of course, from the ramifications of the July 15 attempted coup. In 2015, Turkish contractors abroad had a revenue of $22.4 billion, which crashed to $2.8 billion in the first half of 2016.

Although the renewed access to the Russian market is a positive development, even if new contracts are signed, the total revenue for the year will be around $6 billion-$7 billion.

According to the data provided by the Ministry of Economy on contractual services abroad in 2016, there will be a decline of $16 billion as compared with 2015, which means regressing to the $6.4 billion level of 2003.

Revenue from contractual services rendered abroad exceeded $10 billion for the first time in 2005; after 2006, it did not go below $20 billion annually and passed $30 billion in 2013. The current regression is one of the worst losses for companies in that sector and in the Turkish economy as a whole.

Turkish contractors abroad not only earned $20 billion-$30 billion in foreign currency, but also provided employment to tens of thousands of Turkish engineers and workers. Moreover, they contributed significantly to Turkey’s exports with their purchases of cement, paint, glass, ceramic and hundreds of other construction supplies for their projects. In 2015, in addition to $22.4 billion revenue from contracting services, another $18 billion was earned from construction supplies exported from Turkey.

But with misguided foreign policies Turkey has been losing lucrative markets abroad. In 2011, when the Libyan uprising began, there were 200 Turkish companies and more than 25,000 Turkish workers in that country. Thanks to foreign policies of then-Prime Minister Erdogan and Foreign Minister Ahmet Davutoglu, Turkish companies and workers were expelled from Libya. Their worksites, machineries and supplies were all looted or set afire.

TMB board Chairman Mithat Yenigun said $19 billion worth of projects by Turkish companies in Libya are at a standstill, and their only hope is for the new Libyan government to impose its rule over the entire country, improve ties with Turkey and reopen the Libyan market to Turkish contractors.

Yasar Ozkan, the board chairman of Yasar Ozkan Engineering & Contracting Company, which is one of the oldest and most-established Turkish contractor firms in Libya, said wrong foreign policies have cost the sector heavily. “For the past five years, we have not been able to collect even a single dollar of the money we are owed in Libya. We have lost many other foreign markets as well. It has been very tough to get new contracts and re-enter these markets,” he told Al-Monitor.

In Iraq, Turkish companies that were prominent in the market have been sidelined because of Ankara’s pro-Sunni policies and the problems they had with the Shiite-dominated Iraqi government. Former Iraqi Prime Minister Nouri al-Maliki banned Turkish companies from submitting bids in public tenders. Haider al-Abadi, the current prime minister, is also following the same line, and after the crisis over the Bashiqa base, restrictions imposed on Turkish companies and products have stiffened. Yenigun said, “Turkish contractors abroad had contracts of $325 billion from 1972 to 2016. Iraq was 7.3% of that, but we have lost that.”

According to the TMB, the best markets for Turkish contractors were Russia with 19.7%, Turkmenistan with 14.7%, Libya with 8.9%, Iraq with 7.2% and Kazakhstan with 6.4%. The number of projects won has dwindled to 45 from a previous peak of 600 annually. The new list of markets is led by the United Arab Emirates, followed by Bahrain, Morocco, Senegal and Nigeria. But the average project budget went down to $60 million from the earlier average of $100 million.

Yenigun said the sector is delighted with normalization of ties with Russia with about $2 billion worth of projects already won by Turkish contractors, but not yet signed by Russia.

Now the TMB and the Ministry of Economy are searching new markets for the sector, particularly in sub-Saharan Africa. This may explain Erdogan’s visits to Africa in which he was accompanied by businessmen, exporters and contractors.

Nevertheless, even if new markets are found in Africa and elsewhere, it appears unrealistic to expect the sector to regain its former status and come close to the $100 billion goal the government has set for Turkey's international construction services to earn in 2023, the 100th anniversary of the Turkish Republic.