The upper chamber overwhelmingly defeated a bill to block US arms sales to Saudi Arabia. 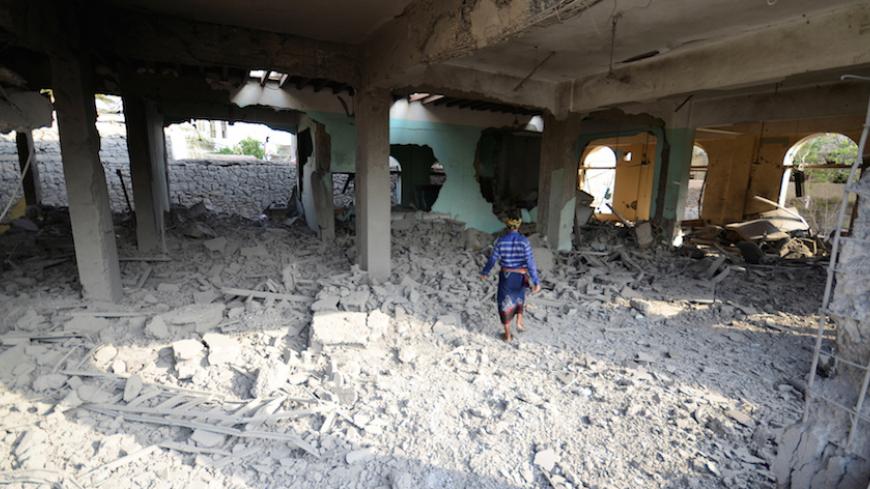 A man walks inside a building destroyed by a Saudi-led airstrike in the Red Sea port city of Houdieda, Yemen, Sept. 5, 2016. - REUTERS/Abduljabbar Zeyad

The Senate overwhelmingly agreed to proceed with arms sales to Saudi Arabia on Sept. 21, in effect casting the first vote on US participation after 18 months of war in Yemen.

The upper chamber voted 71-27 to shelve an effort from Sen. Rand Paul, R-Ky., that would have blocked a $1.15 billion proposed sale of tanks and other weapons. Opponents argued that Saudi Arabia needs all the help it can get in what they described as a proxy war against Iran in its backyard, but the bill's sponsors countered that it's Congress' responsibility to fully explore and debate what exactly the United States is getting involved in.

Bill co-sponsor Chris Murphy, D-Conn., echoed the sentiment. Both he and Paul are members of the Senate Foreign Relations Committee.

"This smells, this looks, this sounds like war," Murphy said. "We are providing the ammunition. We are providing the targeting assistance. The planes couldn't fly without US refueling capacity. American pilots may not be actually pulling the trigger to drop the bombs, but we're doing pretty much everything else that is necessary for this war to continue."

Opponents, led by the Republican majority leader, offered a fierce resistance. Blocking the sale, said Sen. Mitch McConnell, R-Ky., would convince Saudi Arabia and other nations in the region that "the United States does not live up to its commitments."

Sen. Lindsey Graham, R-S.C., called the effort "ass-backwards" when Saudi Arabia is fighting against militias that have received Iranian weapons and other assistance. He pointed out that most members voted against the Iranian nuclear deal, which unblocks billions of dollars in assets that Iran can use to pursue its military objectives.

And Senate Armed Services Committee Chairman John McCain, R-Ariz., insisted that the tanks wouldn't be used in Yemen but rather are for Saudi Arabia to protect itself from rocket launches and incursions by Houthi fighters across the Saudi border. He said the $1.15 billion deal includes the replacement of 20 tanks damaged by Houthi artillery while positioned inside Saudi Arabia. The proposed sale also includes upgrades to 133 Saudi-made tanks.

"Let's be clear about what the arms sale is all about: It's about giving a nation that's under attack by Iranian-sponsored militias the arms that it needs to defend its people and its territory," said McCain, who went on to call the Houthis the "stooges" and "clients" and "agents" of Iran. "Make no mistake: This aggression is fueled by the Iranians."

And Senate Foreign Relations Committee Chairman Bob Corker, R-Tenn., said the arms vote was the wrong vehicle to debate the war in Yemen. He also reminded senators that President Barack Obama himself personally promised Gulf state allies that he would expedite arms sales in exchange for their acquiescence to the nuclear deal with their regional nemesis, Iran.

"I don't look at this as a proxy for some other issue relative to the declaration of war. That to me is a stretch," Corker said. "This is about a direct relationship ... and basically us demonstrating that we as a nation cannot be counted upon."

Despite the bill's defeat, critics of the war found solace in the fact that Congress was finally forced to hold a very public debate on the US role in a war that has killed more than 10,000 people, many of them civilians. They also pointed out that the 27 senators who voted in favor of the measure represents an improvement over the 24 who voted to block arms sales to Pakistan in March, despite the considerable lobbying firepower of both Saudi Arabia and the US arms industry.

"For nearly a year and a half, the United States has fueled a conflict that has threatened the lives of millions in Yemen without any meaningful debate," Oxfam America President Ray Offenheiser said in a statement after the vote. "Today, for the first time since the war in Yemen began, 27 senators voiced the first cries of dissent against our government’s unconditional and unlimited support for the Saudi-led coalition."