Congress prepares for another showdown over Saudi arms sales

Senators of both parties are determined to keep US bombs out of Yemen. 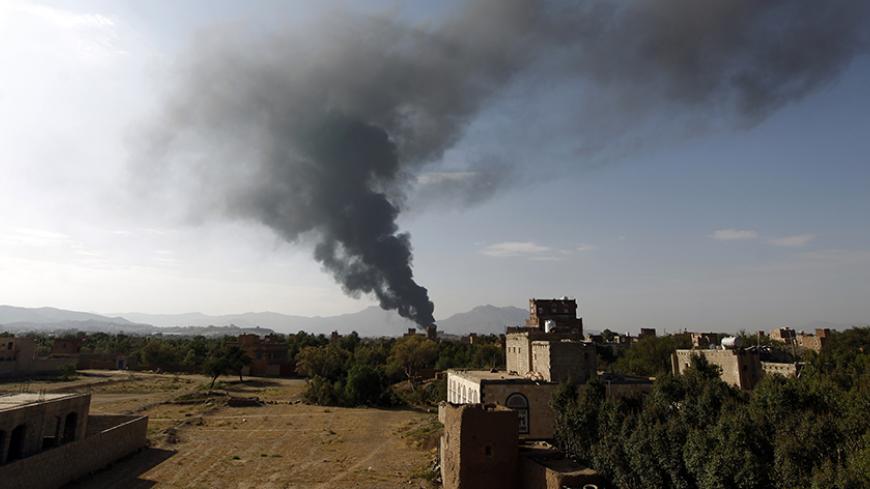 Congress is bracing for another showdown over arms sales to Saudi Arabia less than six months after lawmakers' last fight on the issue.

The Donald Trump administration is expected to formally notify lawmakers soon of its intention to resume the sale of precision-guided munitions that were put on hold by President Barack Obama. The notification would automatically trigger a 30-day review period during which Congress can try to block the sale.

“We'll have the same debate we had in the fall on it,” said Senate Foreign Relations Committee member Rand Paul, R-Ky. “We will oppose it.”

The Washington Post reported March 8 that the State Department has approved the sale, kicking it over to the White House for a final determination. Obama blocked the sale of 16,000 precision-guided munitions from Raytheon worth more than $350 million in December following a Saudi strike on a Yemeni funeral that killed more than 100 people.

Paul told Al-Monitor he expected to team up with fellow committee member Chris Murphy, D-Conn., on trying to block the sale, just as they did last fall with a $1 billion tank sale to Riyadh. That resolution trying to block the sale was defeated 71-27 after resolution opponents insisted that the tanks were in fact defensive weapons meant to keep southern Saudi Arabia safe from incursions by Iran-backed Houthi rebels.

“There were some members who voted against our resolution last time because [they said] it wasn't the right arms sale [to oppose],” Murphy told Al-Monitor. “Well, this is clearly the right arms sales. We heard testimony in the Foreign Relations Committee that nothing has gotten better with respect to Saudi targeting. I don't know why we would give them precision-guided munitions that allow them to target civilians more efficiently.”

Murphy was referring to a Senate Foreign Relations panel hearing on US policy in Yemen on March 9 during which the arms sale repeatedly came up. Earlier in the day, Amnesty International released a report accusing Saudi Arabia of using banned cluster munitions in raids on residential areas.

Gerald Feierstein, the US ambassador to Yemen from 2010 to 2013, argued in favor of resuming the arms sale. He said the United States should encourage the Saudis to adopt “a more careful, deliberative use of military force” aimed at pressing the Houthis to negotiate and support the Saudi-led coalition's effort to reclaim control of the Red Sea coastal city of Hodeidah, the principal port supplying northern Yemen.

“Perhaps the greatest, and most unanticipated, benefit of the conflict to Iran has been the strain it has placed on Saudi Arabia’s relationships with its key Western partners, principally the US and the UK,” Feierstein argued in written testimony to the committee. “Accusations of war crimes leveled against Saudi and Coalition armed forces and threats to end arms sales to the Saudis have the potential to inflict long-lasting damage to these relationships that go well beyond the scope of the Yemen conflict and could undermine the international community’s determination to confront Iran’s regional threats.”

Dafna Rand, a former deputy assistant secretary of state for democracy, human rights and labor under Obama, disagreed. She said the State Department had urged Congress in 2015 to approve the sale of precision-guided munitions to limit civilian casualties, but that subsequent Saudi strikes cast that assumption into question.

“What we've seen since is not an improvement in the targeting, and the issue itself is the target selection … and adherence to the no-strike list,” Rand said.

That prompted a challenge from committee Chairman Bob Corker, R-Tenn.

“I would disagree with that assessment,” he said. “But everybody has their own opinion.”

Sen. Ben Cardin, D-Md., the top Democrat on the Foreign Relations Committee, suggested after the hearing that he would approve the arms sales but would press the Trump administration to seek more assurances from the Saudis before they're delivered.

“I think that's not the question — I think the question is, what is the US policy in Yemen?” Cardin said. “And how are we working with the Saudis? Do we have the right controls?”