FIFA under pressure to sanction Israel for settlement games

A powerful report by Human Rights Watch on the eve of a FIFA meeting forces the global soccer association to act against Israeli settlement teams. 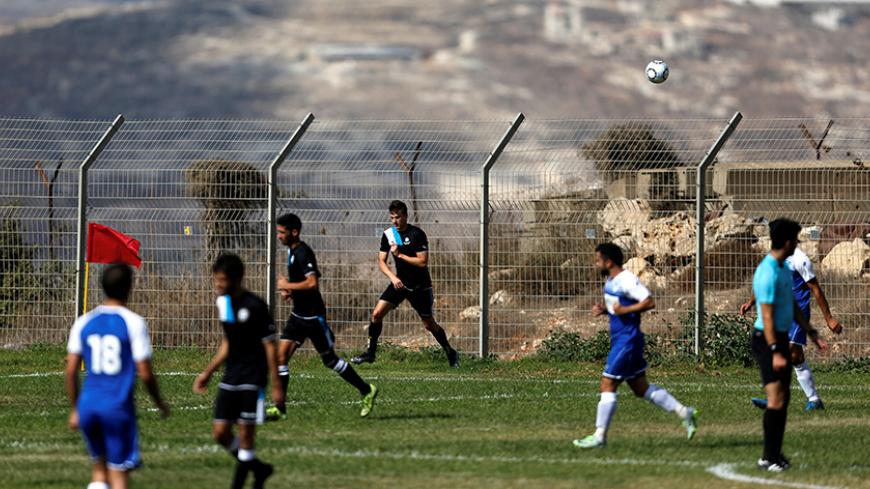 A well-researched study, which included aerial photos, by Human Rights Watch (HRW) called on Sept. 25 for six clubs of the Israeli Football Association (IFA) to stop playing its home games in soccer fields built on Palestinian lands. Pointing to an Oct. 11 FIFA meeting, HRW described the Israeli actions to be against international humanitarian law.

HRW called settlements “illegal” and said that they are built on “stolen” and “seized” Palestinian lands in the occupied West Bank.

Palestinian Football Association (PFA) chief Jibril Rajoub wasted little time to jump on the report, saying that FIFA has a responsibility to follow up on the case. Meeting on Sept. 27 with FIFA President Gianni Infantino in India, Rajoub was quoted by the official Palestinian news agency WAFA as saying that FIFA must take steps against IFA, which is clearly violating FIFA laws prohibiting the presence of two associations in the same recognized country.

Rajoub also called on the FIFA president to visit Palestine and see the situation firsthand.

Ribhi Dola, the mayor of the Palestinian city of Beitunia, west of Ramallah, spoke to Al-Monitor about the problems that his city is facing because of the nearby settlement of Givat Ze’ev. “The Israeli security wall was built in the middle of city lands for the benefit of Jewish settlers, cutting off landowners from their land,” he said.

The nearby Jewish settlement of Givat Ze’ev built a regular sized soccer field for a local club that is affiliated with IFA; the field is used by the settlement’s local club, which operates as part of the IFA. The IFA is part of the Union of European Football Associations (UEFA) and FIFA. Part of the FIFA and UEFA laws and regulations do not allow the recognition of member federations in the areas of another country. Article 10.1 of the FIFA statutes states, “Only one association shall be recognized in each country.”

The PFA, which operates in the Palestinian territories, vocally and officially protested in May the fact that six Israeli teams are playing in the West Bank, where FIFA is supposed to ensure that its member federations are not violating their own guidelines.

The HRW report further criticizes the fact that the IFA teams are playing in settlements in violation of FIFA’s commitments. “By allowing the IFA to hold matches inside settlements, FIFA is engaging in business activity that supports Israeli settlements, contrary to the human rights commitments it recently affirmed, namely the United Nations Guiding Principles on Business and Human Rights,” the HRW report added.

The mayor of Beitunia, a city of 40,000 people, told Al-Monitor that its inhabitants have no access to a single regular-sized soccer field. “The only field we have access to is a small field within a local school. I am the mayor of the city and I have little control over what is happening to our own land; the opportunities for our young people are being denied because of the Israeli settlement enterprise,” Dola said.

HRW said in its report that financial records show that FIFA and UEFA “have together transferred millions [Israeli] shekels annually to the IFA as part of a reciprocal financial relationship, in which FIFA and UEFA earn money from regional and international games in which Israeli teams play.”

Last year, Rajoub threatened to request that the 65th FIFA Congress remove Israel from the soccer body. However, a last-minute compromise during the congress in Zurich in May 2015, developed; it included the creation of a monitoring committee to be headed by South African soccer head Tokyo Sexwale.

A petition organized and signed by 150,000 people had demanded that Sexwale uphold FIFA’s own rules and provide fair recommendations to evict Israeli settlement teams from FIFA. “There should be zero tolerance for the six teams that flagrantly ignore international law and operate in occupied territory,” the petition said.

The attempts by Rajoub and Palestinian supporters to give a red card to the IFA in 2015 were considered as a political act. However, the latest report by HRW shifts the discussion to the legal and human rights field.

As HRW says, "To fulfill its human rights responsibilities, FIFA should require its affiliate, the Israel Football Association, which is conducting business in unlawful settlements that are off-limits to Palestinians, to move all FIFA-sanctioned games and activities inside Israel."

By exposing the fact that FIFA is financing clubs in six illegal settlements, HRW may force FIFA to abide by its own regulations and historic positions. FIFA, which has refused to recognize Northern Cyprus’ and Crimea’s soccer associations for similar reasons of duplicate and opposing federations, is now being challenged to be consistent with its own guidelines.