Neither criticism by UN Middle East envoy Nikolay Mladenov over settlement expansion nor a ruling by Israel's own Supreme Court against the construction of illegal outposts have ruffled Prime Minister Benjamin Netanyahu's insistence on portraying Israel as the victim of international persecution. 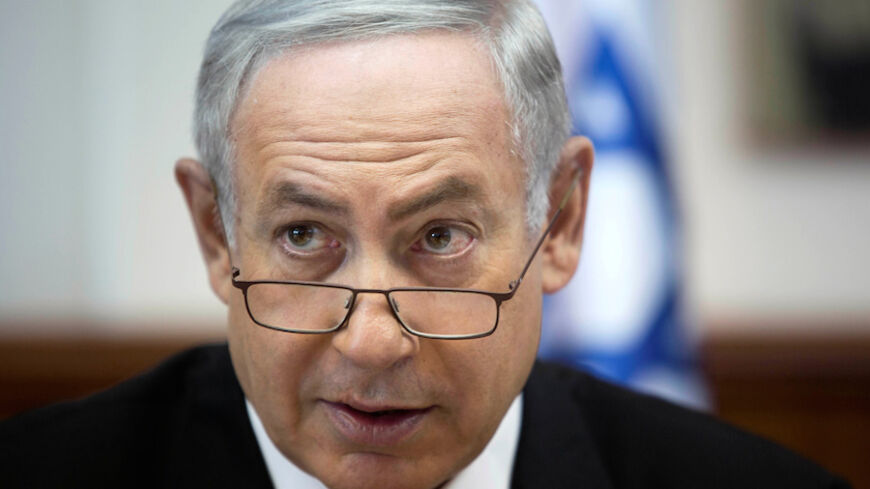 The United Nations Special Coordinator for the Middle East Peace Process, Nickolay Mladenov, took off his diplomatic gloves last week. The briefing he presented Aug. 29 to members of the UN Security Council was a biting moral and legal indictment of Israel.

Mladenov accused Prime Minister Benjamin Netanyahu's government of conducting a de facto one-state policy between the Mediterranean Sea and the Jordan River. He complained that Israel was making a mockery of the July 1 report issued by the Middle East Quartet on Israel's systematic demolition of Palestinian homes and illegal construction of West Bank settlements and outposts. Mladenov stressed that there was no difference between Jewish settlements erected on “state lands” with the Israeli government’s blessing and those built without permits on private Palestinian land. He equated a new construction plan in the Jewish settlement town of Kiryat Arba to an expansion of construction in Jewish neighborhoods of East Jerusalem.

Netanyahu’s reaction was no less harsh. He adopted the approach of his rival-partner, HaBayit HaYehudi leader Naftali Bennett. Netanyahu does not apologize and no longer makes any effort to wrap his hawkish policy in dove feathers. The harsher the criticism of Israel, the more aggressive is his response. His brief reaction was crammed with demagoguery, lies and self-victimization.

For example, he said Mladenov’s “absurd” claim that Jewish construction in Jerusalem is illegal was like saying that American construction in Washington or French building in Paris are illegal. Pure demagoguery. Did the Americans or the French unilaterally annex to their capitals thousands of acres and people in complete contravention of UN resolutions? Is a Jewish-American who resides in the eastern part of Washington not entitled to register property in western Washington in his name? Is France signatory to an international agreement that commits it to discuss sovereignty over disputed Parisian districts?

And what about the outposts and settlements flourishing in the heart of the West Bank? Are the towns of Kiryat Arba and Ariel also twin cities of Washington and Paris? Lest we forget: Netanyahu was a member of the restricted ministerial forum that decided in 2003 to adopt the US-initiated road map for Israeli-Palestinian peace that was subsequently accorded the status of a UN Security Council resolution. Resolution 1515 includes a commitment to an immediate and total halt of construction in the settlements and the dismantling of the outposts erected since 2001.

Netanyahu reiterated for the umpteenth time the false claim that the obstacle to peace is Palestinian refusal to recognize Israel as the state of the Jewish people and the Jews’ historic right to their land. Let us remember that the PLO recognized UN Resolution 181 of November 1947 on the establishment of the Jewish state alongside an Arab state. Both Egypt and Jordan signed peace agreements with Israel without being obliged to recognize the historic Jewish connection to the Land of Israel. Nor was this demand raised in the Israeli-Palestinian negotiations that resulted in the signing of the 1993 Oslo Accord.

The prime minister even craftily stole from the Palestinians the victimhood reserved for nations under foreign military occupation and subjected to discriminatory agrarian policy. According to Netanyahu, “The Palestinian demand that a future Palestinian state be ethnically cleansed of Jews is outrageous.” The Quartet’s July report actually points to the ethnic cleansing of Palestinians in the same territory where Netanyahu promised before the 2015 elections that a Palestinian state would never be established.

According to the Quartet’s data, 70% of Israeli-controlled Area C (which comprises some 60% of the West Bank) have been unilaterally taken over for Israeli use. The report notes that the remaining 30% is inaccessible to the Palestinians, who require permission from the Israeli military to develop those lands and build on them. Such permits are almost never granted. On the other hand, demolition orders are doled out generously. The report further states that in the first four months of this year, Israel destroyed some 500 Palestinian structures, forcing some 800 people, most of them impoverished Bedouin farmers, to leave their homes.

Netanyahu ridiculed Mladenov’s claim that all the settlements violate international law that no “legal acrobatics” could get around. On Sept. 1, as luck or the calendar of the Supreme Court would have it, the top legal court in Jerusalem ruled that Israel was violating the laws it itself had legislated. The court ordered the evacuation of 17 structures in the outpost of Netiv Ha'Avot in the Etzion settlement bloc that were built without a license on private Palestinian land. In the ruling on the petition lodged by Palestinian landowners and the Peace Now organization, the Supreme Court justices rebuked the political echelon. They reminded the government that it was not empowered to legitimize ongoing illegality.

But in 2016 Israel, the judicial branch — like the political left, human rights organizations and, of course, the UN — is not considered legitimate. Minister of Jerusalem Affairs Ze’ev Elkin wrote that the top court's judges had long ago lost the public’s trust. Education Minister Naftali Bennett claimed that the Supreme Court was being exploited by “radical left-wing entities … to impose the policy of the minority on the majority.” Netanyahu himself was silent. He is probably saving his ammunition of invectives for an informal UN Security Council Arria-Formula debate scheduled for next month on the situation in the Israeli-occupied territories. As far as he’s concerned, the dogs can bark as loud as they like. After all, they don’t dare bite.