As public and private universities in Iraq are graduating significantly more lawyers than in the past, many lawyers cannot find jobs and the quality of the legal sector has declined. 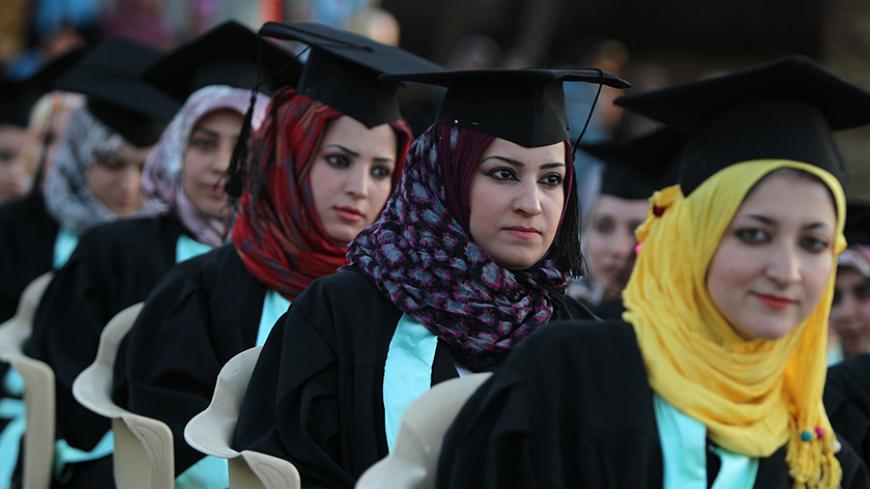 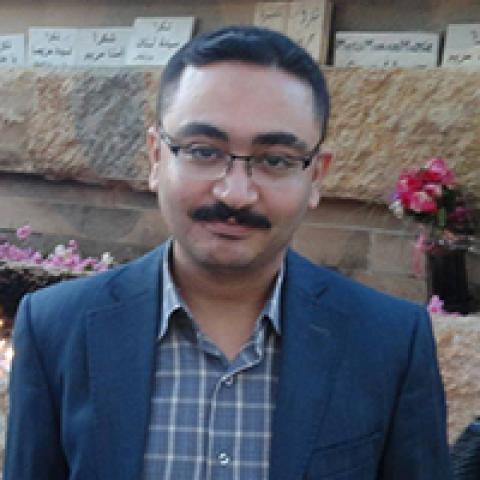 The number of students admitted to Iraqi law schools has soared in recent years, flooding the market with job-hungry graduates. The intense competition forces them to work for a fraction of customary charges — if they can find work at all.

According to the Student Guide for Central Admission in Iraqi Universities for the 2015-16 academic year, there are 19 public law programs. Meanwhile, the admissions guide for private universities shows 29 accredited faculties.

The legal profession has been of great importance in the modern history of Iraq, as lawyers have played many roles in politics, being the first to fill government jobs and lead political movements in the monarchy. They made up a well-regarded societal elite when their numbers were small.

But after the US-led coalition invaded Iraq in 2003, the government suffered from mismanagement and ill-considered decisions — including the expansion of universities without consideration for graduates' futures. The proliferation of graduates is becoming more obvious as the job market in Iraq is declining. The competition for government jobs is strong, so recent high school graduates hedge their bets by enrolling in fields that ostensibly could lead to jobs in the private sector, such as law. Moreover, it's relatively easy to gain admittance to a bar association. Under Iraqi law, conditions have been simple: Besides a good resume and good conduct, Iraqis just needed a law degree from a college accredited by the government.

The bar association on Sept. 5 did toughen admission conditions somewhat. Applicants now must file a form of several pages providing the names of five lawyers from the association chamber in the applicant’s province who endorse the applicant. However, it remains to be seen if these procedures will help slow the flow of new applicants, and the changes do nothing to address the current overcrowding.

The Utafiyah Court has been registering at least 40 new lawyers a week in recent months, unemployed lawyer Iyad al-Jomaa said he was told by a court delegate. Jomaa told Al-Monitor that because there are so many lawyers, some of them are settling for a pittance not more than 25,000 dinars ($21.15) per case for their services.

Former head of the Iraqi Lawyer Union Diaa al-Saadi cited this lack of negotiating power in his critique of the draft of the new Iraqi Bar Act. Also, he noted lawyers often face criticism and sometimes threats from all sides — law enforcement officials, judges and even clients — and are powerless to remedy the situation as they can't afford to offend anyone.

Majed Najm Abdullah, from the directorate of the bar association chamber in Najaf, said there are now 4,000 chamber lawyers, which is a large number for a province with a population of not quite 1.5 million people. The chamber has become one of the largest in Iraq.

Lawyer Mohammed Mazloum of Najaj said he has been working in law for six years and still struggles to find enough clients to support himself. The large number of senior lawyers with extensive experience and knowledge in many courts leaves little left over for the thousands of young lawyers. According to Mazloum, some retired state employees have even obtained law degrees from unaccredited private universities and are practicing law despite their old age, which increases the competition even more.

Mazloum agreed with his colleague Jomaa that lawyers are settling for very low wages, yet are working harder than ever because of the complicated legal, administrative and legislative measures in Iraq. In addition, administrative corruption hinders the legal process, Mazloum said.

The draft bill, submitted for parliamentary review in December, demands the establishment of an oversight board and bans government retirees from joining the bar association. However, the draft bill is still being debated. Moreover, according to Saadi's published article on the draft bill, the bar association is also partly to blame for the current situation of lawyers in Iraq because it has failed to protect them and act in their best interests.

The lawyers' dilemma reflects Iraq’s overall development crises. The problem of Iraq’s rentier economy, which is reflected in the labor market and where the economic wheel is linked to oil, has caused rampant corruption in the state’s institutions, where employment and posts are based on partisan connections and affiliations, according to Salim al-Wardi in his book “Oil Tyranny in Contemporary Iraq,” published in 2013.

The economic crisis is also weighing heavily on professions that do not require political support or string-pulling, such as the legal profession. One could also say that many have pursued the "easy" option of a law career — but they lack other options.