Disputes emerge between lawyers in the Iraqi Kurdistan region in reaction to a new law allowing foreign lawyers to practice their profession there. 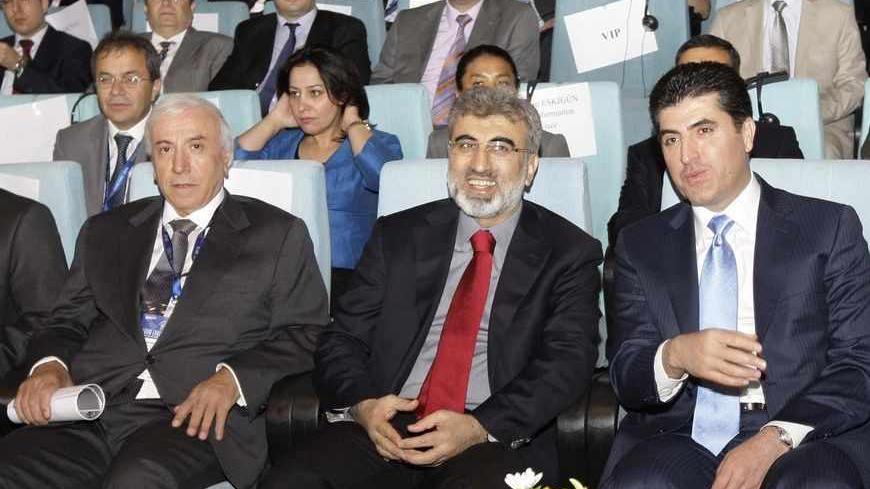 Lawyers in the Iraqi Kurdistan region objected to the recent amendment to the bar association law, introduced by the Iraqi Kurdistan parliament. This amendment allows foreign lawyers to practice their profession in the region, especially those specializing in rare fields, such as the oil and gas sector and the investment sector.

During its ordinary session held on May 21, the Iraqi Kurdistan region’s parliament ratified Article 3 of the proposed draft amendment to the bar association law, and added subparagraph 3 to Article 19, paragraph 1, allowing foreign lawyers to practice law in the Kurdistan region according to the principles set forth by the law. After MPs deliberated among themselves and listened to one another’s opinions, the article was voted on and obtained the majority of votes (according to a statement issued by parliament).

The amendments proposed by the Kurdistan Regional Government (KRG) came following the economic boom witnessed in the region, especially in the oil and gas sector. There are dozens of foreign companies operating in this sector, not to mention the existence of investments estimated at more than $26 billion at the end of 2012, according to the statistics issued by Kurdistan Board of Investment. Moreover, the statistics issued by KRG Ministry of Trade and Industry indicate that there are more than 2,250 foreign companies operating in the region.

Attorney Dara Hussein Rwandouzi said that the amendment represented a harmful blow to lawyers in the region and harmed their credibility. He blamed the region’s bar association for approving such an amendment.

Rwandouzi told Al-Monitor: “This paragraph, which was added to the law, was not included in the recommendations approved by our last conference held last year, and it was not subject to referendum. It was ratified by the parliament without the knowledge of any lawyers in the region.”

Rwandouzi noted that there are around 6,000 lawyers in the region and new graduates cause this number to increase every year. He warned that this high number will become a major burden on the government if foreign lawyers were allowed to practice their profession in the region, as this will cause unemployment among Kurdish lawyers.

Rwandouzi confirmed that the “KRG requested this amendment under the pretext that there is a lack of experienced lawyers in the region. We consider this an insult, as Kurdish lawyers have pleaded before the Supreme Iraqi Criminal Tribunal.”

He confirmed that Kurdish lawyers submitted a memorandum to Iraqi Kurdistan Region President Massoud Barzani requesting him not to ratify the law and to refer it back to parliament to cancel the amendment. Rwandouzi continued, “Following the referral of the draft amendment to parliament, it shall be referred to the bar association, who shall either ratify it during the next conference or hold a referendum on it.”

Moreover, Article 10 of the Law of the Presidency of the Kurdistan Region of Iraq specifies that “the president of the region is authorized to promulgate laws enacted by the Iraqi Kurdistan National Assembly (KNA) within 10 days as of the date of their enactment. The president may completely or partially object to these laws and refer them back to the assembly for re-examination. The assembly’s decision on these referred laws shall be deemed final.”

The chairman of the Kurdistan Bar Association, Wirya Saadi, indicated that the association agreed on this amendment, in cooperation with the government. The bar association supports referring the matter to its board, instead of keeping it in the hands of the Court of Cassation, and on issuing instructions in this regard as an association.

Speaking to Al-Monitor, Saadi added, “There is a decision from the Court of Cassation that allows foreigners to practice law in the Kurdistan region. This law applies to all those who are not part of the association. The purpose of the amendment was to put the ball in the court of the association’s board to agree or disagree on allowing foreign lawyers to practice in the region.”

Article 5 of the law governing the bar association in the Iraqi Kurdistan region specifies the following: “Any lawyer registered with another bar association shall be entitled to plead before all of the Kurdistan Region’s courts in accordance with his jurisdictions that are similar to those conferred to a member of this bar, provided the reciprocity principle is applied and following the president of the bar association’s approval or the vice president’s approval in the former’s absence.”

Burhan Rashid, a member of the legal committee in the Kurdistan regional parliament, told Al-Monitor that the government sent the parliament two laws for amendment, and they [the MPs] saw the need to make the amendments and allow foreign lawyers with rare specializations to work in the region.

Moreover, he affirmed that the amendments will be added following instructions from the Iraqi Kurdistan Bar Association.

In this context, oil expert Wajid Shaker asserted that “international oil companies cannot rely on a lawyer who has no experience in oil contracts or in the oil, gas and investment fields. Moreover, this does not only apply to lawyers, but also to economists who haven’t worked in the oil field and who do not know anything about oil contracts, which have their own specifications.”

Shaker added that even the local and civil courts are not responsible for deciding on special disputes in oil contracts. In fact, there are international trade courts in some global capitals that specialize in settling such disputes between oil companies and contractual parties.

Shaker stated, “Whether a foreigner or a national, if the lawyer does not have a specialization in the field of oil, he cannot look into oil matters.”