Is Netanyahu ready to join forces with opposition leader?

According to Prime Minister Benjamin Netanyahu, after a year and a half of negotiating with Zionist Camp leader Isaac Herzog the possibility of a unity government, the time might have come for this to happen. 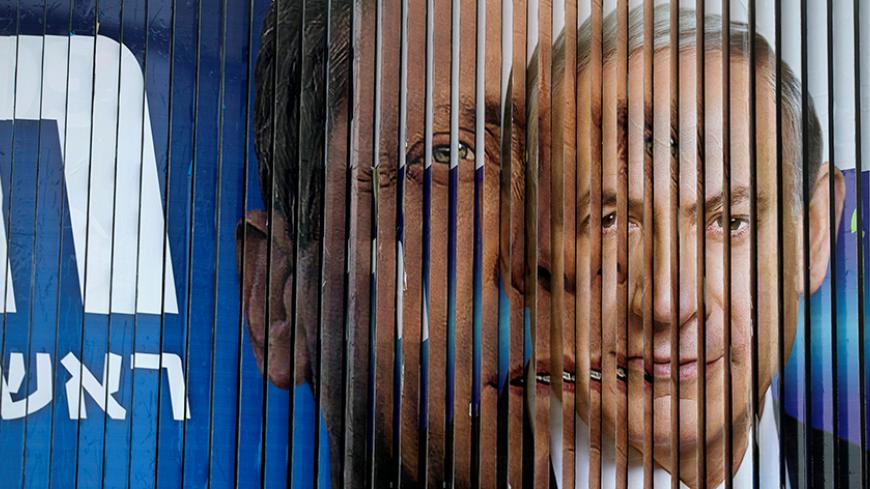 The secret contacts of Prime Minister Benjamin Netanyahu with opposition chairman Isaac Herzog on his joining the government with his Zionist Camp Knesset faction began immediately following the last elections in March 2015, and have been going on since. Both sides are interested. Netanyahu has been a caretaker foreign minister, saving the job for Herzog. Nonetheless, time after time these contacts end in bitter disappointment for Herzog, who is careful to deny their existence. The most recent report emerged last month, when Channel 2 disclosed that a secret meeting had taken place between the two men at Netanyahu’s private residence in Caesarea. That reported meeting was also denied, but Herzog seems to have finally understood that the window of opportunity for joining the Netanyahu government is gradually closing.

A senior political source told Al-Monitor on condition of anonymity that at one point, Litzman suddenly turned to Netanyahu and asked, “Why aren’t you updating us about talk of a unity government?” Netanyahu responded, “There’s nothing new, but I make no secret of the fact that I want them to join the government.” Litzman was insistent. “Are you sure?” And Netanyahu, rather than move on to the next topic, answered, “Yes, I’m sure, but since you’ve already asked, do you have any objections to the Zionist Camp joining the coalition?” He then went on to ask each of those present whether they would be willing to accept Herzog. All answered in the affirmative.

This might have been viewed as a spontaneous exchange, were it not for the fact that anyone who knows the parties involved, especially Netanyahu himself, understands that there was nothing random in such a conversation between him and the heads of the coalition factions. One cannot completely rule out that Litzman’s question was invited by Netanyahu, as the Zionist Camp suspects. Netanyahu is a crafty old hand at repulsing questions he doesn’t like. In this case, not only did he not ignore Litzman, but he expanded on his question, creating the sense that things were happening behind the scenes. This all took place in the absence of the government’s two right-wing standard bearers: Liberman and Bennett, with the latter possibly having to pay the price and finding himself on the opposition benches if Herzog joins Netanyahu.

Growing American pressure for a resumption of the diplomatic process before US President Barack Obama leaves office makes Herzog even more attractive to the prime minister. Netanyahu does not know for sure how far Obama will go in his remaining months in office. As Ben Caspit wrote for Al-Monitor Sept. 26 regarding Netanyahu’s nightmare scenario, the prime minister fears that if Hillary Clinton is elected, the Democratic presidential candidate will give Obama a green light to go all the way during the transition period until she is sworn into office and to push through a UN Security Council resolution recognizing a Palestinian state. This is a very disturbing scenario for Netanyahu. Inviting Herzog to join the government and appointing him foreign minister — in charge of diplomatic negotiations with the Palestinians — could turn things around. Herzog and Netanyahu have already spoken privately about a diplomatic move in the region. Herzog got the impression that Netanyahu understands the importance of the issue.

In his two previous governments, Netanyahu signed up ahead of time a center-left party to join his right-leaning government to soften American attitudes toward him on the Palestinian issue. In 2009, it was former Prime Minister Ehud Barak and the Labor Party; in 2013, there were Tzipi Livni and Yair Lapid, of the Kadima and Yesh Atid parties. A veteran Netanyahu associate told Al-Monitor on condition of anonymity, “Netanyahu believed at the time, and does now too, that it is always good to have in his government a center-left party as a type of diplomatic shield. That’s why he hasn’t given up on Herzog. Who knows, maybe something will come together around Obama’s participation in the funeral” of President Shimon Peres.

Senior Likud officials are also concerned by the strong surge of Lapid and his Yesh Atid Party in the polls. According to them, assuming the position of foreign minister would improve Herzog’s public image by putting him at the forefront of Israel’s diplomacy as he tries to convene a regional peace conference. They hope that by doing so, the head of the Zionist Camp would overshadow Lapid’s self-appointed international diplomatic missions and restore to his party at least some of the votes it has lost to Yesh Atid. This, too, is part of Netanyahu’s considerations, with Lapid currently presented in the polls as Netanyahu’s major rival for premiership.

Another element making the current political maneuvering Herzog’s almost final opportunity are his Labor Party primaries (Labor is the major partner within the Zionist Camp) set for July 2017, which leave him little time to carry out this dramatic move.

The most interesting question being asked in the political arena is whether — unlike previous opportunities — Herzog is near to realizing his dream of being appointed the foreign minister of the State of Israel. If there has, indeed, been progress behind the scenes, it will have to turn into something tangible pretty soon. At the end of October, once the Jewish High Holidays are over, the Knesset comes back from its summer break. The winter session starts with presentation of the state budget. The Zionist Camp, which is the main opposition party, has already put together an aggressive campaign against the budget.

This time, too, Herzog denied the resumption of his talks with Netanyahu, but his party has found out the hard way that his denials have nothing to do with his efforts to join the Netanyahu government. His decline in the polls (his party would get 12-13 Knesset seats as opposed to 24 it now has) — and the fact that within less than a year he will have to run once again for the party leadership — makes him highly suspect: In one fell swoop he can exchange his battle for political survival with a term as foreign minister and make himself relevant anew. Will he manage to push through the party institutions a motion of approval for joining the government?

According to the assessment of senior Labor officials close to Herzog, he will. But the price could be an internal split: Some of Labor’s Knesset members will follow him, while the rest conduct themselves as self-appointed backbenchers.